Berkeley, CA (September 16, 2021) — The New Leaders Initiative of Earth Island Institute announces the recipients of this year’s Brower Youth Awards. The award winners will be honored at a two-part virtual event on October 14 and 19. This is the 22nd year of the annual Brower Youth Awards, the premier environmental youth award in the country. 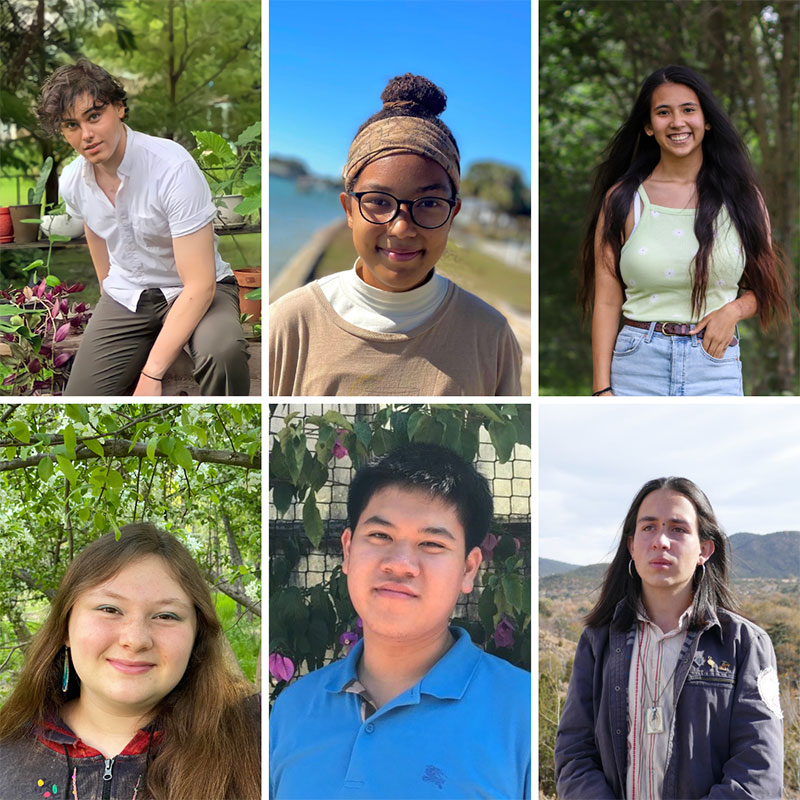 From climate justice to water conservation to plastics pollution, this year’s awardees are tackling some of the biggest environmental challenges of our time.

“The Brower Youth Awards is always an inspiring and uplifting event, a great opportunity for young environmental leaders and supporters to come together and look toward a bright future,” said Mona Shomali, director of the New Leaders Initiative.

Earth Island Institute has been hosting the awards program through its New Leaders Initiative (NLI) program, and in honor of the organization’s founder, legendary environmentalist David Brower.

The New Leaders Initiative provides cutting-edge, innovative programming to help build the capacity of young, emerging environmental activists throughout the United States. Every year, six young people based in North America are each awarded a cash prize of $3,000.

This year’s winners are:

Alexandria Gordon, 21
St. Petersburg, Florida
Inspiring Campuses to Go Plastic-Free
During her second week at Eckerd College, Alexandria Gordon began working with the student-run nonprofit Florida PIRG to register young people to vote. Her efforts helped increase voter turnout by 350 percent at her local precinct during the 2018 midterm elections. Encouraged by this success, Gordon decided to use her new organizing skills to address environmental problems, so she launched a campaign through Florida PIRG to get the college to sign the “Break Free From Plastic Pledge” and eliminate all nonessential single-use plastics on campus. Read more.

Alexia Leclercq, 21
Austin, Texas, and New York City
Bridging the Gap Between Climate Education and Action
Growing up, Alexia Leclercq saw that climate change and environmental issues were framed as a future crisis rather than a present issue disproportionately impacting communities of color. So in 2019, Leclercq cofounded Start:Empowerment (S:E), an environmental justice education nonprofit focused on bridging the gap between education and action. Read more.

Sonja Michaluk, 18
Princeton, New Jersey
Encouraging Rigorous Citizen Science
Sonja Michaluk started on her path of scientific research, advocacy, and education when she joined a freshwater bioassessment team at The Watershed Institute as an eager six-year-old. Since then, in her work as founder, in 2017, of the Conservation Communities Initiative, she’s helped secure several big wins for aquatic environments. Read more.

While the Brower Youth Awards is NLI’s flagship event, NLI’s core goal is to support young environmental activists throughout the year. NLI provides youth with several programs, including fellowships, microgrants, mentorship, networking events, and access to resources and relationships that will help them lead and sustain successful campaigns and projects.