Writing for the Trees

Years ago I got an alert from an environmental group urging me to write my congressman in support of a wilderness bill. In addition to writing my congressional representative in Montana, the nonprofit suggested I turn my comments into a letter to the editor. Their reasoning was that, if published, such a letter would reach a broader audience. So I dutifully sent off a letter to my congressman at the time, Ron Marlenee, as well as a letter to my local paper, the Bozeman Daily Chronicle. 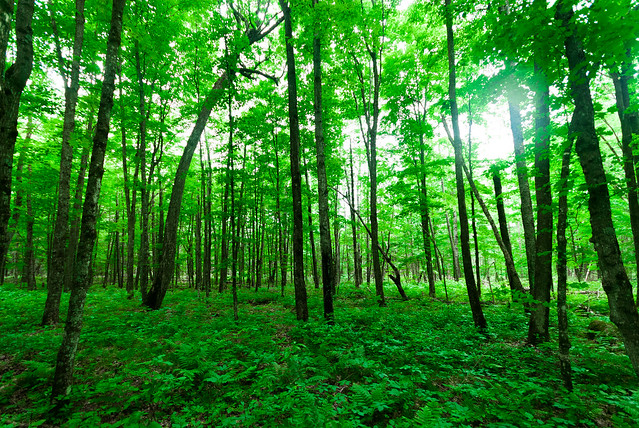 Later, a friend of mine who worked as an aide to a senator mentioned that one of his responsibilities was to monitor letters to the editor in Montana. The reason? His boss assumed that for every letter published on any subject, there were at least 100 other people who held the same basic opinion. It was a good way to keep a finger on the local pulse.

At that point, I upped my letter writing activity.

My main personal and professional interest is public lands management. In particular, I focus on the designation of new parks and wilderness areas, livestock grazing, endangered species conservation, energy development, climate change, wildfire, and forestry policy. I am trained as an ecologist. Indeed, between my undergraduate and graduate studies, I have taken 30 or so courses that are ecology-oriented. I have also worked as a biologist and ranger for several federal agencies.

So I can’t help but notice when people – particularly reporters – get the ecology wrong. Most journalists don’t have any particular training in science, especially ecology, nor the time to do in-depth research into complicated issues. As a result, the tendency is to resort to a “he said, she said” article format that treats all scientific assertions as though they are equally true. For example, a reporter might quote a conservative congressman who says that the climate is always changing, and then quote a climate scientist who says global warming is the result of humans burning fossil fuels. These two viewpoints are not equally valid, though they may come across as such in the article.

In order to work effectively, a democracy requires educated voters. So in 2016 I started Public Lands Media with the goal of supporting a more informed citizenry. Our mission is to provide non-partisan, scientifically-informed commentary on public lands issues like wildfire ecology, the impacts of climate change, and the ecological implications of livestock grazing. Through my work with Public Lands Media, I publish an average of five to ten editorials a month in various newspapers and online publications.

In addition to publishing commentary and op-eds, I work directly with reporters to educate them on ecology-related subjects and provide them with scientific references that can be incorporated into their articles. Sometimes this means I am quoted in the papers or on a radio report; other times it just means journalists have studies on hand that can illustrate an idea in their story.

But it’s not just reporters who lack the time to become intimately familiar with the “weeds” of complex ecological subjects. Many conservation groups also struggle to accurately communicate scientific information. So I aid nonprofits that are working on certain conservation issues, providing them with references, contacts, and insights that they can use in their work.

Letter by letter, source by source, I work to fortify public understanding of complex ecological issues. I can only hope that other members of the public, too, will put pen to paper in the interest of conservation.

Learn more about this Earth Island Institute project at: bit.do/publiclands