Last year was challenging on many levels. Projects and programs designed to preserve and protect national treasures and create an inclusive global mindset came under threat. Our vision of a global village, with myriad cultures and traditions sharing technology and resources, has become far more difficult to cultivate. 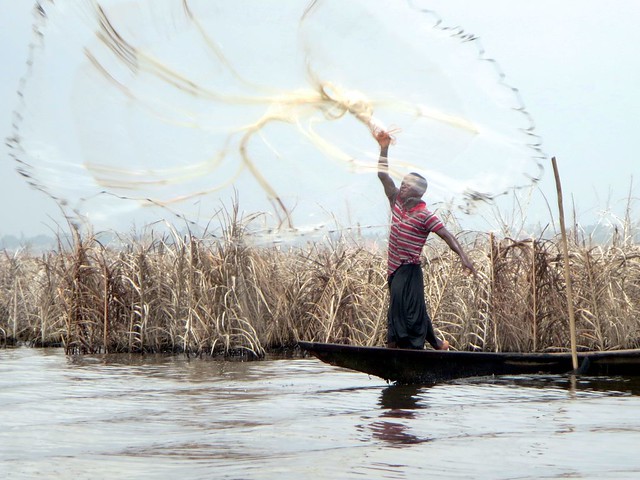 Still, at a time when our nation is estranging longtime allies, and parts of our own country seem foreign to many, travel is one of the only ways we have to reinvent ourselves, to rise above the folly around us and show the world who we really are. “To travel,” as Aldous Huxley once wrote, “is to discover that everyone is wrong about other countries.” And to travel with open minds and hearts is to be reminded that the humanity we share is stronger than the forces that would isolate us.

Travel is thrilling, inspiring, even life-changing. It’s also one of the world’s most powerful economic engines and can drive the way whole countries treat their people, oceans, and wildlife. This means that travelers have enormous power. Where we put our footprints, and our dollars, has reverberations that reach far beyond our personal experience. By “voting with our wings” – choosing our destinations well and cultivating our roles as citizen diplomats – we can change the world for the better.

Every year, Ethical Traveler reviews the policies and practices of dozens of nations in the developing world and selects ten “Best Destinations” that are doing the most impressive job of promoting human rights, preserving the environment, and supporting social and animal welfare – all while creating a lively, community-based tourism industry. No country is perfect, but each of our winners is making a genuine effort to “do the right thing” in the areas we take into consideration. We urge you to explore these destinations and to enjoy the wonderful sights that they have to offer.

Belize made major voluntary commitments last year to secure its fisheries as an engine for sustainable development, established the first-ever nationwide ray sanctuary, and introduced legislation for a moratorium on offshore drilling. A new shark species was also discovered in the Belize Barrier Reef, the longest barrier reef in the Northern Hemisphere and a unesco World Heritage Site. The discovery is a positive indicator of the state of the country’s waters. However, Belize has not yet delivered on promised protections for the reef, leaving it exposed to threats.

Benin abolished the death penalty in 2017 and began a campaign to end child marriages. The West African nation also announced plans to invest $850 million in 277 new socioeconomic projects, including creating 500,000 new jobs and 20,000 housing units, as well as investments in key tourism, infrastructure, and urban development ventures. The country is also partnering with the Millennium Challenge Corporation to modernize its power sector. Unfortunately, Benin faces a tragic 2.5 percent annual deforestation rate, one of the highest in the world. The government is trying hard to tackle this problem by establishing a timber traceability system.

Chile’s victims of “disappearances” under Pinochet finally found some justice last year as 19 former Pinochet agents were convicted and sentenced to prison for torture, kidnapping, and murder. Lawmakers also began talks on legalization of same-sex marriage and upheld a law allowing abortion under certain circumstances. Chile is actively increasing its solar power capacity, and last year the Chilean government rejected plans for a billion-dollar mining project due to its potential environmental impact. In terms of animal rights, the Humane Society International recently won agreement from one of Chile’s large food companies to switch to cage-free eggs and crate-free pigs by 2025.

Colombia’s lbgtq rights continued to improve in 2017: A measure to ban same-sex couples from adopting children was defeated in the House, pension rights were awarded to gay couples, and individuals are now able to request gender changes to identification documents. The South American nation has cut poverty in half since 2002, and continues to make improvements in areas like life expectancy, schooling, and gross national income. Although Colombia faced a dramatic rise in deforestation last year, President Juan Santos has doubled the number of hectares under environmental protection. Unfortunately, Colombia has done little to address animal rights issues: Cockfighting and bullfighting remain legal.

Costa Rica’s president opened the door to 10 million “stateless” people in November as part of a broad effort to address the regional refugee and displacement crisis. The country plans to be carbon neutral by 2021, and for the first half of 2017 nearly 100 percent of its electricity came from renewable sources. Plans for the El Diquís dam – which would have had a devastating impact on Indigenous communities – were blocked in court. And in a historic 2017 ruling, a court imposed the first-ever criminal charges for the illegal trade of shark fins. Costa Rica is also one of the few countries that have banned the export of hammerhead shark fins, but President Luis Solís’ administration has been campaigning to lift the ban since it was imposed in 2015.

Mongolia stands as a beacon for nations wishing to pursue green growth, aligning national policies and targets with inclusive green economy principles, UN Sustainable Development Goals, and the Paris Agreement. It has committed to reducing greenhouse gas emissions by 14 percent by 2030, and has instituted a Green Credit Fund aimed at developing green investment methods and boosting environmentally friendly economic development. In 2017, Mongolia also developed policies to promote animal health and educate herders on better livestock care. Mining, however, continues to be a major environmental threat for Mongolia: In 2017 the government moved to open 21 percent of the country to exploration.

Palau is well known for its environmental record. The country has set aside about 80 percent of its maritime territory as a sanctuary, and is working to drastically reduce shark finning in all its territorial waters. Visitors to this tiny island nation must now sign the “Palau Pledge,” committing to protect the island nation’s natural and cultural heritage. Palau has also made significant gains with respect to improving gross national income, sustainable development, and gender equality.

St. Kitts & Nevis now enjoys Freedom House’s highest score in political rights and has taken numerous steps to empower women. Last year, the island nation became one of only eight countries in the world recognized by the World Health Organization for eliminating mother-to-child transmission of both HIV and syphilis. The government is moving to develop a national climate change adaptation strategy to build climate resilience.

Uruguay continues to rank first in Latin America on measures of democracy, peace, and lack of corruption, and first in South America for press freedom and prosperity. However, it does still have some areas of concern, including violence against women. On the environment front, Uruguay continues its resolve to achieve carbon neutrality by 2030. Already, nearly 95 percent of its electric power comes from renewables. And Uruguay, along with four other nations, continues to push for establishment of a South Atlantic Whale Sanctuary, though so far, the International Whaling Commission has rejected the idea. The country could, however, do more for its livestock, particularly with respect to treatment of livestock.

Vanuatu puts sustainability at the forefront of its political agenda, and last year the World Bank announced a $4 million project to promote access to renewable energy in the tiny nation. Though biodiversity in Vanuatu is declining, the government recently adopted a comprehensive policy to ensure conservation and sustainable management of its ecosystems, address risks posed by natural and manmade disasters, and foster and maintain the country’s diverse human cultures. Additionally, the prime minister has called for a ban on the use and import of single-use plastic bags and bottles. The country could make improvements in lbgtq policy, violence against women, and human trafficking.

Learn more about this Earth Island Institute project at: ethicaltraveler.org