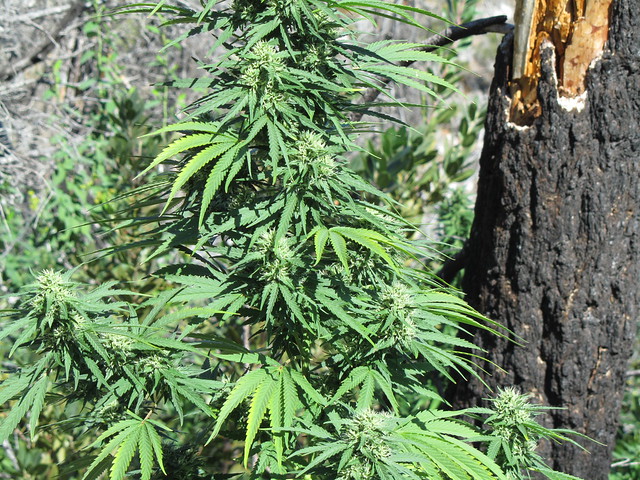 photo by USFS Region 5 / FlickrThere are several types of growing operations in Humboldt county, including covert trespass operation on public and private land.

Growing in Humboldt comes in many shapes and sizes. There are the trespass growers who slink onto public and private land and set up covert grow operations; there are the indoor operators who use bright lights and imported soil; and there are the quasi-legal growers who farm on their own land in a largely unregulated landscape.

All of these of these operations come with their own environmental tolls, tolls that have grown in recent years as prospectors have descended on the region in anticipation of legalization. The gravest impact has been on local waterways, which are simultaneously depleted and filled with sediment. Scott Greacen, executive director of the nonprofit Friends of the Eel River, describes the dewatering of local streams – caused by a combination of water diversion and long-term drought – as an “acute heart attack-like problem” that can leave creeks bone dry in the summer months. Sedimentation, on the other hand, is a “chronic, cancer-like problem” that pollutes the streams and buries gravel beds used by spawning Chinook, coho, and steelhead salmon.

These impacts of marijuana-driven development are compounding the damage wrought by decades of resource extraction in the region, including industrial fishing and logging. “The weed industry, at its recent levels of impact, would not have been devastating in the immediate way that it has been for our crippled salmon runs if it weren’t for that historic level of impact,” Greacen explains. “But that doesn’t mean the weed industry is sustainable in the package it’s in right now.” 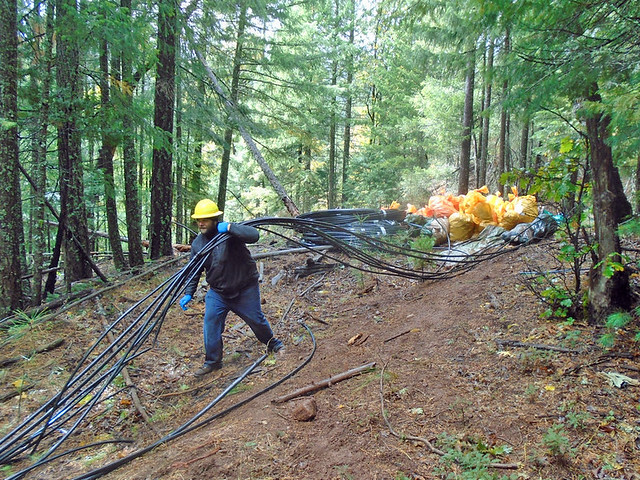 There are other environmental consequences of widespread cultivation too. Trespass growers are heavy-handed in their use of water-polluting pesticides; farmers apply rodenticides that protect young seedlings, but can kill wildlife like the struggling Pacific fisher; generators emit greenhouse gases and contribute to noise pollution, which Scott Bauer, senior environmental scientist with the California Department of Fish and Wildlife, says may be harming bats and endangered spotted owls.

Then there is the land clearing, hillside grading, and overall forest fragmentation that comes with thousands of grow sites. “There are just so many sites now,” says Bauer, whose agency started noticing a proliferation of grow sites in the early 2010s. “There are three-acre openings across the entire forest … It is much more of a general environmental degradation issue now.”

In November, Californians voted to legalize recreational marijuana, a decision that Greacen says could, in the short-term, open the county up to “an increase in the already rapidly accelerating Green Rush.” On the other hand, the legalization measure, Proposition 64, ensures that a portion of the taxes retrieved from the industry will be used to fund environmental remediation of public lands damaged by marijuana cultivation in the Golden State. Some analysts say it could also nudge the feds towards legalization, ending the environmentally destructive black market.

For now, curious minds will have to wait and see whether they can have their greenery and smoke it too.