The Music of Home

In Review: Sounds Wild and Broken: Sonic Marvels, Evolution’s Creativity, and the Crisis of Sensory Extinction

“The ear is an eye,” Wallace Stevens once wrote. Every sound announces presence, every place has a soundscape, as unmistakable as a Broadway revue. We may take Earth’s wealth of voices for granted, but, as David George Haskell reminds us in Sounds Wild and Broken, life started to make and detect sound only recently within the geological timeframe. For three billion years, sponges, sea fans, and jellies were deaf and mute. A sonic breakthrough arrived via cilia, eyelash-like structures embedded in cells, or skin, or fluid-filled hearing organs, which fostered the ability to receive sounds. 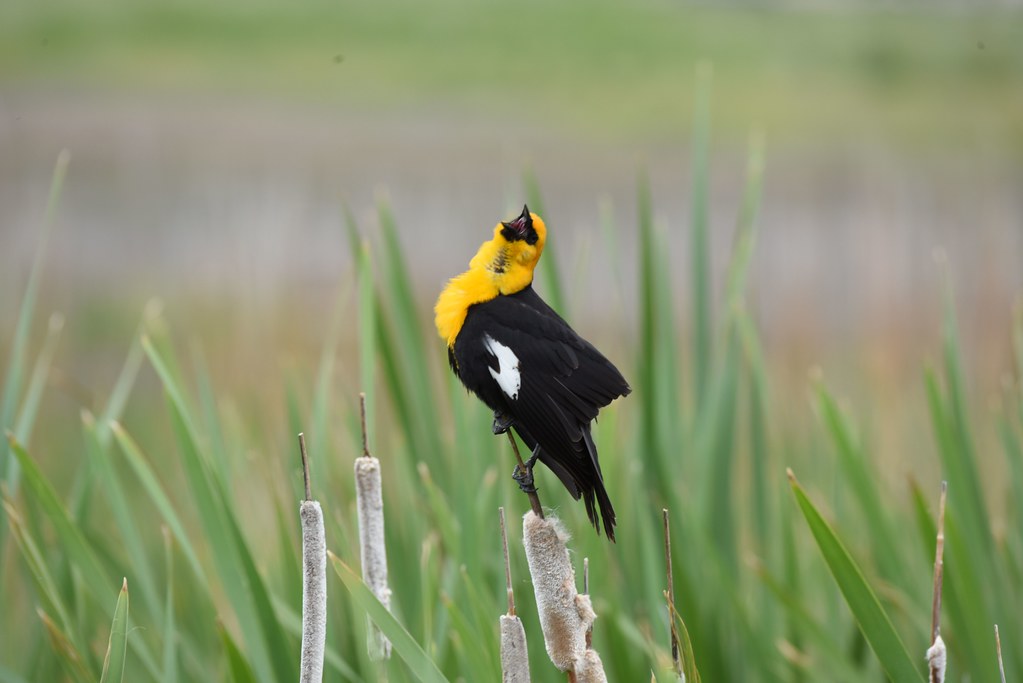 City blackbirds warble louder, faster, and at higher pitches than their country cousins to compete with anthropogenic noise like the hum of cars and honking of horns. Photo of male yellow-headed blackbird by Wayne Watson / USFWS.

In a whirlwind tour of the planetary biota’s coming-of-age, Haskell traces the origin of what so delights him: melodies that arose with insect pollinators, mammals, and latter-day saurians — birds. Drawing on fieldtrips and lab experiments, he explores this innovation in sound-making, from the marvelous to the mundane. He lowers his hydrophone into the water among snapping shrimp, as they snap their claws to create water jets and bubbles to kill prey. The volleys also signal territoriality and repel competition. They even foiled navy sonar. During World War II, allied submarines off the coast of Japan routinely hid in the racket of shrimp.

The shrimp are far from alone in their noisiness. In their neighborhood, croakers grumble, perch utter “stammering bursts of knocks,” and bleating toadfish exercise their swim bladders — “underwater loudspeakers” — to lure mates. The ruckus rivals that of an oak-pine forest.

Unsurprisingly, Haskell is attuned to the music of written language; his sonic descriptions ring with the truth of poetry. Our first, pre-natal, sensation is “the hum and throb of an aquatic cocoon,” the mother’s “surging blood, breath flowing in lungs, and churning digestion,” plus muffled outside noises. Courting tree crickets “twine their songs into a sweet and almost unvarying drone,” and katydids rasp the titular “snappy, buzzy triplets,” before a jet drowns out the insect sonata with a sound that “starts as a thread on the southern horizon, fattens to a heavy, rough rope,” and “then tapers to a frayed, rumbling tail.”

Which encapsulates a main theme of the book: the fragility of it all. As the climate heats up and development alters habitats, many songbirds, insects, and frogs drop from the chorus line. Expanding their range opportunistically, different singers may take their place, though too often, the niche is left vacant.

In some instances, animals have changed their calls to surmount human cacophony. City blackbirds warble louder, faster, and at higher pitches than their country cousins to compete with the hum of cars and honking of horns. They changed the composition of their songs also, substituting higher-pitched elements for lower, introductory passages. When the COVID pandemic curbed San Francisco’s traffic noise to levels comparable to the 1950s, the city’s white-crowned sparrows lowered their pitch and volume. Anthropogenic noise leads to poor health outcomes, learning disabilities, and stress in humans as well.

Listening as a habit, in Haskell’s words, is “a window into life’s creativity, and a political and moral act,” and sometimes, a “heartbreaking practice.”

Thanks to the passion and diligence of a few bio-acousticians — trained scientists as well as amateurs — and Haskell’s profound prose, readers of Sounds Wild and Broken get to eavesdrop on cloistered conversations: rainforest mice trilling, croc offspring chirping, spiny lobsters yelping in self-defense. Hopefully, the hard-won insights he offers will ensure that against the din of outboard motors, excavators, TVs, turbines, and ATVs, nature’s polyphony keeps being heard and efforts to save rich soundscapes will continue.

Michael Engelhard is the author of Ice Bear: The Cultural History of an Arctic Icon. He lives in Fairbanks, Alaska.