In the Marrow of Our Bones

On March 20, scientists from 11 countries convened by the World Health Organization’s International Agency for Research on Cancer released their unanimous conclusions about the world’s most used herbicide, glyphosate. In a paper that would be published in The Lancet Oncology, the experts concluded that the herbicide is “probably carcinogenic to humans.” Yes, you read that right: The most widely used herbicide in the world probably causes cancer in humans. Barely used on US cropland as recently as 1992, by 2012 an estimated 250 million pounds were being used, mainly on genetically engineered corn and soybeans.

The biotech giant, Monsanto, whose main source of profit is corn and soybeans genetically engineered to withstand its proprietary version of glyphosate, Roundup, immediately disparaged the findings, accused the experts of “cherry-picking” the data, and called on the WHO to withdraw the claim. 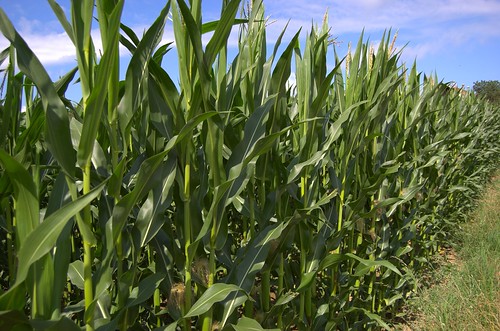 But for those who’ve been tracking research on the interactions between man-made chemicals in our environment and our health, these results are part of a wave of new understanding about how chemicals, even those previously presumed safe, can harm us.

In just the past two decades, there has been a sea change in our understanding of how chemicals impact our health. In part, this new understanding has come out of decisions in the mid-1990s at the National Institute of Environmental Health Sciences (NIEHS) and the Environmental Protection Agency to fund studies on the connections between children’s health and chemical exposure.

One of these NIEHS grants went to a team at UC Berkeley to develop a study of farmworker women in the agricultural region of the Salinas Valley in Central California. Started in 1998, the Center for the Health Assessment of Mothers and Children of Salinas (CHAMACOS) study enrolled more than 600 pregnant women to measure their chemical exposure and track their children’s health through age 16. CHAMACOS – its acronym means “little children” in Mexican Spanish – wanted to investigate the impacts of pesticide exposure, not only on farmworkers, but on all of us.

Today, 1.1 billion pounds of pesticides are used in the US annually. This figure comes from 2007 data, the most recent available, and dramatically underestimates the total chemicals in use. It also counts only a pesticide’s active ingredients, though so-called inert ingredients can be just as toxic.

Sixteen years later, the CHAMACOS researchers have published dozens of scientific papers. They have found farmworker women living near areas where methyl bromide was applied had babies with smaller birth weights, and that mothers exposed to organophosphate pesticides during pregnancy had an increased risk of children with attention problems, lower IQs, and poorer cognitive functioning.

Other prospective cohort studies are confirming this chemical pesticide toll. A partnership between NIEHS, the EPA, and the National Cancer Institute has been following nearly 90,000 agricultural workers in Iowa and North Carolina since 1993. The study is finding that chemical exposure for these workers may be leading to higher rates of some cancers and other health effects, from asthma to neurologic disorders to reproductive problems.

The chemical industry has long touted the notion that “dose makes the poison.” But thanks to cohort studies like these, there is evidence that even low-level exposure, especially during pregnancy, has real health implications.

Then there’s this: An international group of scientists, led by a team at the University of Canterbury in New Zealand, has found that exposure to some formulations of glyphosate and other common herbicides can lead to antibiotic resistance in bacteria, including resistance to ciprofloxacin, commonly used in human medicine.

In 1962, Rachel Carson wrote: “If we are going to live so intimately with these chemicals … taking them into the very marrow of our bones – we had better know something about their nature and their power.” More than five decades later, we know more of their power, but we still have much to learn. In the meantime, advocacy groups are calling on government agencies to take a precautionary approach to chemical approvals. Says Marcia Ishii-Eiteman, senior scientist with Pesticide Action Network, “We must break the cycle of weed resistance that keeps farmers on a pesticide treadmill, and phase out reliance on health-harming herbicides.”

The findings from the WHO about glyphosate are humbling; the latest news about antibiotic-resistance and the popular herbicide even more so. All of this a reminder that there is still so much to know about the chemicals we live with every day, the ones in the very marrow of our bones.