ALERT’s work is centered around community education and healing in the aftermath of catastrophe.

On March 23, 1989, marine toxicologist Riki Ott gave a talk to the Valdez, Alaska Mayor’s Committee about the impact of oil spills on ocean ecosystems. Using crepe paper creatures and magnets, she showed how oil droplets move up the food web when fish consume tiny crustaceans that are contaminated with oil particles.

Ott’s message to the committee was clear: As long as oil was being shipped through the region, the health and well-being of people and the environment there were in danger. The city of Valdez needed to develop a viable contingency plan to be able to respond in the event of an oil disaster. “It is not a matter of if,” she told the committee, “but when.” 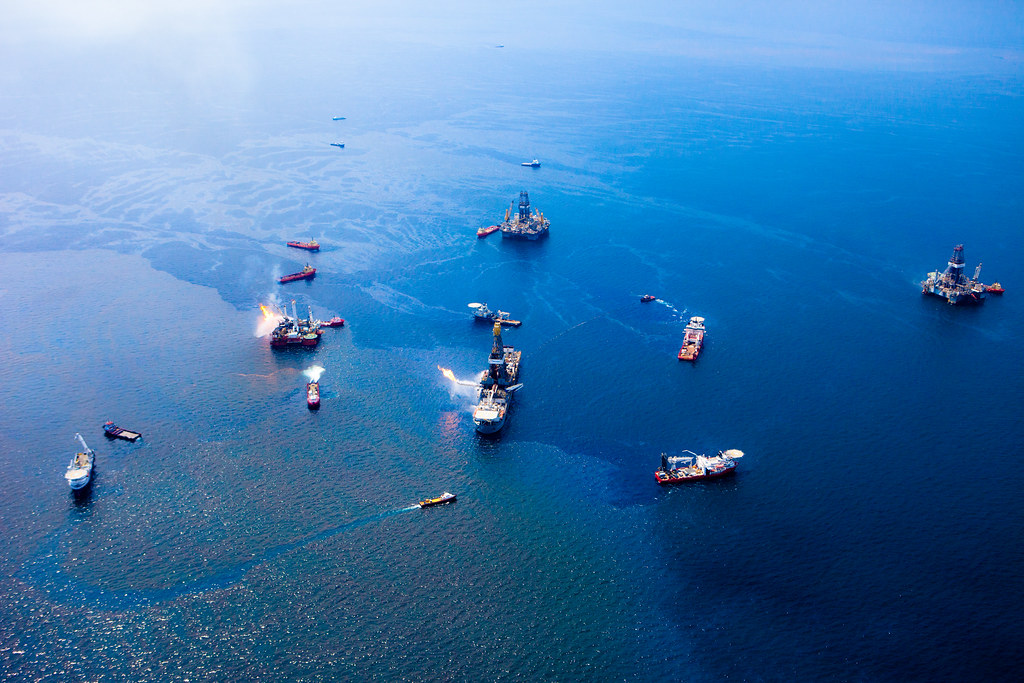 As long as oil is being shipped through a region, the health and well-being of people and the environment there are in danger, says Rikki Ott. Photo of Deepwater Horizon oil spill by kris krüg.

The very next day, the Exxon Valdez oil tanker ran aground in the Prince William Sound, spilling between 11 million gallons (Exxon’s estimate) and 33 million gallons (the State of Alaska’s estimate) of crude oil. The spill — which at the time was the worst oil spill in US history — affected some 1,300 miles of coastline; killed hundreds of thousands of birds, seals, otters, fish, and whales; and collapsed the fishing economies of shoreline towns. Nearby communities, including Valdez, were exposed to dangerously high levels of toxins, both from the oil itself and from the toxic chemical dispersants used in the oil spill response.

“When an oil spill happens in your backyard,” Ott told the Journal, “somebody steps up [to help.]” After the Exxon Valdez spill, she was that somebody.

For the next 20 years, Ott, who is the founder and director of Earth Island’s ALERT project, dedicated herself to researching and documenting the long-term health impacts experienced by individuals who had been exposed to toxic substances during and after the spill. She harnessed her scientific training and passion for protecting human health and the environment, and became a leading advocate against the use of chemical dispersants in oil spill response.

Dispersants are chemical solvents that break floating oil slicks apart into tiny droplets that can more easily mix with the water. They transfer oil from the water surface into the water column, meaning the oil becomes submerged. While dispersants make an oil spill less visible to the naked eye, they do not actually reduce the amount of oil in the water, and both oil and chemical dispersants are hazardous to marine ecosystems, wildlife, and human health.

“An oil-based, industrial solvent is dumped on oil, and the situation is supposed to be better somehow?” Ott said sarcastically, when describing the harm of using dispersants in an oil spill response. “It isn’t. There is long-term harm.”

After the Exxon Valdez spill, Ott was instrumental in creating guidelines for dispersant use in the Prince William Sound. She also helped draft key parts of the Oil Pollution Act of 1990 that included a citizen advisory council, and she led a citizen-drive to push through a series of state laws strengthening oil spill preparation, response, and financial accountability in Alaska. But as time passed — even as scores of previously healthy people shared stories of becoming seriously ill after working on oil-spill response teams — the media and public’s attention gradually moved on from the issue.

Then, in 2010, the Deepwater Horizon oil rig exploded, spilling roughly 200 million gallons of oil into the Gulf of Mexico over 87 days, and creating an oil slick that covered over 57,000 square miles. When she heard the news, she immediately knew “it was going to be a human-health tragedy,” Ott recalled. 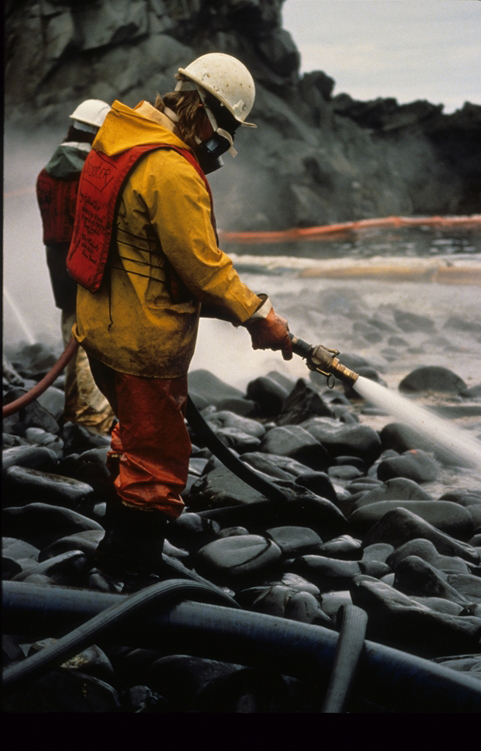 Following the Deepwater Horizon explosion, oil-spill response workers and community members were exposed to toxic oil chemicals and chemical dispersants through their skin and airways. Many people were left with chronic health problems. Photo by Deepwater Horizon Response.

Unfortunately, she was right. Ten days after the spill, Ott went to Louisiana, where she saw fishermen who had been evacuated from their boats with acute respiratory failure. She learned that Corexit — a line of chemical dispersants that have been found to be less effective and more toxic than others — was being applied aerially to the slick and pumped directly into the leak, a spill-management technique that had never been tried before. Such a large volume of Corexit was applied to the spill that, had it been petroleum, Ott said, it would have amounted to the sixth largest oil spill in US history.

Response workers and Gulf Coast residents were exposed to toxic oil chemicals and dispersants through their airways and skin, and emergency response workers were denied proper safety equipment to protect themselves. According to a 2015 Government Accountability Project report, Gulf Coast residents continue to suffer chronic health impacts, including respiratory illness and skin lesions. These ailments are so common that they are locally known as “BP Syndrome.”

“I saw the difference in the oil texture and different ways the oil was changing due to chemical dispersants that we used,” Jorey Danos, a lifelong Gulf Coast resident who helped with the Deepwater Horizon disaster response, told the Journal. “It was changing the water, and it was changing me. I broke out with hives, I broke out with bumps, headaches, fatigue, irritability.”

Corexit is toxic enough to be banned in nearly two dozen countries, but it is still widely used in the US during oil-spill responses. The safety data sheet for Corexit 9527A, one of the dispersants used after the BP spill, notes that it contains 2-Butoxyethanol, a toxin that “may cause injury to red blood cells (hemolysis), kidney or the liver” with “repeated or excessive exposure.”

To learn more about this Earth Island Project, go to alertproject.org

Despite the well-known risks, Corexit and other chemicals are listed — though not technically approved for use — on the US Environmental Protection Agency’s National Contingency Plan (NCP) Product Schedule, a list of products available for use on oil spills in the US.

Use of dispersants is “woven into our country’s oil dependency,” Ott said. Rather than developing oil spill prevention measures and response plans, the industry falls back on dispersants as the foundational contingency plan for dealing with oil spills, she added. And because use of dispersants is, in effect, authorized by the federal government by way of the NCP, which governs oil-spill disaster response, corporations are shielded from liability when people and the environment are impacted — placing the burden of harm on the public.

“It’s like a big externality on their bottom line. If industries were actually held accountable for making people sick,” Ott said, “they wouldn’t be doing this. It would be too risky.”

After decades of working with communities affected by exposure to oil pollutants and chemical dispersants, Ott founded the ALERT Project in 2014, to help concerned citizens develop local disaster response measures and push for policy changes at the federal, state, and local levels. In collaboration with frontline communities, ALERT has developed trainings and accessible scientific resources to help educate residents about the threat of oil-chemical exposure, identify ways to reduce exposure, and build individuals’ capacity to advocate for themselves when it comes to medical care.

This past April, on the eleventh memorial of the Deepwater Horizon spill, ALERT, along with other environmental groups, a Native Alaskan health aide, and a Gulf Coast commercial fisher, filed a motion for summary judgement in a lawsuit seeking to compel the US Environmental Protection Agency to update NCP regulations governing the use of toxic chemicals in oil-spill response. The hearing on the motion is scheduled for July. The suit follows a June 2020 ruling by a US District Court that the Clean Water Act imposes a legal duty on the EPA to update the NCP to reflect current science.