At the heart of the Clayoquot Sound UNESCO Biosphere Reserve, on the west coast of Canada’s Vancouver Island, something astonishing is happening. The Tla-o-qui-aht First Nation has declared a tribal national park that is becoming a global model for social-ecological resiliency. Even as Tla-o-qui-aht recover from the brink of extinction and strive to adapt their ancient ecological governance system to foreign influences, the nation has conceived an Indigenous watershed management methodology that marries the old with the new to form a sustainable livelihoods model that promotes environmental security. 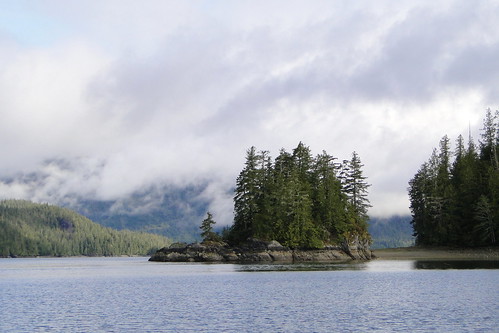 The Tranquil Valley Tribal Park in Clayoquot Sound had been a long time coming. On May 15, 1914 the Royal Commission on Indian Affairs for the Province of British Columbia met with Tla-o-qui-aht chiefs on Meares Island, who spoke strong words about what was then happening to their traditional lands and waters. “When there is another generation of people, three hundred years from now, there will be no timber for them at all,” Chief Joseph said. “It is all taken up by… settlers who surround the reserve all round, and pretty soon there will be no room.” Chief Jimmy spoke next, and said: “We are holding the wood for the people who come after us.”

Seventy years after those words were spoken, the trees continued to fall as logging corporations clear-cut the ancient cedar forests of Meares Island. At that point, the Tla-o-qui-aht moved from polite protest to direct action, filing lawsuits in court and setting up blockades to stop the logging trucks. In 1984, without asking for “permission” from Parks Canada or the provincial government, the nation went ahead and unilaterally declared the island a protected area.

Then in 2014, the Tla-o-qui-aht did it again, this time declaring a tribal park in Clayoquot Sound to prevent Imperial Metals from pursuing a mine in the area.

The tribal parks model embodies a way of thinking that is different from the ideals that inspire other national parks. This is the Nuu-chah-nulth-aht concept of Quu-us – an idea of justice that includes the environment we all share and depend on, and which extends through time to the descendents to whom we are ultimately accountable. The Nuu-chah-nulth-aht tradition teaches that our natural inheritance includes an interconnection of everything: air, water, cedar and salmon, names, language and songs, and even our own selves.

What does that mean for the day-to-day management of these tribal national parks? It means the parks only undertake those activities that can help the people while also safeguarding the environment. That includes educational eco-tourism, renewable energy projects, and value-added natural resource and non-timber forest products. And all of these occur within a long-term view that considers climate change adaptation and what will be in the best interest of future generations – so that we know these lands and waters will still be healthy, as Chief Joseph said, “three hundred years from now.”

Eli Enns (Nuu-Cha-Nulth) is the North American Regional Coordinator for the Indigenous Peoples and Community Conserved Territories and Areas Consortium.