Millions of these poles continue to be coated with PCP, a carcinogenic chemical
Chuck Idol

After Hurricane Sandy hit our small Long Island, NY town, I watched 80-foot utility poles leaching a black, smelly, oily substance and added a new word and meaning to my vocabulary: “Pentachlorophenol.” That was the first time I became aware that these poles were treated with a toxic pesticide that has a long history of leaching into groundwater, rivers, streams, and soil. 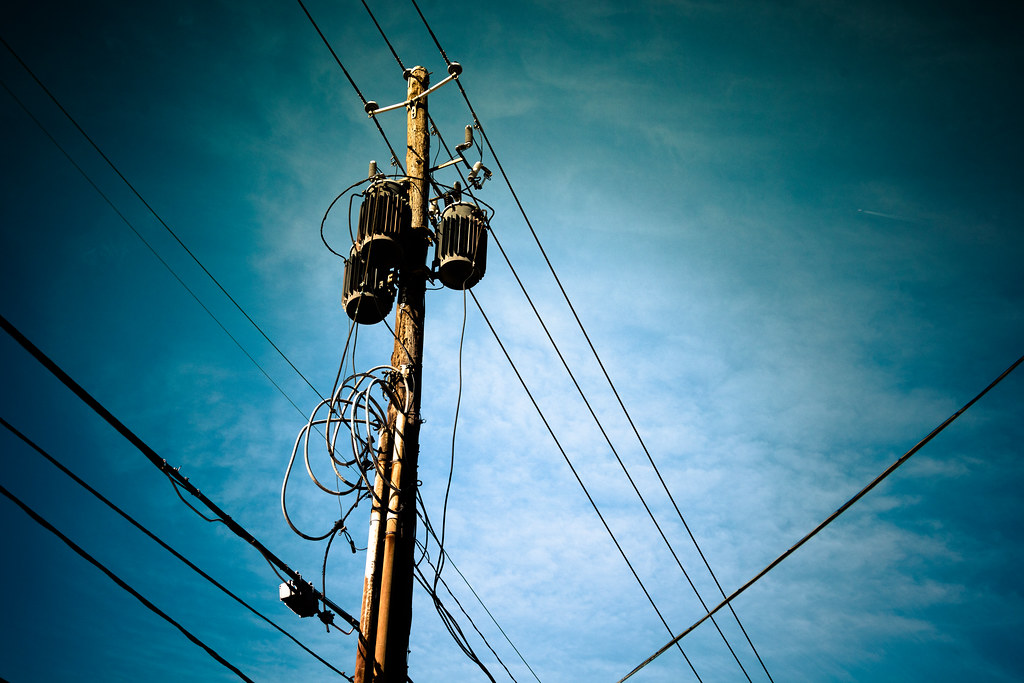 Photo by Jeremy Brooks Wooden utility poles are often treated with pentachlorophenol or PCP to protect them against fungi and termites. Exposure to PCP can cause reproductive and developmental problems, damage the immune system, and even cancer.

Google pentachlorophenol, which is often called Penta or PCP, and you will learn that it starts as a white crystalline solid. The chlorinated phenol (aka carbolic acid which can easily cause chemical burns) is mixed with P9 crude oil to produce the liquid Pentachlorophenol. The chemical compound, which is used to preserve wooden utility poles against fungi and termites, has been around since 1936 and its toxic footprint and use persists to this day.

PCP preserves the wood from rot by killing any living organism in, on or up to eight feet around the pole. Exposure to PCP can cause reproductive and developmental problems, damage the immune system, and even cause cancer. Children and developing fetuses are most at risk. It is reported that back in the 1990s, the EPA calculated that children face a 220 times increased risk of cancer from exposure to soil contaminated with PCP leaching out of the utility poles. The chemical is highly toxic to birds, mammals and aquatic organisms as well. The EPA notes that even a relatively short exposure (as little as 6 hours) can result in mortality of fish eggs occurring as much as 80 days later.

Further more, you will learn that impurities often get introduced into this compound during the formulation — such as furans, hexochlorobenzene, and dioxin, the toxic component of the Vietnam War defoliant “Agent Orange” — can be even more toxic than the PCP itself. Read that sentence again before you go on!

It did not take me long to find out that this chemical was well documented by the US Environmental Protection Agency, Centers for Disease Control, the Agency for Toxic Substances and Disease Registry (ATDSR), World Health Organization, as well as state and local governments as being toxic to humans and wildlife.

PCP has a long history of leaving hundreds if not thousands of contaminated sites in its path and not just across America but also across the world. The chemical is found in many Superfund and hazardous waste cites across the US. These toxic sites have devastated cities, towns and villages with long-term health issues as well as hundreds of millions in financial impacts. Even necessities of life such as community water wells have been poisoned and shut down from this insidious and pervasive chemical cocktail mixture.

The EPA has listed the substance as a probable human carcinogen, yet it continues to allow “limited use” of the chemical as treatment for utility poles (which alone have had a plethora of lawsuits and issues) that are ubiquitous across the country, and other wooden structures like piers, and bridges.

It would appear that the real question is, who influences the EPA in their decision-making process with this chemical? If one opens the curtain, you find the great and wonderful Oz of Penta is the “Pentachlorophenol Task Force” — a cannily named group representing the US and Canadian companies that produce, sell, and distribute pentachlorophenol and its products (poles). 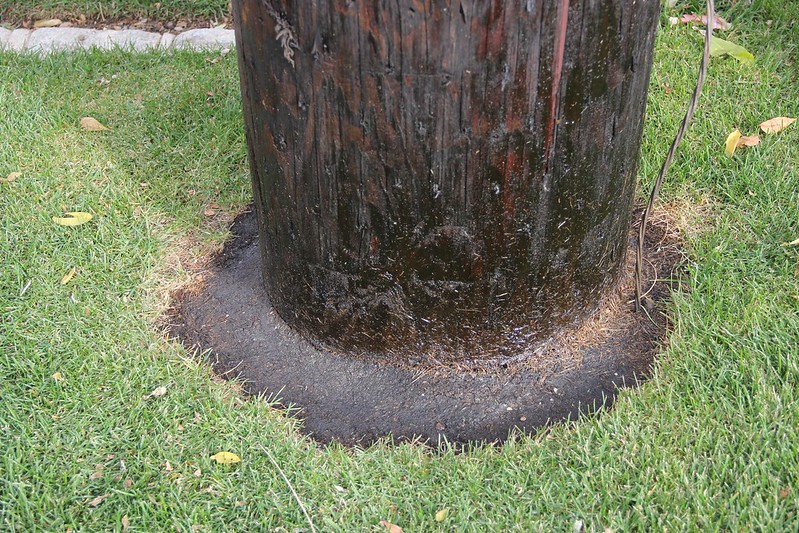 Photo by Chuck IdolIn the 1990s, the EPA calculated that children face a 220 times increased risk of cancer from exposure to soil contaminated with PCP leaching out of the utility poles

When states such as California become aware of the real magnitude of the issues and seeks to change local law and list the chemical as “known to cause cancer” instead of just “ probable human carcinogen” as the EPA does, it is the Pentachlorophenol Task Force which responds in force to legitimize and downplay the chemical’s well documented toxicity levels. Despite the industry group’s efforts, however, in 2016 California listed pentachlorophenol and its byproducts as a carcinogen.

(Last year, a California court ruled that the state’s five major utility companies would have to warn the public via their power bills that more than four million wooden utility poles across the state have been deemed toxic. Meanwhile a federal court heard a lawsuit by the Ecological Rights Foundation that accuses Pacific Gas and Electric Co. of contaminating San Francisco and Humboldt bays via the wood preservative used on its utility poles.)

Now let us turn to OSHA, which plays an interesting role to safeguard and protect the American Worker but not the American Citizen. OSHA, it seems, recognizes the real toxicity, levels, and dangers of pentachlorophenol to worker. It, therefore, requires no worker be allowed to breathe the poisonous gases for more than a few prescribed short periods of time. Workers must wear rubber gloves, gas masks, eye protection, and remove all clothing after coming in contact with the chemical.

In 2015, the Stockholm International Treaty on Persistent Organic Pollutants (POPs) passed a global ban on pentachlorophenol. More than 90 countries took the unprecedented step of voting for a global ban, but unfortunately that was not enough to sway the EPA to change its policy on the use of this chemical.

Given the large number of pentachlorophenol contaminated sites it would appear the EPA has consistently and continuously failed over the years to do its job at protecting the environment from this highly toxic chemical.

Pentachlorophenol is due to be reviewed for reregistration soon and unless the EPA suspends registration of this chemical it will continue to be used widely and continue to damage our land, water, and public health.

What can you do?

You can write and call your local legislator, senator or congressman and tell them to ban Penta and you want to ensure that your local utility provider is using alternative utility pole solutions like steel or fiber reinforced polymer or burying the power lines underground.

The common response to this request is that steel or fiber poles are more expensive. This simply is not true. You see, wood poles have a life span of maybe 70 or less years dependent on location and weather. Further, you can only achieve a 70-year life span provided the poles are retreated every 5 to10 years with more chemicals being sprayed or poured onto and around the base of the pole. There is a cost to the chemicals, labor, and impact to the environment. Wood poles are often sunk into the ground where the termites and other factors rot out the base long before the entire pole degrades. The wood pole will blister and break from dry rot due to weather and sunlight.

Steel and fiber reinforced polymer have warrantees on the product. There is no warranty or guarantee on wood poles. Fiber and steel do not rot at the base and in many cases are placed on cement bases to ensure stability in extreme weather. Lastly, steel and fiber do not need to be treated and retreated with chemicals.

It’s time to end the use of this old-school toxic chemical. There are enough new technology solutions and alternatives in the twenty-first century that can be used instead.