Will Oregon Be the State to Solve the “Wicked Wolf Problem?”

In scientific circles, a “wicked problem” is one that has so much complexity and so many variables — often contradictory and changing over time — that it is considered essentially unsolvable. When gray wolves were reintroduced into the Northern Rockies by the federal government in 1995 and 1996, the social and political reaction, and overreaction, sparked fiery controversy and litigation that has yet to subside. Wolf recovery and management fits squarely into the “wicked problem” category, and prevents the animals from ever being treated as just another wildlife species on the landscape. 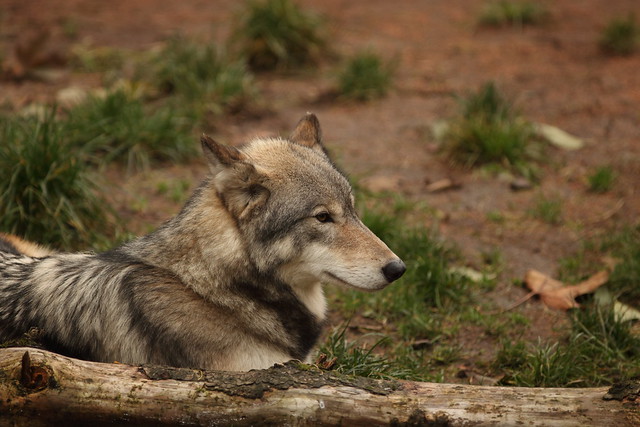 Photo by Aaron TubbsThat wolf recovery and management is driven primarily by regional politics was laid bare when the US Congress, in an unprecedented move, voted to remove wolves from the ESA in most of the northern Rockies.

The dysfunction became apparent in the wolf plans developed by the northern Rocky Mountain states, which were required by the US Fish and Wildlife Service before it would turn over wolf management to state wildlife agencies. Montana and Idaho immediately instituted highly divisive recreational wolf hunting seasons under pressure from the livestock industry, which has traditionally controlled wildlife management in the West. The resumption of hunting was intended to substantially reduce wolf populations. Meanwhile, Wyoming adopted a plan under an agreement with the USFWS that allowed wolves to be killed on sight in 84 percent of the state (although in September 2014 a federal judge ruled the Wyoming plan inadequate to protect wolves and re-listed them under the Endangered Species Act, a ruling which the state is now fighting). That wolf recovery and management is driven primarily by regional politics was laid bare when — after a string of court victories by conservation groups keeping the wolves from being prematurely removed from federal ESA protection — the US Congress, in an unprecedented move, voted to remove wolves from the ESA in most of the northern Rockies. The delisting came in the form of a rider to a defense budget bill, which President Obama signed in April 2011.

When wolves began to disperse from Idaho into the Pacific Northwest, they were entering, to some extent, friendlier territory. An April 1999 survey commissioned by several Oregon conservation groups showed that 70 percent of Oregonians favored the return of wolves. After dispersing Idaho wolf B45’s brief 1999 sojourn into Oregon (she was captured and returned to Idaho), the Oregon Department of Fish and Wildlife began working on a wolf plan, completing it in 2005. The Washington Department of Fish and Wildlife completed its own in 2011, while California began working on a plan in 2011 after the famous wandering Oregon wolf OR7 took up temporary residence there.

For wolf advocates, the Oregon plan offers the most promise for giving wolves a fair shake. Much of that hope is based on how that plan was developed, compared to the other Western wolf states. From a conservationist perspective, the state wolf plans in the northern Rockies were disasters. While Montana made some effort at public outreach in developing its plan, the Idaho and Wyoming’s plans were written largely by fish and wildlife agency staff, with extreme prejudice toward wolves built into the documents. Washington and California brought in stakeholder representatives to help formulate their wolf plans, but the stakeholder meetings were limited to hunter, rancher, and conservation groups. Because these groups are often at odds when it comes to wildlife policy (especially wolves) this injected tension and polarization into the plan development process.

“Oregon did something very different,” says Amaroq Weiss, West Coast wolf organizer for the Center for Biological Diversity. “They had 14 stakeholders on the wolf plan stakeholder group that reflected different interests and perspectives.” That included, hunter, rancher and conservationist representatives, but also representatives of public lands, rural residents, educators, Native Americans, and others. That not only broadened the group’s perspective of wolves, but helped dilute the tensions that wolves can bring out in people. The Oregon wolf plan also did something important that the Washington plan didn’t: require that rules be made or laws passed specifying procedures that would be implemented when wolves were involved in livestock depredations, and how information about wolves would be made available to the public. “This,” says Weiss, who was a member of the Oregon stakeholder group, “created transparency, accountability, and predictability.”

Dealing with wolf predation on livestock is one area where the Oregon wolf plan proved to be a model, although it came out of a lawsuit brought against the Oregon Department of Fish and Wildlife by conservation groups. In 2011, after the agency killed two members of the Imnaha pack for chronic attacks on livestock in northeast Oregon, ODFW decided to break up the pack by killing two more of its four remaining members. Oregon’s wolf population at the time was 14 animals. A lawsuit brought against the agency by the Center for Biological Diversity, Oregon Wild, and Cascadia Wildlands resulted in a settlement agreement that only allowed killing wolves to protect livestock if there were at least four attacks by the same pack during a six-month period. Also, only attacks occurring on private lands counted, and ranchers would first have to attempt non-lethal wolf deterrents.

Since those procedures were put in place, no Oregon wolves have been killed because of livestock depredations. Even though the state’s wolf population has tripled, attacks on livestock have not increased. The Oregon system is a big departure from Washington, where state wildlife officials don’t distinguish between depredations on public and private lands and where they have killed wolves in response to livestock attacks. The most notable example was the controversial shooting of the Wedge pack in 2012, during which state officials ignored more than 10,000 e-mails opposing the killing and the fact that the rancher whose livestock was being attacked resisted implementing non-lethal deterrent methods. The state spent more some $76,000 in public funds to kill Wedge pack members. 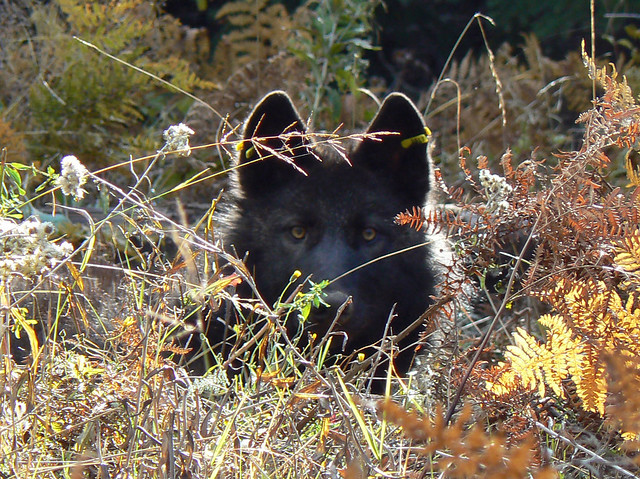 Photo courtesy of Oregon Department of Fish and Wildlife. OR-11, a male pup (born spring 2011) from the Walla Walla pack, waking up from anesthesia after being radio-collared on Oct. 25, 2011. The current wolf population in Oregon is 77 animals.

Another notable difference between the Oregon wolf plan and those in the northern Rockies is there are no proposals currently to institute a general recreational wolf-hunting season. Oregon wolf managers, however, are leaving the option open to have limited hunting seasons in the future that might target specific wolves in specific areas if they are causing problems, a move that would surely bring close scrutiny by wolf advocates.

But wicked problems aren’t easily dispensed with. The rules for handling livestock depredations that were hailed as a model for how to protect both wolves and livestock have expired and no longer have to be followed. And the Oregon Cattlemen’s Association, which signed onto the settlement agreement, has new leadership that is taking a harder line against wolves. Oregon hunting groups have also been advocating for fewer protections for wolves.

The Oregon plan is also facing a new test to see how well it will recover the state’s wolves. The Oregon wolf population has reached the threshold for removal from state endangered species protection: four breeding pairs that have had at least two pups surviving to the end of their birth year for three consecutive years in a row. The official wolf population is currently 77 animals, and the Oregon Fish and Wildlife Commission is now considering whether to delist the species.

That relatively modest delisting threshold has disappointed Oregon conservationists, who consider it far too low, especially compared to the Washington wolf plan that calls for 15 successful breeding pairs across three regions of the state before they can be completely delisted. “The structure of the Oregon wolf plan was a good one, but it was a political and social compromise, not a scientific wolf recovery plan,” says Rob Klavins, Northeast Oregon Field Coordinator for Oregon Wild. “I don’t know any scientists who would say 77 wolves is recovery.”

After a large turnout of people opposing wolf delisting at the April 2015 Oregon Fish and Wildlife Commission meeting, the commissioners agreed to consider just delisting the eastern Oregon wolf population, along with statewide delisting (wolves in western Oregon would remain listed under the federal ESA), or no delisting. But even a partial delisting is problematic. Since most of Oregon’s wolves are in the northeastern part of the state, they serve as the source of dispersing wolves to the rest of the state, especially to the Cascade Mountains, where only one of Oregon’s nine known packs is established. Wolf advocates fear that loosened management protections for the source population could jeopardize statewide recovery.

ODFW is confident the wolves can prosper even after a statewide delisting. “When I talk with people who have concerns or are opposed to parts of the plan, we have to step back and look at where we stand with the wolf population,” says Russ Morgan, the agency’s wolf coordinator. “The wolves are doing well and that speaks well for the plan as a whole.” According to Morgan, wolf management won’t change much, even after a statewide delisting.

A decision on whether to go ahead with the delisting process is expected by November, which would then go through a public vetting process. Meanwhile, the California Department of Fish and Wildlife will release its draft wolf plan for public review later this summer or fall.

So far, Oregon’s wolf plan has been fairly friendly to wolves, measured by the simple metric that it has resulted in far fewer dead wolves than other states where wolves roam. This year the plan is due for its second five-year review, giving wolf advocates a chance to try and tweak it where they feel it is failing the wolves, although ranching and hunting groups will also be out in force with their ideas on how wolves should be managed. But in the Pacific Coast states, the advantage is probably with the wolves in the long run. Weiss says: “A majority of people in the West Coast states want wolves back and will fight like hell to see that happen.”