Wielding the Law to Safeguard the Land

Legal work isn’t usually glamorous. In movies, lawsuits are portrayed as epic, exciting battles — in practice, legal work can be a slow and arduous process. Thankfully, as two of the 2016 Goldman Environmental Prize recipients well know, it can also bring unparalleled results. 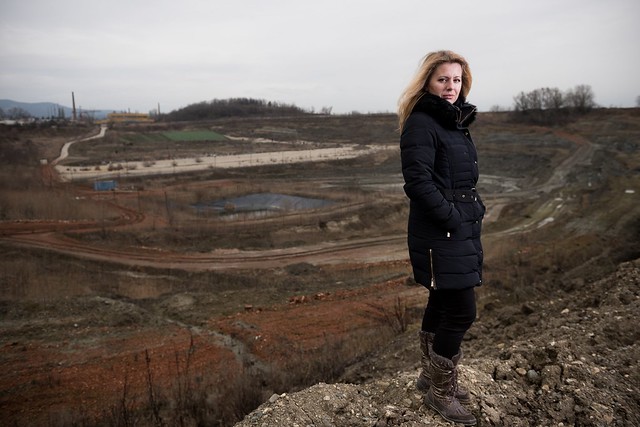 Zuzana Caputova has seen such results first hand. For years, she has been fighting an unpermitted landfill just outside of her small town of Pezinok, Slovakia. Built in the 1960s, the landfill sits a mere 500 feet from a residential area. Caputova could smell the landfill from her home, and worried about her children’s health. Rates of cancer, respiratory illnesses, and allergies were increasing in her community of just over 20,000 people, and one type of leukemia was being reported at eight times the national average. Then, in 2003, construction began on a second landfill within city limits, despite a 2002 ordinance banning waste dumps within the city. This time, Caputova, a lawyer by training, decided she had to do something to stop it.

“Gradually, I became more acquainted with the information related to the situation in Pezinok around the [landfill] where toxic waste had been dumped,” Caputova told me last week, speaking through a translator. “And also information related to the new waste dump that was basically in the process of being approved while very clear violations of the law were happing. So it was this clear injustice in combination with the values that are so important, such as life and health.”

These values of life and health weren’t abstract concepts for Caputova. “We had incidents of people suffering from cancer both in my family, as well as my close circle of friends,” she said. “And I also knew of small children [who were affected], and there was a very high probability that their suffering was linked with the dump.”

Noting that, “on a very deep, personal level it was fear of the cancer” that motivated her, Caputova embarked on a long-battle against the new dump using a combination of legal advocacy and on-the-ground activism.

Working closely with a local NGO, VIA IURIS, one component of Caputova’s strategy involved challenging the landfills in court. Central to the case she brought was the “very close connection between investors and decision-makers” who were issuing the permits for the new landfill, as well as the exclusion of local residents from the decision-making process regarding the permit. The case went all the way to the European Union Court of Justice, which in 2013 affirmed the right of the public to participate in environmental decision-making processes.

Caputova also built a grassroots movement against the landfills. This meant keeping the community well informed about the dumps, building support among diverse groups — from artists, to celebrities, to media, to local businesses — and meeting with municipal representatives as well as members of parliament, as part of the aptly named “Dumps Don’t Belong in Towns” campaign.

Her strategy, and perseverance, paid off. By 2008, a local demonstration against the dumps attracted 7,000 people. And though local government leaders hadn’t always been on board with the anti-dump movement, at that point Caputova said “it was pretty clear that they were basically all on our side.” Then, in 2013, relying in large part on the European Union Court of Justice verdict, the Slovakia Supreme Court ordered the old toxic landfill to close and revoked the operation permit for the new dump.

Meanwhile, thousands of miles away in Tanzania, Edward Loure has been working within a very different legal system to secure the land rights of pastoralist and hunter gather communities in the northern part of the country. Traditional Maasai and Hadzabe communities have faced decades of displacement, first in the name of conservation — for the development of national parks — and now because of private tour operators, commercial hunting operations, and large-scale farmers who export their crops. Without legal documentation demonstrating land ownership, these Indigenous communities struggle to assert their right to the land, which is used communally, and which private investors often consider to be unclaimed. 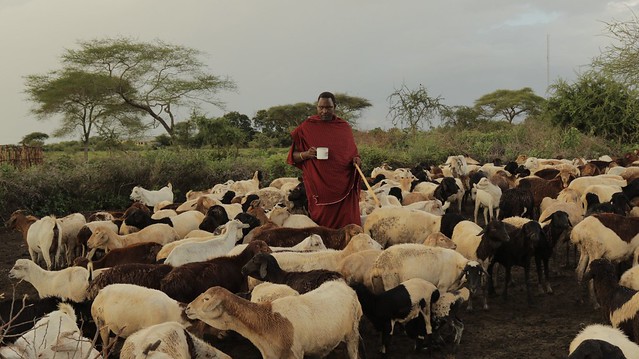 Like Caputova, Loure is deeply and personally invested in his work. “I come from the community myself,” Loure, who is Maasai himself, told me last week. “So securing these people’s land rights is also securing my life, because I’m a part of them.”

To establish community land rights, Loure and his colleagues at Ujamaa Community Resource Team (UCRT), an organization dedicated to securing pastoralist land rights, turned to the Tanzanian Village Land Act, a law that contained a provision meant for managing individual land rights within villages. UCRT, however, began using this provision — known as the Certificate of Customary Right of Occupancy — to secure communal land rights on behalf of entire communities.

As part of the certification process, communities must map their territory and develop 10-year land-use plans for their villages. The land certificates must then be approved at the local level, and recognized at the national level. Loure believes this communal ownership model has long-term advantages compared to individual holdings, and will protect the land for generations to come.

This work has not been without challenges. “Recognition of pastoralists’ and hunter gathers’ livelihood as a viable livelihood system” within the government has been an ongoing struggle, Loure said. “Sometimes they say it is a step to development, which it is not… It’s the way of people’s life, it has been like that for centuries.”

And, as is often the case in public-interest work, lack of funding poses a challenge, particularly when it comes to maintaining community trust. “If a problem happens, and the community calls us and we don’t respond, they feel that we are tired of helping them,” he said.

But Loure’s strategy to protect land is working. So far, UCRT has worked with 96 communities in northern Tanzania, and has secured more than 200,000 acres of land. By the end of this year, Loure said, they expect to secure another 200,000 acres.

For Loure and Caputova — as with the four other inspiring grassroots activists from across the world who will be awarded the Goldman Environmental Prize in San Francisco this evening — their advocacy work is ongoing. The old landfill in Pezinok, though closed, continues to pose a health threat to local residents. Caputova’s expertise has also been sought in several additional cases in Slovakia involving new, untested incinerator technologies.

Loure, for his part, continues to spread awareness about Indigenous land stewardship and land rights. “Doing something that supports my community’s culture and livelihood style really keeps me motivated,” Loure said. “I will not give up, will not be tired, because I am helping my brothers and sisters.”

Stay tuned for another report on the award winners tomorrow.