Why Prohibiting Trade in Ivory Won’t Save Elephants

This opinion essay offers another view on the question posed in our Plus-Minus debate, The Ivory Market: Keep It Closed or Open It Up?

What if we’re wrong about how best to save elephants from being killed for their ivory? 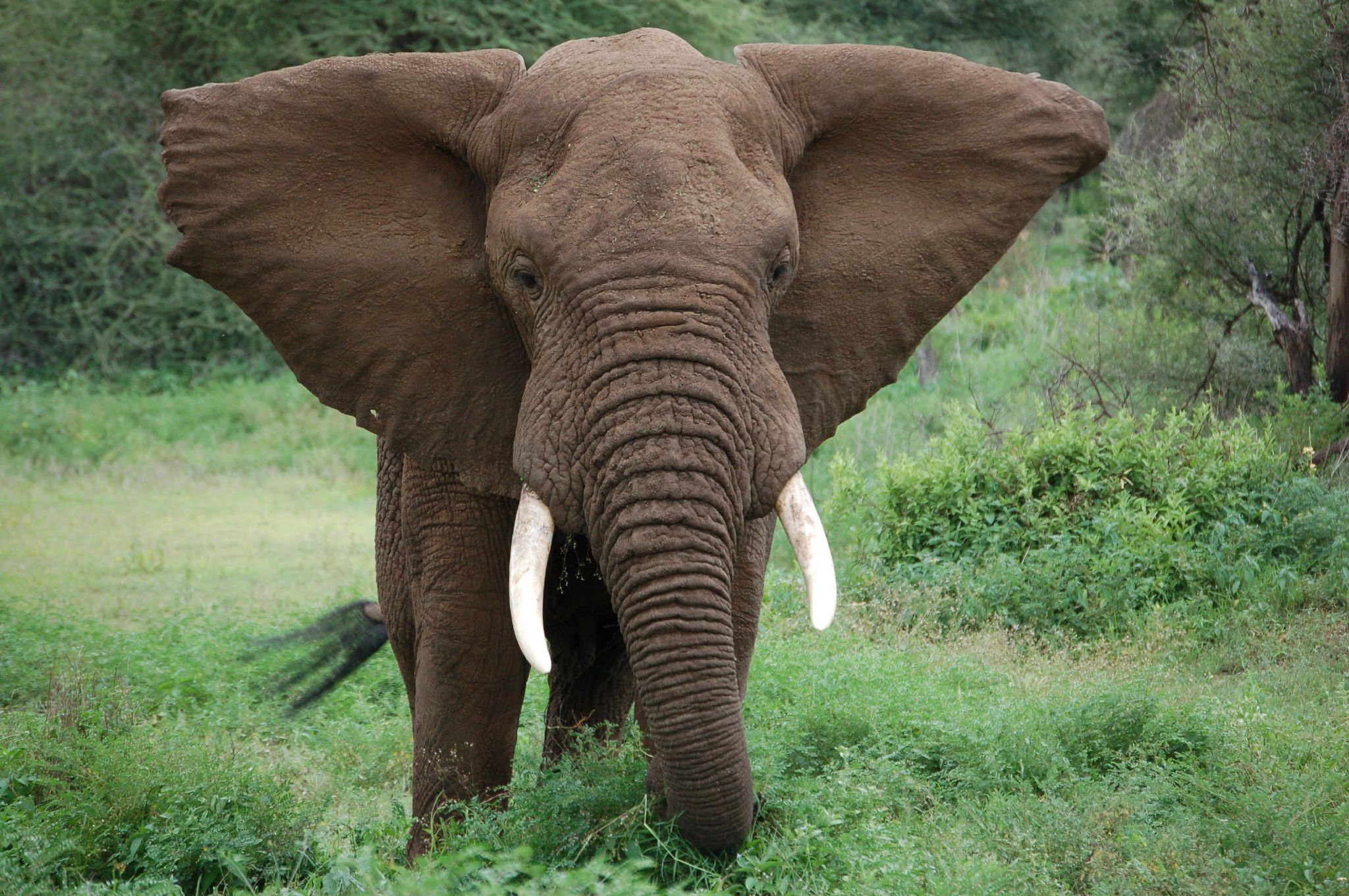 Photo by Dongyi Liu The ivory prohibition schema being pushed by wildlife and animal rights groups threatens to become conservation’s version of the War on Drugs.

By now, there’s little dispute that these magnificent creatures are running out of time. Poaching rates continue to exceed elephant population growth rates, making it essential for the international conservation community to find real-world solutions to the ongoing crisis.

I certainly share the growing revulsion over poaching. But I find it alarming that so much of what’s now being promoted as elephant advocacy is likely to accomplish little for elephants.

Instead of looking at what’s behind the seemingly insatiable demand for ivory, elephant supporters are pushing for the global prohibition of all trade in ivory.

Here’s the problem. Ivory is no passing fashion, as I’ve written about at length. It’s been valued since prehistoric times. Anti-ivory campaigners caricature its primary use as carving material for the production of “trinkets.” Yes, huge quantities of bric-a-brac have been made from ivory, as well as a vast amount of industrial uses — piano keys, billiard balls and the like.

But the dominant use of ivory has always been art, and now, millennia later, we are left with an astonishing array of culturally significant objects made from this organic treasure, objects that we cannot destroy unless we want to erase vast swaths of not just of art history, but human history. Suppressing trade in these legal objects does nothing to protect elephants.

It’s a fantasy to think that appreciation of, interest in, and thus demand for ivory will ever entirely disappear. That’s why the ivory prohibition schema being pushed by wildlife and animal rights groups threatens to become conservation’s version of the War on Drugs — yet another costly crusade that, after immense suffering and loss of life, will reveal that a problematic trade item can only be managed, not eradicated.

There is nothing inherently wrong with ivory — it’s how ivory is often obtained from elephants that is so troubling.

But wait, you say. Behind every piece of ivory is a dead elephant, right?

True. However, that doesn’t mean the elephant had to be killed. Every year, a huge number of elephants expire from natural causes. Their substantial remains include their tusks, which, depending on terrain, can often be recovered. “Pick-up,” or found ivory, as it’s called, has always been a significant source of tusks.

Anti-ivory trade campaigners scoff at the tonnage of natural mortality ivory available and say that despite the fact no elephants are harmed by the collection of these blood-free tusks, allowing trade in them should be outlawed. Commerce in any kind of ivory, whatever the source, is unfathomable, according to this point of view.

By now, most of the northern hemisphere’s animal-loving public thinks an elephant-friendly cross-border ivory trade — even domestic trade in bona fide antique ivory carvings — is an impossibility.

This tunnel vision is not just blinkered, it’s blind to a common-sense approach that could save elephants: Allow access to what’s legal and acceptable as part of reinforcing curbs against what’s illegal and unacceptable.

Sound familiar? It’s the overall strategy used to manage alcohol, tobacco, and, increasingly, marijuana, and other commerce that must be carefully shaped to be socially tolerable. Such a strategy imposes steep “sin taxes” on the legal product to underwrite enforcement and educational campaigns to stigmatize behaviors like underage drinking and smoking in public. Do those elaborate regulatory regimes function perfectly? Hardly. But they are far preferable to the criminal bonanzas created by outright bans.

The existence of an immense amount of legal ivory — whether certified natural mortality tusks or authentic antique carvings — means that total prohibition of commerce won’t ever be completely accepted, and efforts to enforce that will inevitably be undermined.

If all trade in ivory is outlawed, ivory sales won’t stop. They will just go underground, leaving only criminals in charge, making it highly unlikely poaching will diminish.

Not so fast, you might be thinking. Don’t legal ivory markets just provide cover for trade in poached tusks?

Not necessarily. Where it’s a truly serious issue is in the People’s Republic of China. There, the legal market is shadowed by an illegal trade large enough to suck in most of the ivory poached in Africa, making the country a black hole for elephants.

Clearly, China has failed to live up to the promises it made before the 2008 international ivory sale to, as former chief of enforcement for CITES John M. Sellar described, “implement a comprehensive and rigidly-enforced internal ivory control system.” The country’s inability to crack down on illegal ivory has led to conjecture that the system must be hopelessly riddled with corruption.

What can be done about it? Not much, unless a solution can be found that appeals to the ruling party. The current government shows little sign of a shift in thinking, despite its recent one-year moratorium on imports of carved ivory. China regards its carving industry as a “national intangible cultural heritage.” As the second largest economy in the world and a global power, the People’s Republic can afford to dismiss pressure on this issue as “outside meddling.”

There is, however, one lever that could be used: China wants a continuing flow of legal ivory for its legitimate carving factories. If the international community could agree on a carefully-crafted, partial lifting of the ivory ban, CITES could permit China access to legal ivory from Africa, in exchange for restructuring its legal market in addition to effective and demonstrable suppression of its illegal market.

What’s required for this to work? First of all, a steady but limited legal supply of African tusks from natural mortality, organized under CITES’s international framework. Source countries would be strictly limited to those with stable elephant populations and transparent systems of collecting and stockpiling natural mortality ivory — both huge anti-poaching and anti-corruption incentives. Recent technological advances could enable a reformed trade to function with a degree of precision and transparency undreamt of a generation ago, maintaining the integrity of the supply chain from tusk to carving to final sale.

In buying countries like China, strict licensing of factories and retailers and heavy taxation of all carved ivory transactions would suppress excess demand and kick back additional resources to elephant conservation. In addition, registration of all collections and effective policing to stigmatize and criminalize trafficking, laundering, selling, and possession of illegal ivory are crucial.

Under an effective enforcement regime, a well-protected legal market sets the parameters that define legitimate ivory use. Ivory demand can be diminished and shaped into acceptable channels.

But aren’t Africa and Asia simply too corrupt for such a system to work? Well, what makes anyone think that there would be less corruption under an ivory prohibition regime than there is now under a cross-border trade ban?

With a well-regulated limited legal trade, impoverished rural Africans, instead of turning to poaching, could receive direct benefits from ivory sales for sharing habitat with elephants. Carving factories in buying countries would be able to rely on a continuing flow of lower-priced legal ivory instead of taking the risks of turning to expensive poached ivory for supply. Contraband ivory would become steadily sidelined and less profitable and, in the end, unsalable, shrinking elephant poaching.

Reducing the river of blood ivory to a trickle will take time, but it can work. Clinging to the impossible goal of eliminating all commerce in ivory only ensures the status quo—and continued poaching.

The entire issue of trade in ivory desperately needs a rethink while there’s still time to save elephants. What is likely the last opportunity for world governments to hammer out a framework for a well-regulated ivory trade that can undercut poaching will occur at the next Conference of the Parties to CITES, to be held in Cape Town, South Africa in 2016.

For the future of elephants and the Africans who co-exist with them, the way forward lies in controlling ivory, not demonizing it.