Where Have All the Monarchs Gone?

Near-eradication of milkweed in the Midwest threatens survival of the iconic butterfly
Shirley G. Koelling

My friend and I take to nature and enjoy trips to wildlife areas looking to capture digital photos of the natural world. We ventured out one early morning in the summer of 2013 with cameras packed for a good hour-long drive to federal land on the edge of the Ozark foothills. We could not have asked for a better day at a natural crossroads where northern, southern, and prairie ecosystems meet. Our goal was to find an endangered wonder, the monarch butterfly. 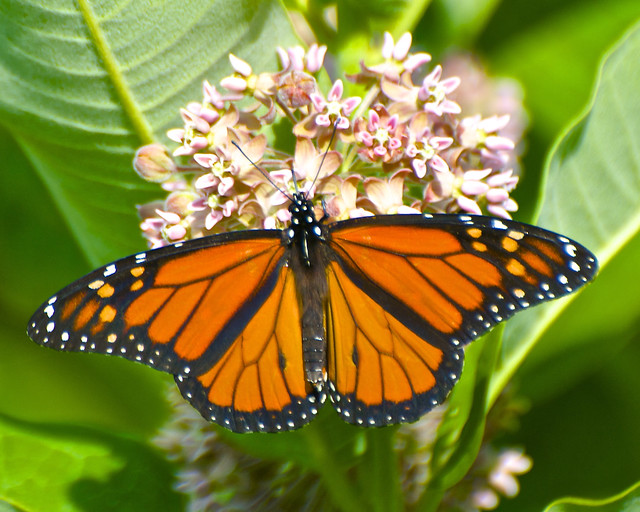 Photo by wplynn, on Flickr Severe depletion of milkweed across the Midwest has been devastating to monarch populations.

Crab Orchard National Wildlife Refuge protects over 44,000 acres of land including wetlands, grasslands, and woodlands in Illinois. It also hosts a wide diversity of flora and fauna, including more than seven hundred plant species. More than 4,000 acres are designated as wilderness and 20,000 acres are set aside as a wildlife sanctuary.

Driving along the many remote roadways within the refuge we spotted black swallowtail and yellow tiger swallowtail butterflies feeding on wildflower plants. Both of us noted, however, that we only saw one monarch fluttering quickly across all the roads we had covered. We had noticed a similar scarcity of monarchs in our own backyards lately, and wondered, “Where have all the monarchs gone?”

We stopped to take a photo of a plant along the roadway that is also disappearing across the countryside, the common pink milkweed plant. Milkweed is essential for the monarch’s existence. Monarchs lay their eggs on the underside of the milkweed leaves, and when the eggs hatch, monarch larvae eat only milkweed leaves. Although milkweed is poisonous to some species, it is not harmful to monarch caterpillars. Instead, the milkweed toxins make the caterpillar poisonous to its predators.

We made the trip to the refuge again the following summer and returned to the same area where we had seen milkweed growing along the roadsides. The plants we found were just 12 inches high, though local varieties can grow to be three feet tall. Many had been mowed down, and there were very few blooms for butterflies to land on. We also located a few milkweed plants in remote areas amongst the rocks and close to the water. Still, there were no monarchs and no monarch eggs. 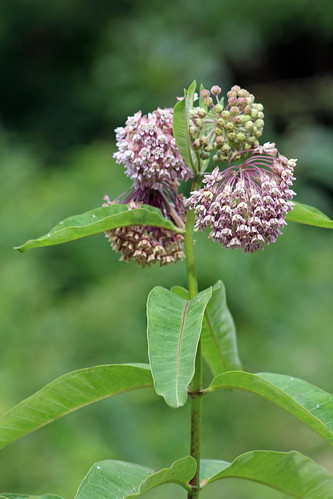 By Shirley KoellingHerbicide use has virtually eliminated milkweed from cropland in the Midwest.

Every fall, monarchs undertake a massive migration, flying from Canada and the northern United States as far as 3,000 miles south for the winter. It is considered by many to be the most spectacular migration of the insect world. Most monarchs west of the Rockies migrate to California, while most eastern monarchs migrate to central Mexico. After wintering in the south, monarchs come out of hibernation in the spring, mate, fly north to find milkweed plants, lay their eggs, and die. Only the monarchs born in the late summer or early fall make the migration. The migratory generation can live eight months, much longer than the two to six week lifespan of other generations.

Since the mid-1990s, scientists have noted an unprecedented drop in the number of monarch butterflies making the annual flight south for the winter. Twenty years ago, an estimated 1 billion monarchs made the flight. In 2014, only 35 million butterflies made the journey south, the lowest number ever recorded. Their massive migration is now sometimes referred to as “an endangered natural phenomenon.” The overall monarch population has also declined by 90 percent over the past 20 years.

This decline has been linked to the severe depletion of milkweed plants, which used to be naturally plentiful along roadsides, and in farm pastures and gardens. Now milkweed, daisy, and many other perennial flowers are mowed on roadsides and ditches throughout the summer months and are cleared from farmland to make room for crops.

Herbicide use in particular has had a huge impact on the monarch, killing milkweed plants on farmland and depleting the butterflies’ primary food source. “The widespread decline of monarchs is driven by the massive spraying of herbicides on genetically engineered crops, which has virtually eliminated monarch habitat in cropland that dominates the Midwest landscape,” Bill Freese, a science policy analyst with the Center for Food Safety, said in a press release.

In fact, the loss of millions of acres of milkweed on agricultural lands in the Midwest has likely contributed more than anything else to the decline of the monarch population, according to a study by researchers at the University of Guelph in Ontario, Canada. Drought can also exacerbate the situation for monarchs, limiting the growth of milkweed plants in gardens, and along roadsides. The illegal logging of the tall fir trees in Mexico’s forests, which shelter the eastern monarch population during the winter, also poses a threat to the species.

Some places are taking action to help the monarch. The state of Illinois, for which the monarch is the official state insect symbol, has asked residents to plant and preserve milkweed plants. There are nineteen species of milkweed in the state, and the Illinois Department of National Resources Department wants residents to include native milkweed plants in their landscaping. Residents have been asked to avoid spraying pesticides and herbicides on milkweed patches. In the summer, maintenance workers are to leave milkweed growing along roadsides, field edges, and inactive areas on county roads when possible.

Several nonprofit organizations have also been actively involved in monarch monitoring and conservation efforts. In Illinois, Monarch Watch, an organization that strives to provide the public with information about monarch butterflies, has helped organize Crab Orchard Refuge’s Butterfly Roundup, an annual event in which public volunteers and school groups monitor monarchs during the month of September, catching them with nets and tagging them with numbers as they travel south through Illinois. In 2014, the Center for Biological Diversity and the Center for Food Safety filed a petition to place the monarch on the federal endangered species list.

When I was young, a cluster of monarchs alighted on our huge maple tree here in the Midwest, taking a rest during their annual migration. The butterflies were perfectly quiet with their wings folded resting on the leaves, so still, so abundant, and so beautiful. The monarchs weighted the limbs of the tree down with vivid colors. They would return to roost on the same tree for many years. I did not need a camera then to savour the beauty of the event so well preserved in my mind. Unfortunately, I have not seen such a cluster since.

As folk singer Pete Seeger wrote many years ago, “Where have all the flowers gone?... Oh, when will we ever learn?”