Marine protected areas (MPAs) exist all over the world to protect biodiversity. Their protection statuses range from minimally protected “sustainable use” areas to no-take zones, where any form of extractive activity, like fishing or mining, is prohibited. “Like protected habitats on land, these are the areas we want to preserve to give animals a safe haven,” says Sarah Ohayon, a zoologist at Tel Aviv University. 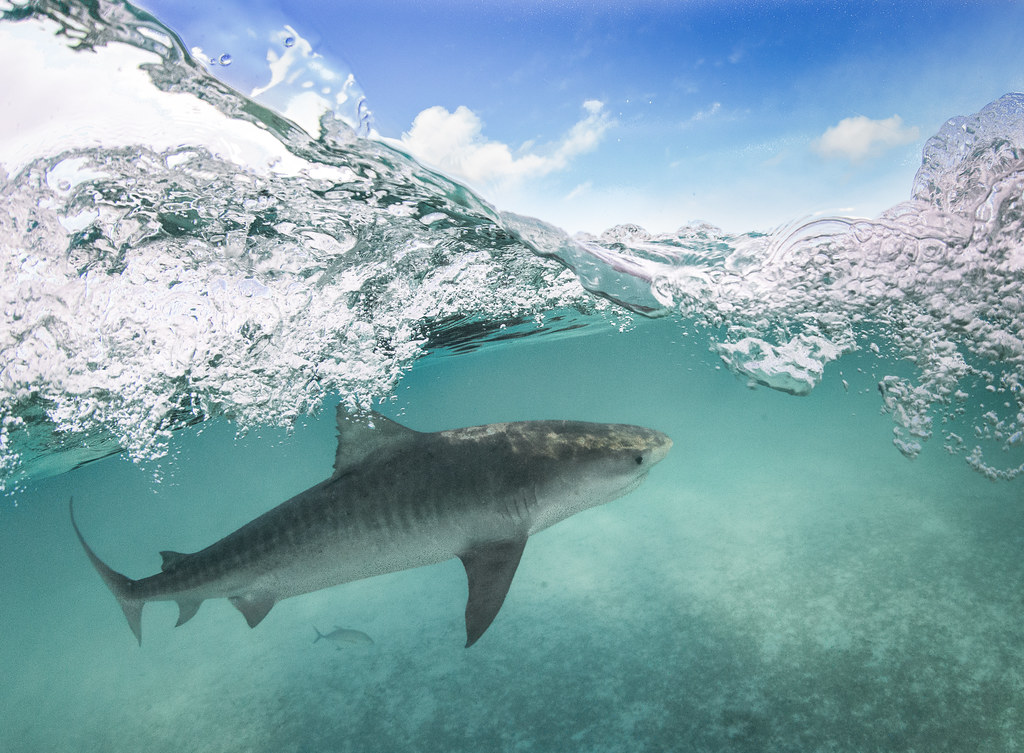 But according to a recent a meta-analysis by Ohayon and her colleagues published in Nature Ecology & Evolution, no-take zones aren’t as protected as one would expect.

The study points to something termed an “edge effect.” About one kilometer into a no-take zone, fish populations continue to decline. In some instances, fish populations at the edge showed a 60 percent reduction compared to the center of the MPA. The edge effect, in other words, effectively shrinks the size and benefits of no-take zones.

According to Ohayon, the edge effect challenges some common perceptions about no-take MPAs. One is the dichotomous effect, which means that fish populations thrive within no-take zones but decline outside of them. Ohayon explains that this is a black-and-white, often incorrect, way of thinking that doesn’t account for the impacts of noise and light pollution that can’t be stopped by MPA borders. Next, there’s spillover, which means that the thriving fish populations within no-take zones help increase the abundance outside of the zones. While this does happen, Ohayon’s study shows that positive spillover effects can’t be taken for granted when designing the size and shape of MPAs.

On the US West Coast, you’ll find several marine protected areas and even no-take zones, but the sizes vary. For example, the largest marine reserve in Oregon’s coastal territory, the Cape Perpetua Marine Reserve, dedicates approximately 37 square kilometers to no-take conservation. On the other hand, Del Mar Landing State Marine Reserve off the coast of California is no-take, but it spans only about one-half of a square kilometer. Per Ohayon’s study findings, the edge effect in a site as small as Del Mar Landing could make the MPA’s protection status obsolete.

“When it comes to marine protected areas, it’s really a suite of solutions that needs to be considered as opposed to anything in isolation,” says Kelly Kryc, a senior fellow specializing in ocean policy at the Center for American Progress. Kryc thinks that research like the meta-analysis performed by Ohayon will help better inform policy decisions when it comes to protecting the ocean and its inhabitants. Some of the solutions she believes will help maintain ocean biodiversity are ensuring marine protected areas are highly protected and that the boundaries are enforced.

Working both inside and outside of the federal government for the past decade, Kryc became involved with 30 by 30, the global initiative to protect 30 percent of ocean and land by 2030 to prevent mass extinction, a goal shared by the Biden administration. According to MPA Atlas, only 2.7 percent of the ocean is currently fully or highly protected. This number needs to be increased tenfold to meet the 30 by 30 goal. Answering questions about spillover and different levels of protection, Kryc says, is exactly the kind of research they need to justify policy-level decisions.

“One of the issues in restricting fishing in a particular region is that people ‘hunt the line’ with an expectation of spillover,” says Steve Murawski, a marine biologist who was not involved in the study, referring to the practice of fishing right up the boundaries of a no-take zone. “It’s a complicated issue especially given people’s mental model of fish piling up at the center and spilling out in a cascade.” Murawski clarified that the abundance of fish around the no-take zones also depends on the inherent mobility of the species — too much mobility, and the area does not result in the reserve effect because fish swim too far outside the bounds and are caught. But, too little, like in the case of sedentary species such as sea urchin, and no spillover occurs.

Ohayon says that there are a few actions that can be taken to address the edge effect, including creating buffer zones around MPAs. Her next suggestion is to increase the size of no-take zones to a minimum of 10 square kilometers. Although some policy makers and fisheries might be reluctant to support such a measure, conservationists tend to agree with Ohayon. “‘Bigger is better’ when it comes to MPAs, for a whole host of reasons, including implementation uncertainty,” Murawski says.

Ohayon and her colleagues also suggest that governments do more to improve enforcement on MPAs. She provided the example of marine protected areas in Israel that she and her colleagues monitored as researchers. When enforcement increased, the scientists who monitored metrics like fish biomass noticed greater success. “You need cops basically — you need rangers, just like on land,” Ohayon says.

The shape of the MPAs also determine their effectiveness. Ohayon’s study says that no-take zones should be as close to perfect circles as possible. Sometimes the zones are long narrow strips. With circular shapes, the border lengths are reduced, and this has better results for the biodiversity within the zone because it reduces the amount of opportunities to fish the line.

Kryc affirms that the higher the level of protection in marine protected areas, the better the outcome is for biodiversity as well as any economies adjacent to the MPAs. The example she provides is the Northeast Canyons and Seamounts Marine National Monument off the coast of New England, which was designated in 2016 to protect endangered whales, sea turtles, puffins, and rare deep-sea cold-water corals. The designation, which banned commercial fishing, was met with much resistance, despite some allowances for lobster and red crab fishers who needed to transition to new fishing areas. According to an analysis by the Natural Resources Defense Council, landings and revenue of nearby fisheries (like squid, mackerel, tuna, and swordfish), which some expected to be the most harmed by the designation, actually either increased or essentially stayed the same.

“Fears that eliminating this area would have a negative impact on landings and economics — those fears have not come to bear,” Kryc says. Although Trump lifted the commercial fishing restrictions on the monument in 2020, last month the Biden administration restored the marine monuments protection status.

“I don’t know what the future ocean is going to look like,” Kryc says. But “if you give the ocean a break, it has an immense capacity to heal itself.”

Jennifer Clare Ball is a science writer pursuing her Master of Arts at Johns Hopkins University. She lives in Chicago, Illinois, and spends her free time reading, writing, and cycling through the Windy City. Her work has been featured in WIRED, Popular Science, and Sierra Magazine. Find her online at www.jennifercball.com.