What Good is an Apology?

I’m a white man who has worked with Native Americans as a journalist and documentary filmmaker since 1977. Mostly, I have worked on exposing problems — environmental injustice, destruction of sacred places, hidden history. Finding long-term solutions has seemed overwhelming and elusive. But four decades of experience have clarified my understanding of our nation’s biggest obstacle to moving beyond the historical injustices confronting the cultures that share this land. There is a shadow in the American closet that will forever prevent healing and reconciliation — unless and until that shadow is recognized and acknowledged. The theft of country, the massacres, the inhumanity of forced boarding school captivity, the denial of historic trauma, and the ongoing injustice, racism and inequality will hold us back as a society until we collectively accept our painful history and change course. Opening the door to let the shadow out will require an apology. 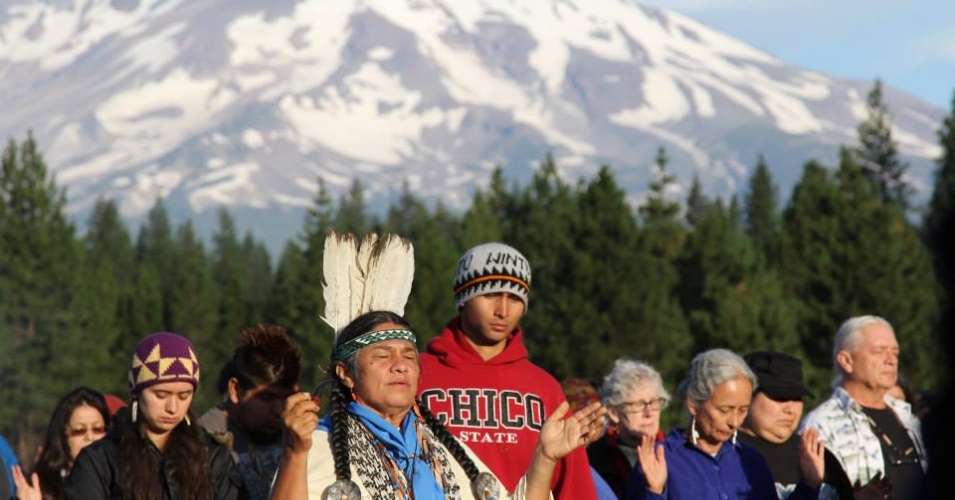 In 1851, treaty negotiations with tribal leaders in northern California resulted in the signing of the Treaty of Cottonwood Creek, which promised a 25-mile by 25-mile reservation on the Sacramento River south of Redding. You can imagine how the Wintu and other native leaders who signed the treaty felt as the white negotiators returned to Washington — something like: “Well, at least now we have a treaty and all the land that has been taken will yield the security of a protected homeland.” But there would be no reservation. Within weeks of the treaty signing, California squatters and military personnel moved onto the promised land. Due to opposition by California politicians and the US Senate, the Cottonwood Treaty was sealed in a closet in the Senate and locked away, unratified and then forgotten by Washington. The now landless Wintu never forgot — not when they were hunted by newcomers, not when their children were taken away to Christian boarding schools, and not when the US drowned their sacred sites in the waters behind Shasta Dam.

In Alberta, Canada, across the street from the site of Fort Chipewyan’s residential Indian school, is a dirt road that disappears into a forest of darkness. While we were filming the tar sands segment of Standing on Sacred Ground, our Dené guide pointed at the grassy road and said, “That’s where they secretly buried the aboriginal children who died. Some were beaten. Some ran away in the winter and didn’t survive. Some babies were conceived, born and discarded.”

More than any place we filmed, the historic trauma of residential schools was profoundly unsettling in Canada — and right on the surface. Everyone talked about it, and it was clear that deep wounds were nowhere near healed. (Most Americans do not understand that the exact same thing was occurring in the United States with equally devastating cultural and personal consequences.)

These crimes and treaty violations are finally being addressed. With the release last week of the Truth and Reconciliation Report, Canada took a major step toward deeper acknowledgment of this historic trauma, and that’s a good thing. But this pain goes deep and spans the entire planet. How do we recover? Restorative justice requires many steps.

In June 2008, Canadian Prime Minister Stephen Harper gave a widely publicized speech to parliament and indigenous leaders, and made an official, public apology to survivors of the country’s residential school system. It was well-received by many First Nations people, and some said it helped them feel a sense of healing.

Four months before that, Australian Prime Minister Kevin Rudd apologized in parliament to Australia’s Aboriginal people for laws and policies that “inflicted profound grief, suffering and loss.” He was apologizing for the treatment of “Stolen Generations” of children uprooted from family and country and placed in missions or white Christian homes. Scores of Aboriginal people attended the ceremony and were shown on television with tears streaming down their faces. “Sorry Day” is commemorated every year.

Both the Canadian and Australian apologies were essential first steps on a longer path.

Last week’s Canadian Truth and Reconciliation Commission report details a century (1883-1996) of forced residential schooling for First Nations’ children that resulted in more than 6,000 deaths. The report was six years in-the-making and 6,750 people testified. It speaks truth to power and illustrates how an apology is a process that slowly unveils hidden history: “The Canadian government pursued this policy of cultural genocide because it wished to divest itself of its legal and financial obligations to aboriginal people and gain control over their lands and resources,” the report says. “A just reconciliation requires more than simply talking about the need to heal the deep wounds of history. Words of apology alone are insufficient; concrete actions on both symbolic and material fronts are required.”

Several US presidents have offered apologies for historic wrongs. In 1988, President Reagan made a formal statement when he signed the Japanese Internment Apology law, which carried with it financial restitution. In 1993, President Clinton apologized to Native Hawaiians for the 1893 overthrow of their queen and their nation, and during a 1997 press conference, Clinton said that the government was sorry for its role in the Tuskegee syphilis experiment on African Americans. But for the twin sins of stealing a continent from America’s First People and the brutal enslavement of countless souls, there have been no apologies from the United States government.

While filming Standing on Sacred Ground, we interviewed leading aboriginal thinkers from around the world about the importance of apology. Reflecting on Nelson Mandela’s wisdom and experience, Anishinaabeg activist Winona LaDuke revealed the cost of the unrecognized shadow: “If the destruction and genocide that occurred are not acknowledged, people suffer from the fact that what happened is invisible, and we remain unable to fully heal.”

An apology is just a first step, but it’s a necessary first step. The time has come for our American president to lead us in speaking the words, ”I’m sorry.”