‘We Are Going to Get an Agreement’ in Paris, Says UN Climate Chief

In a visit to San Francisco, the UN’s top climate diplomat explains why she is so confident countries will reach a global climate agreement in December
Justin Gerdes

In six months, delegates from nearly 200 countries will gather in Paris with the intention of signing the first truly global climate agreement. Don’t expect a replay of the fractious talks held in Copenhagen, in December 2009, Christiana Figueres, the UN’s top climate diplomat, said on Tuesday. 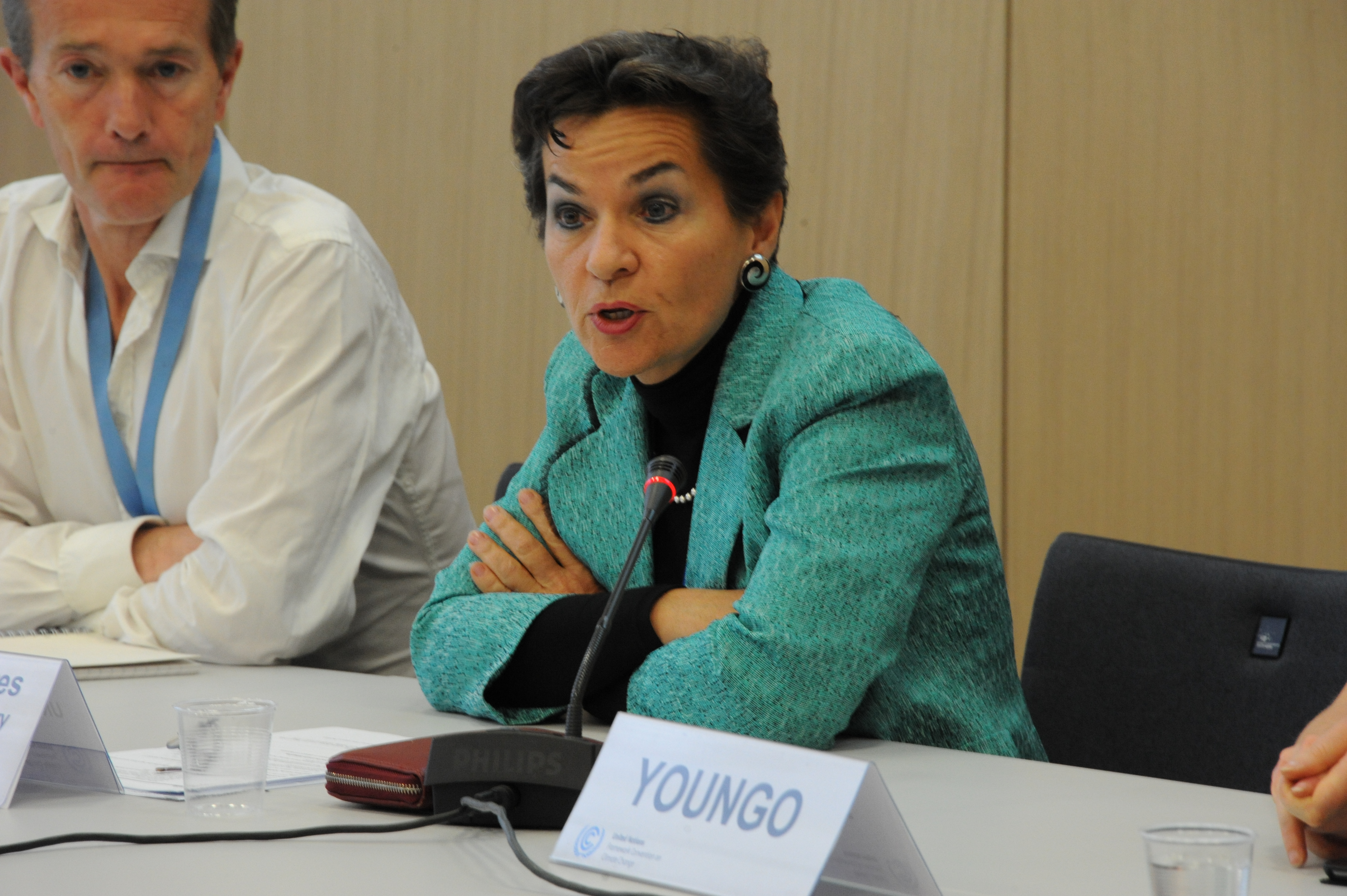 In a conversation at Climate One, in San Francisco, Figueres, the Executive Secretary of the United Nations Framework Convention on Climate Change, returned time and again to the political and economic shifts evident since Copenhagen that augur well for a positive outcome when negotiators convene in Paris in December.

At negotiating sessions during 2009, including in Copenhagen, I often heard from negotiators and NGO observers that political leaders in their home countries told them that renewable energy technologies could not compete on cost against, and were not ready to displace, fossil fuel power plants. Politicians can no longer justifiably make such claims. In a report released earlier this year, the International Renewable Energy Agency (IRENA) noted that solar photovoltaic (PV) module prices have dropped by 75 percent since 2009 and continue to fall, that between 2010 and 2014 the total installed costs of utility-scale solar PV systems fell by as much as 65 percent, and that for the 1.3 billion people around the globe who lack access to electricity, renewables are the cheapest source of energy.

Figueres apparently heard much the same during 2009. “The implicit assumption was that [climate change] was in the future, and we don’t know if we have the solutions,” she said at Climate One. “What has fundamentally changed is that the problem is no longer in the future — the problem is in the present — and furthermore the solutions are in the present. We do have the technologies. We have the capital. We have a growing number of regulations and pieces of legislation in place.”

Forces are at work, Figueres said, that have upended the status quo in the global electric power sector. An ever-growing number of governments are requiring that renewables be added to the grid, and customers are demanding that companies buy clean energy. “What we’re seeing is a very interesting push-pull. You’re seeing increasing regulation, legislation — a push. But you’re also beginning to see a pull from the customer base. There is much more expectation now of corporate responsibility, so you see the likes of IKEA, Google, Apple going 100 percent renewable, saying, We want to produce our own renewable energy. Why? Because their customers want them to be more responsible. There’s a very helpful virtuous cycle.”

Figueres noted that some 800 climate change laws are now in place around the world. That number was taken from a London School of Economics study released on June 1, which found that climate laws and policies in effect around the globe by the end of 2014 nearly doubled those on the books in 2009. The study also found that 75 percent of annual global greenhouse gas emissions are covered by national targets. A report released by IRENA on June 10 found 164 countries have adopted at least one type of renewable energy target as of mid-2015, up from 43 countries in 2005.

Figueres is further encouraged by the willingness of countries to constructively engage in the climate negotiations. It is “nothing short of miraculous,” she said, “that there is not a single country — Russia included — that is not playing ball. Yes, they are all playing ball to their own interest — that’s what they have to do — but there is no country that has said they want to be exempted from this agreement. In fact, all of them understand that it is in their interest to cover everyone. By definition, that’s going to be a complex agreement.”

That collective will was nurtured, she said, by the historic climate change deal, announced in November 2014, under which the United States released a 2025 emissions reduction target and China pledged to peak its greenhouse gas emissions no later than 2030. Figueres said the agreement signaled three things: the two biggest emitters are taking climate change seriously, they are committed to doing something about it in their own countries, and they are actually interested in collaborating.

Taken together, the developments leave Figueres optimistic that Paris will deliver. “It’s not the possibility of a climate deal being reached in Paris. We are going to get an agreement. The conversation now is not, ‘Are we going to get to an agreement?’ but, rather, ‘How are we going to do this?’ Complexity is now the challenge. It’s not about managing resistance; it’s about managing the complexity. How do we bring all of these components into a coherent whole?”

The bottom line, she added, is that the agreement needs to “maximize collaboration across countries, inside countries, across the different levels, across sectors. The universal truth has now become very evident: We’re all better off with climate action — ASAP — than without.”

At the end of the conversation, during the Q&A, a member of the audience asked Figueres if she felt a sense of urgency. “I think we’re really in a race against time with climate,” he said, “and you want to carefully negotiate between different countries and different groups that have different notions of what we need to do.”

“I wake up with a clock ticking between my eyes. I am totally with you on the urgency,” she replied. “But, I also have to understand, and it is my responsibility to understand, that policy development does not happen at that speed. My most frustrating moments are bringing those realities together. How the heck do you bring them together? We have to, because we have no other options.”