Unseen Plastics in Our Water

The movement to stop plastic from polluting our environment has picked up incredible momentum in recent months. The UN has declared the entire year dedicated to reducing ocean plastic pollution, National Geographic has launched a multi-year Planet or Plastic? campaign, the EU may ban single-use plastics, and California has several pieces of legislation in the works to stop pollution from plastic straws, bottle caps, and even to reduce ocean pollution from plastic microfibers shed from clothing in the wash. 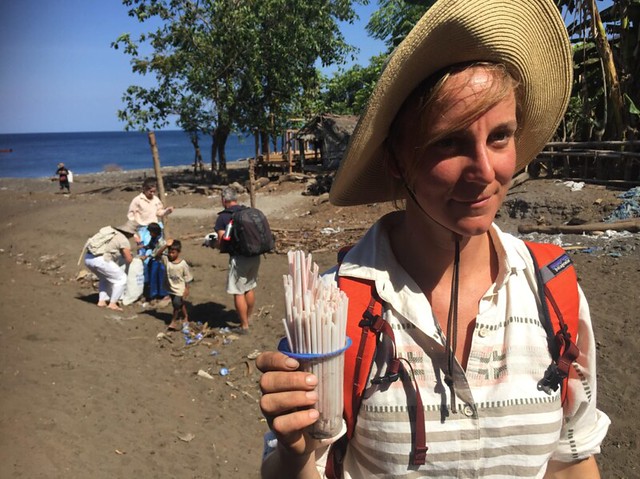 Plastic Pollution Coalition (PPC), a project of Earth Island Institute, has been at the forefront of this movement since 2009. Now, with more than 700 organizations and businesses in 60+ countries in the coalition, PPC uses digital organizing to further the goal of working toward a world free of plastic pollution. Because grassroots efforts are at the heart of the work the PPC does, it often supports citizen science initiatives that aim to map plastic pollution, publish original research, and push legislation to protect our planet.

In the past six months, PPC has been highlighting the work of coalition members who are using citizen science. This includes groups that are charting litter all over the world via an app called Litterati; youth in the Bahamas who dissect fish, learn about microplastics, and turn that knowledge into action by working with local government; and folks who are gathering water samples from all over the world to create a multi-year global study on microplastics in the world’s oceans.

The last initiative, involving global water samples, could not have been possible without citizen science. Abby Barrows, a PPC scientific advisor and marine research scientist with Adventure Scientists, a group that leverages the skills of the outdoor adventure community to gather data on the environment, and College of the Atlantic, led the citizen-science study by collecting more than 1,300 water samples sent by individual volunteers from all over the world and processing them in her lab in Maine.

Barrows collected and studied the 1-liter water samples and published her findings in the journal ScienceDirect this month.

The results of the study, which is based the most extensive global coastal and open ocean grab sampling effort to date, are sobering. The presence of plastic microparticles in the world’s oceans is on average approximately three orders of magnitude higher than what scientists had estimated so far. As far as the particles themselves, 91 percent were microfibers, which are tinier than those captured in the majority of ocean surface studies.

The promise of citizen science lies not only in its contributions to research, but also in its ability to transform our relationships with the natural world.

I went to Joshua Tree National Park because I was tired of despair. Not that the deserts of Southern California are particularly uplifting places as of late.

“Microfibers are infrequently documented and not typically included in marine environment impact analyses, resulting in underestimation of a potentially pervasive and harmful pollutant,” the study says.

This kind of research would not have been possible without citizen science. “There is no way I could have traveled to all these places and done this on my own,” Barrows says. “I’d been running a small citizen science initiative in Maine, but partnering with Adventure Scientists made it possible to recruit more than 1,000 volunteers to gather water samples from all over the world.”

Adventure Scientists used its global community and social media channels to recruit volunteers. One citizen scientist, Dylan Jones, a journalist and photographer from Davis, West Virginia, completed the online volunteer training and read about the microplastics problem before collecting water samples from four different countries on various expeditions as a rock climber and adventurer.

“When I came home to West Virginia, I realized I had taken samples in Thailand, Chile, and Costa Rica, but never at home, and I love this place dearly,” Jones says. So he recruited local volunteers and together they gathered 26 fresh water samples for another study in the Global Microplastics Initiative.

Another element that built community among the citizen scientists was periodically reviewing the water sample results, which Barrows would send each month. “A lot of the samples came from ‘pristine’ environments, and people were surprised by the results. According to Adventure Scientists, 80 percent of volunteers said they had taken action to stop microplastic pollution in their communities after participating in the study.”

“These results should give us pause,” Barrows says. “Plastic is a relatively new material, but it’s prevalent all over the world. We each should recognize our personal contribution to the issue and realize that we can spur companies to action. We designed our way into this and we can design our way out of it. We need great minds to drive change within the clothing and textile industry.”

What can you do to stop pollution from microfibers?

Washing clothing less frequently and buying clothing made from natural fabrics is a good place to start. For more ideas, read PPC’s 15 Ways to Stop Microfiber Pollution Now. And if you’re in California, support AB 2379, legislation aimed at reduce pollution from plastic microfibers.