The Climate Emergency is Here

The new IPCC report portends “code red for humanity,” but there’s still time to ease some of the damage.
Austin Price

The climate emergency is here, it is caused by humans, largely through the use of fossil fuels, and it affects the whole planet, according to the Intergovernmental Panel on Climate Change’s (IPCC) new report, which United Nations Secretary-General António Guterres called a “code red for humanity.” That much is unsurprising to scientists, activists, and perhaps anyone who may have experienced record-breaking heatwaves, wildfires, or historic rainfall this summer. 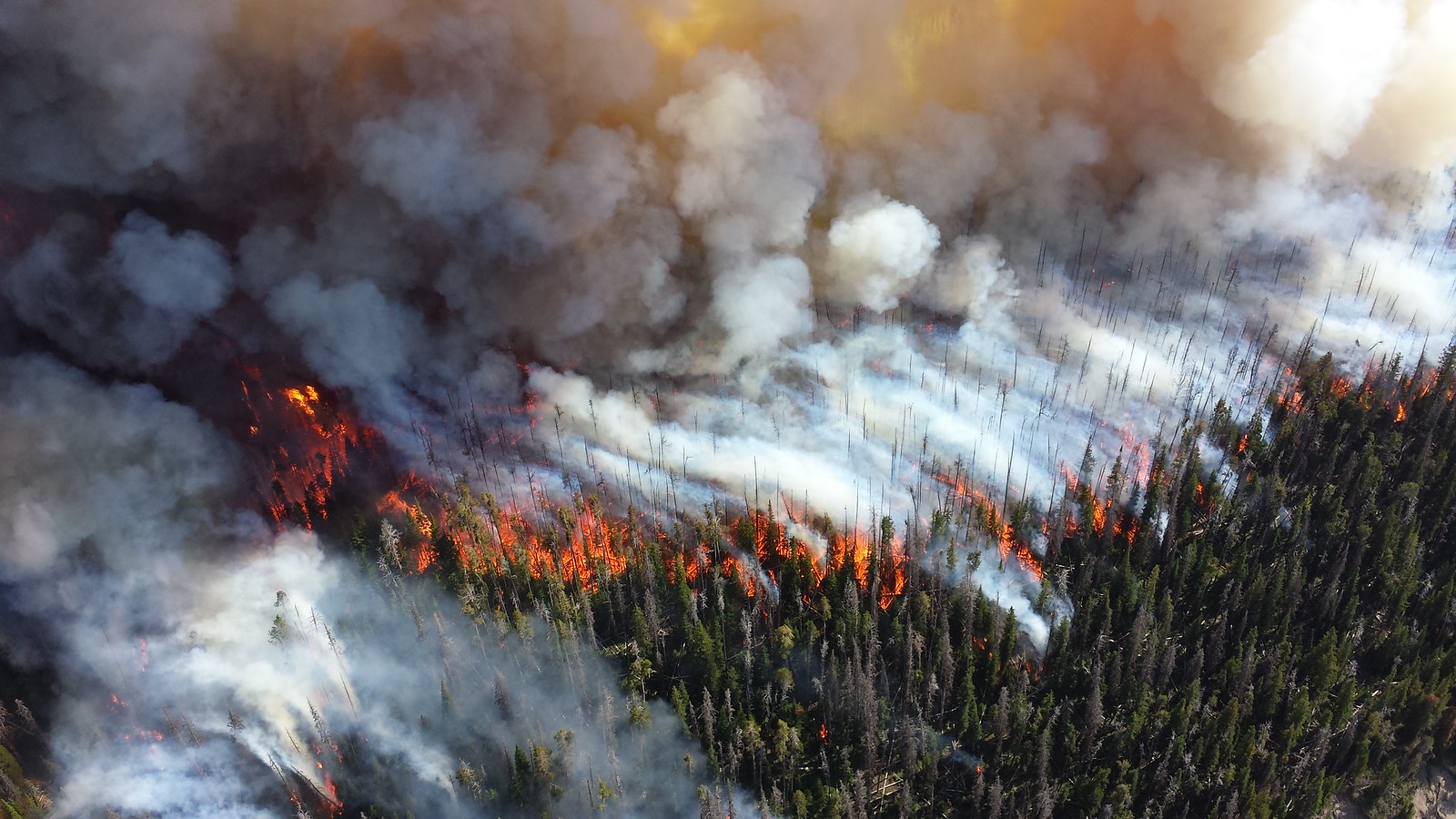 The report estimates that over the next two decades, global temperature will surpass 1.5 degrees Celsius above pre-industrial levels, and will result in increasing extreme weather events. Photo of the 2013 Alder Fire in Yellowstone National Park by Mike Lewelling / National Park Service.

But the report doesn’t stop there. It estimates that over the next two decades, global temperature will surpass 1.5 degrees Celsius (2.7 degrees Fahrenheit) above pre-industrial levels, thereby breaking the threshold set by the Paris Climate Agreement. Even the best of the report’s five possible future scenarios sees us breaching that mark much earlier than past predictions. A hotter future is certain and irreversible — instilling the need for even more aggressive action.

“The report paints a very sobering picture of the unforgiving, unimaginable world we have in store if our addiction to burning fossil fuels and destroying forests continues,” said Helen Mountford, vice president of climate and economics at the World Resources Institute, in a statement. “If this IPCC report doesn’t shock you into action, it should.”

The nearly 4,000-page report from 234 scientists is based on an assessment of tens of thousands of studies on climate change and its symptoms: from ocean acidification and an increasingly variable water cycle, to rapid polar change, and extreme weather.

If the last IPCC report, published in 2014, nodded to the likelihoods of human influence on climate and climate influence on local weather, today’s report affirms it: It is “indisputable” that human activity is causing the climate crisis, and that the climate is making extreme weather events more frequent and severe.

According to Panmao Zhai, a climatologist and co-chair for the working group behind today’s report, heatwaves that once occurred on average once every 50 years in the late nineteenth century now occur once a decade. “Some recent hot extremes in the last decade would have been extremely unlikely without human influence on the climate system,” said Zhai at a press conference this morning. The heat dome over the west coast of North America earlier this summer, for example, is a clear example of what we can expect more frequently in a warmer future. 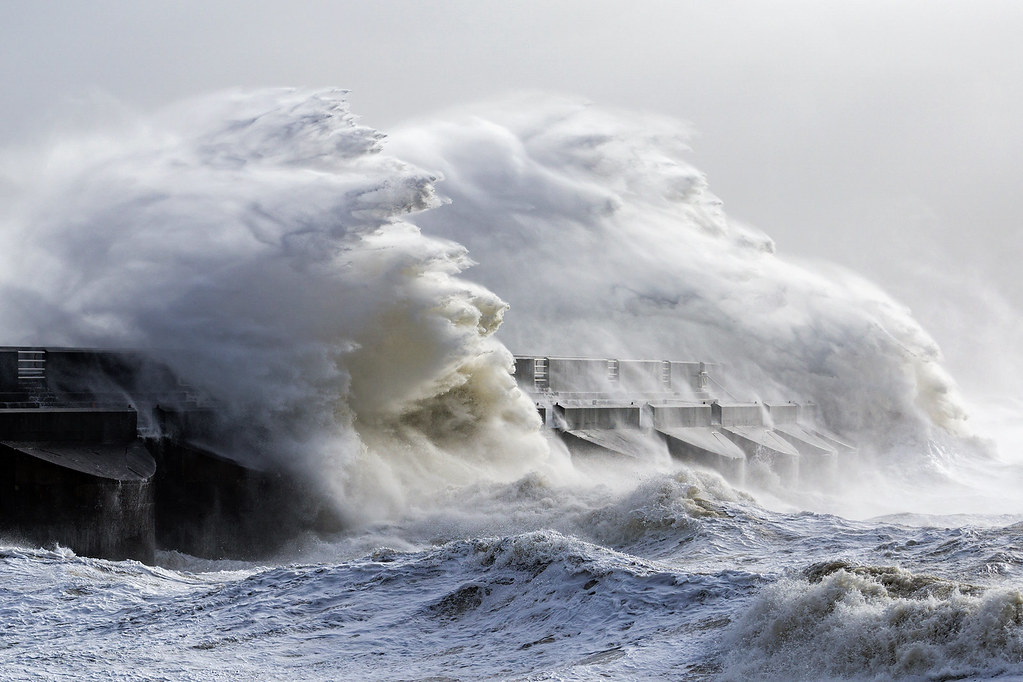 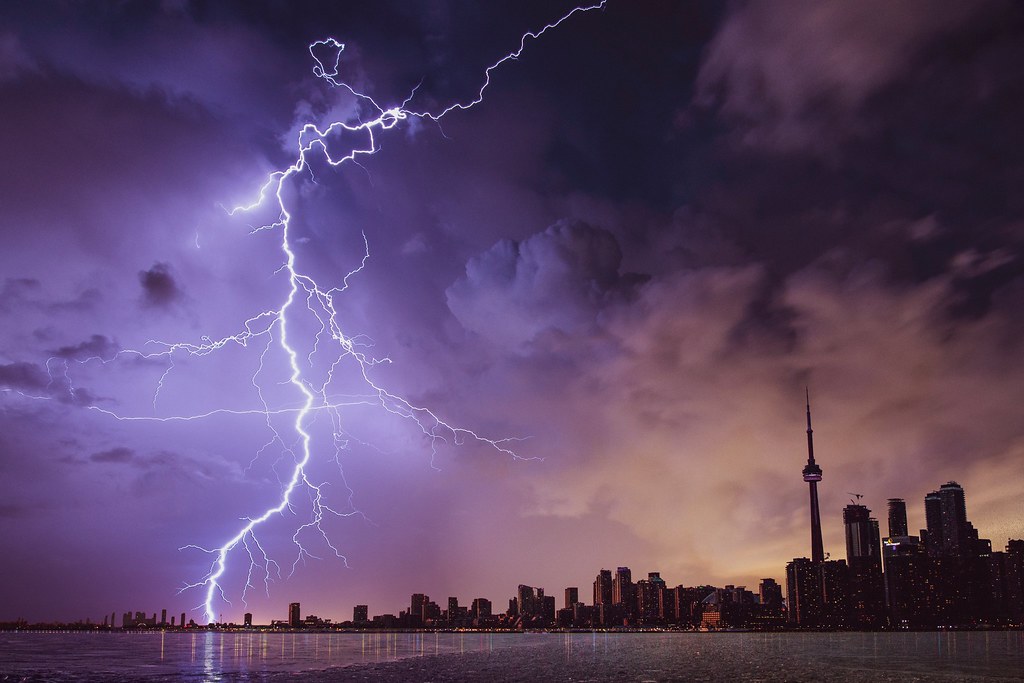 The extreme weather impacts don’t stop at heatwaves: more frequent heavy rainfalls will bring floods, more intense droughts will increase the risk of wildfires, sea levels will continue to rise as glaciers retreat and sea ice melts. And as the last few months alone have revealed, these impacts can happen anywhere. An interactive atlas shows how different countries could be transformed by rising temperatures.

“You’ve been telling us for over three decades of the dangers of allowing the planet to warm,” said the UN Environment Progamme’s Inger Andersen during this morning’s press conference, speaking to climate scientists. “The world listened, but didn’t hear. The world listened, but it did not act strongly enough. And as a result, climate change is a problem that is here now. Nobody is safe.”

Many of these changes, according to Valérie Masson-Delmott, the other co-chair of the IPCC working group behind the report, “are irreversible in our lifetime and will continue for generations to come.” The global ocean temperature is projected to increase two to eight times as much as it has increased since the 1970s, said Masson-Delmott. And as the Greenland and Antarctic ice sheets continue to melt, the world is “locked in” to at least six inches of sea level rise by 2050.

But the “good news,” said Masson-Delmott, “is that these irreversible changes can be slowed down with rapid, strong, and sustained reductions in emissions,” while other changes may be stopped entirely if we halt greenhouse gas emissions. “It is possible to limit future warming within a few decades,” she said.

Amid the stark warnings and “code red,” the new report is a clear call to climate action on both an international and local level. The report shows scientific evidence that recent progress to curb climate change does make a difference: Progress in climate policies have made a dent in the emissions rates projected in “business as usual” scenarios outlined in past reports.

For some climate activists, the IPCC is giving the clear signal that the time is now to increase pressure on our world leaders. “The report is crystal clear,” said Anusha Narayanan, Greenpeace USA’s climate campaign manager, in a statement. “We must end all fossil fuel use and immediately transition to renewable energy.”

Narayanan then points to the current bipartisan infrastructure bill at the top of President Joe Biden’s domestic agenda — a bill that includes $25 billion in subsidies for the fossil fuel industry. “Congress and President Biden need to look around. We have wildfires burning towns to the ground, record-breaking heatwaves killing people across the country, and port cities being consumed by sea level rise,” Narayanan said. “We are living in a climate emergency and our only hope for survival is to commit to an immediate, total transition to renewable energy.”

“As much as you or I might want to solve this crisis alone, we cannot do it without leadership from our elective representatives. What we can do is hold them accountable — using our voices and, when we have the opportunity, our votes, to demand action before it is too late,” wrote atmospheric scientist Michael E. Mann in an opinion article published today in Time magazine. “Let this latest report be our rallying cry.”