Trump Expected to Pull Out of Paris Climate Deal

If White House sources are to be trusted, it appears that Donald Trump is all set to pull out of the Paris climate change agreement. The long-expected move by a president who has called global warming a hoax created by the Chinese is sure to further worsen the United States’ relationship with its allies. 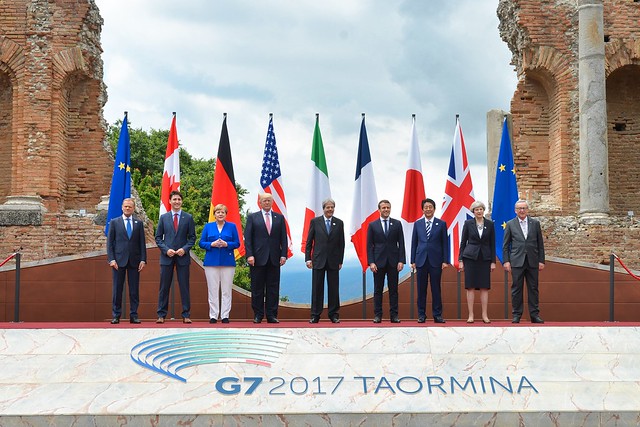 The president had refused to endorse the accord during the G7 summit last week, despite pressure from Europe, Canada, and Japan, a move that led German Chancellor Angela Merkel to comment that the discussions “had been very difficult and not to say very unsatisfactory.”

According to Reuters, Trump neither confirmed nor denied the news in a post on Twitter, saying only, “I will be announcing my decision on the Paris Accord over the next few days.”

If the US does eventually pull out of the historic 2015 global deal that seeks to curb greenhouse gas emissions and slow down climate change, it will be in league with only two other countries that haven’t signed on to the agreement — Syria and Nicaragua. The US had committed to reducing its emissions by 26 to 28 percent from 2005 levels by 2025.

A pullout isn’t going to receive much support from Americans either. A recent Yale Program on Climate Change Communication poll found that nearly 70 percent of Americans, including a majority in all 50 states, support the US participating in the Paris Agreement.

Environmental groups have, naturally, criticized the reported decision by the Trump administration.

“Trump’s pullout is a foolish mistake; yet another of his self-inflicted wounds against the advice of his own advisors,” says David Phillips, executive director of Earth Island Institute (the publisher of Earth Island Journal). “The US will be rightly seen as a global outcast, abandoning the global scientific consensus that the climate crisis must be reversed. Meanwhile, the effort for clean, renewable energy continues to gather strength — with or without the US.”

Sierra Club executive director Michael Brune commented along similar lines. “This is a decision that will cede America’s role internationally to nations like China and India, which will benefit handsomely from embracing the booming clean energy economy while Trump seeks to drive our country back into the nineteenth century,” he said in a statement.

Most analysts believe that a US pullout could have major implications for the deal, which depends on emissions reductions commitments from big polluting nations like the US and China.

However, according to an earlier analysis by the Environmental Law Institute, if Trump does actually go through with this decision, it would likely not go into effect until November 5, 2020, two days after the next presidential election. The reason? The Paris agreement requires countries to give written notice of withdrawal. It does not permit such notice until three years after the agreement entered into force in November 2016, and withdrawal takes a year following the notice. In order to withdraw from the Paris Agreement immediately, Trump would need to withdraw from the United Nations Framework Convention on Climate Change (UNFCC), the analysis says.

The Paris Accord was an executive agreement signed by President Barak Obama under his independent constitutional authority. Such international agreements are not submitted to the Senate, but they are considered treaties under international law. However, participation in the UNFCCC was approved by the Senate and as such, withdrawing from the UNFCCC would surely raise objections in the Senate for failing to follow constitutional procedure.

The long and short of it: We still have a window of time to act and make sure the US sticks to its international climate commitments. And if we put our voter power to good use, by 2020 we might just have a climate hawk rather than a climate denier in the oval office.