In 2010, social scientist Jennifer Telesca arrived in Paris to attend meetings at the International Commission for the Conservation of Atlantic Tunas, or ICCAT. Journalists were typically barred from most ICCAT meetings, but as an academic researcher, Telesca had been granted observer status to study the systems that govern the management and conservation of the warm-blooded ocean giant Thunnus thynnus, the Atlantic bluefin tuna.

“I had realized that if we were to take the Anthropocene seriously, then we also had to start looking at what international law and economics are doing to bring about this condition,” she says.

Since 1966, ICCAT has gathered delegates from more than 50 countries with economic interest in the Atlantic Ocean’s tuna fishery. Throughout that time, demand for bluefin increased with the birth of the global sushi economy. Between 1970 and 1990, prices for the fish exported to Japan jumped 10,000 percent. In one famous case, a Pacific bluefin fetched $3.1 million at an auction. Bluefin populations around the world then steadily declined, some populations by up to 80 percent. In the Atlantic, bluefin numbers dropped even as ICCAT continued to regulate tuna catch limits, which drew suspicion from some fisheries experts and wildlife ecologists. Environmentalist Carl Safina called ICCAT the “International Conspiracy to Catch All Tuna.”

Telesca’s new book Red Gold: The Managed Extinction of the Giant Bluefin Tuna, published last year, is the result of a decade of research, including an ethnography of ICCAT, where she observed the Commission’s activities in France, Spain, and Morocco, met with delegates, mingled with them on coffee breaks, visited tuna farms, and pored over documents. In the end, she saw a “game” of winners and losers, a global political economy where animals are “evacuated of life but…alive with power as a commodity for the profit and the consumption of global elites.”

The animal as a commodity, she writes, is another symptom of the Anthropocene, and a cause of what scientists are calling the Sixth Extinction. “The ICCAT apparatus has worked so well that it has organized with impressive ‘efficiency’ the profitable extermination of a former ocean giant in just a few decades,” she writes.

I recently called Telesca at her home in New York City, where she is an assistant professor of environmental justice at the Pratt Institute. We talked about the giant bluefin tuna, how ICCAT operates, the “monied interests” behind some fisheries science, and how issues of biodiversity loss and environmental injustice all stem from the same systemic root causes.

Austin Price: Much of your work focuses on the language ICCAT uses in bluefin tuna management, terms like “unit,” “product,” and “stock.” What does that language tell us about bluefin management?

Jennifer Telesca: It shows how completely evacuated ocean governance is of the mystery of the bluefin tuna and the reverence that I think we need to restore. This kind of language of “stock” and “product” reinforces how completely objectified the animal has become. The fish is an object that mates and eats and hunts and dies — that exists only for human consumption — and that’s the only mode of engaging with the animal in these regulatory spaces like ICCAT.

There was a moment when I was at a committee meeting when scientists put up a PowerPoint slide showing how far in such a short period of time a bluefin had traveled, from the Gulf of Mexico to the Canadian Maritimes in three months. I don’t know if you’ve ever seen a bluefin in the water. They’re such powerful animals that move like a flash. They can cross the Atlantic in 40 days, somehow navigating their way into that tiny stretch of the Strait of Gibraltar to enter, swim around, come back out, and then cross the Atlantic Ocean again. They’re extraordinary creatures, and you could feel in that meeting that the members of this committee knew how incredible these fish are. But ICCAT members have to wall themselves off from any reverence in order to operate as part of a global commodity chain, in order for the economy to either maintain itself or grow. 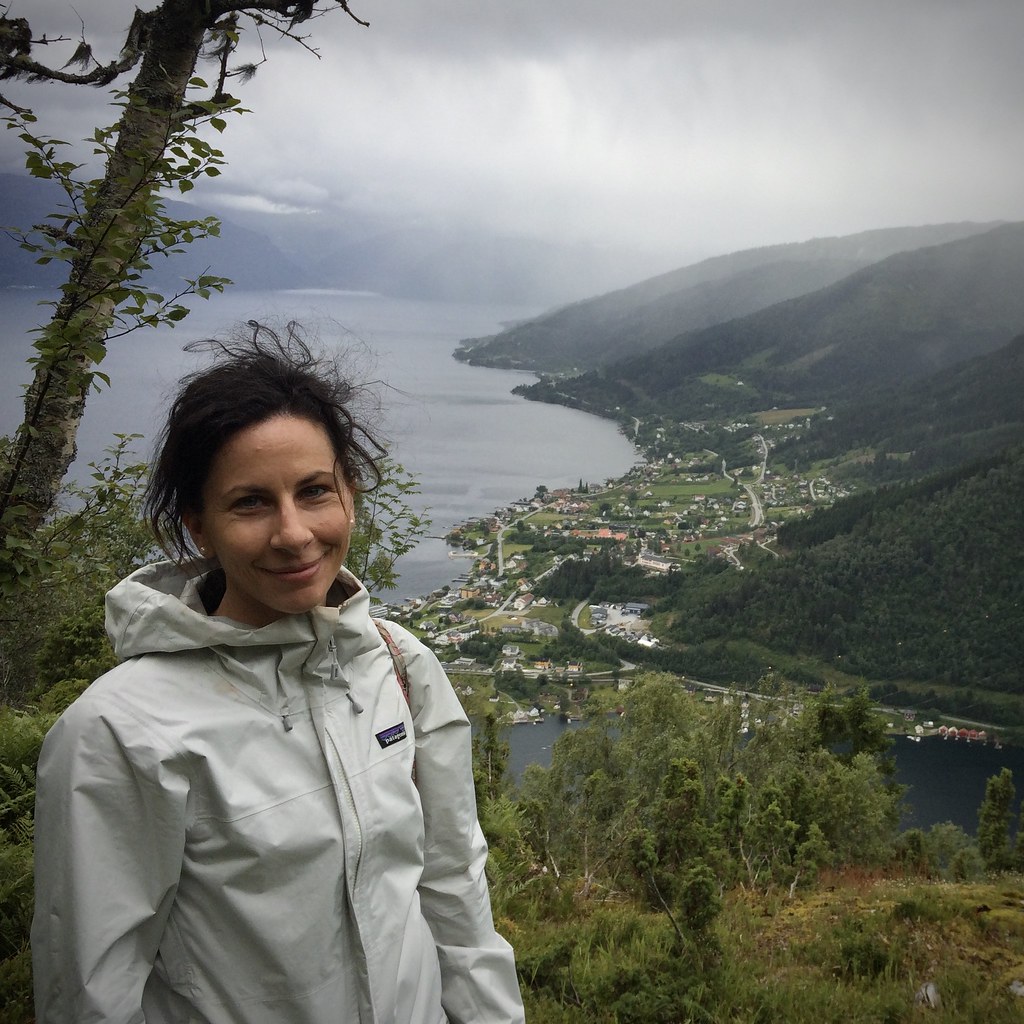 “Ocean governance is evacuated of the mystery of the bluefin tuna and the reverence that I think we need to restore,” says Telesca who spent a decade researching the tuna industry. Photo provided. 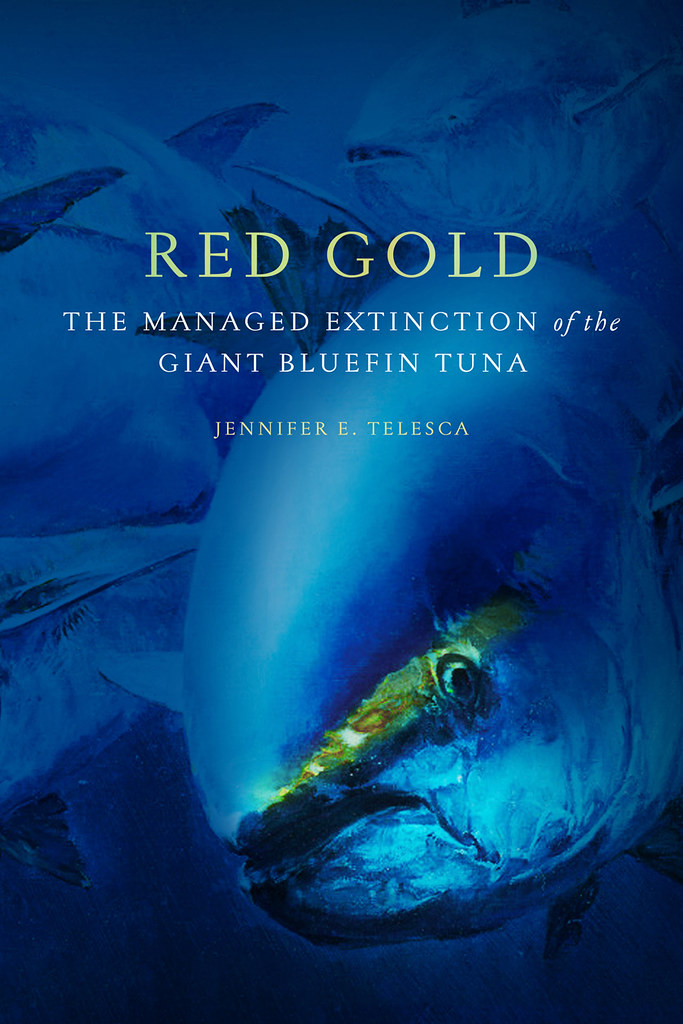 Telesca’s new book highlights how the commons itself had really become a site of enclosure.

The most valued type of fisheries science from the perspective of a policymaker is population dynamics. When we say “fisheries science” from an ICCAT perspective, this isn’t the world of taking a submersible deep underwater and exploring the fascinating lifeworld of these animals. Population dynamics just gives the policymakers the numbers they need to carry on the work of trade.

In the text of the treaty that formed ICCAT, there’s this verbiage of maximum sustainable yield (MSY), which was adopted by the United Nations at a conference in Rome in 1955. It’s the number that ICCAT uses to determine how much fish can be caught each year. I interviewed Sidney Holt, a well-known fisheries scientist, at his home in Umbria before he passed away earlier this year. He had attended that 1955 meeting, and he pointed out to me that the idea of maximum sustainable yield came first and the mathematical formula to justify it came later. (Holt called MSY “institutionalized greed.”) He said that the US advanced MSY, for one, to contain the Japanese economy after the war, and two, for economic power: The US knew that the poorer states didn’t have the infrastructure or the funding to be able to produce that kind of science. So you see the way, especially in the ocean space, that science is used to justify politics.

But even aside from the politics, even if you look into the actual way MSY functions, it doesn’t allow for what Daniel Pauly (a prominent marine biologist at the University of British Columbia) calls the shifting baselines. Shifting baselines is one of the factors driving the bluefin to extinction, but nonetheless, MSY is international law. And today it’s so normalized. Many scientists are reluctant to critique it.

In Red Gold, you show how influential Garrett Hardin’s “tragedy of the commons” metaphor (which says that shared and unregulated resource systems will inherently lead to over extraction, or in this case, overfishing) has been in global fisheries management, but you take issue with the metaphor. Why?

The “tragedy of the commons” is an ahistorical explanation of the decline of wild fish. People get radar locked on the “tragedy” part, since we can all agree that wild fish populations have declined tremendously since the 1960s. But a tragedy of what?

When Hardin published his article in 1968, policymakers effectively latched onto it. Hardin’s thesis said that in order to alleviate the tragedy of overfishing, we must move to privatize and regulate the “resource.” So in 1982, the United Nations Convention of the Law of the Sea codified Exclusive Economic Zones (EEZ), which put a third of the ocean under the jurisdiction of nation states. The UNCLOS treaty also said that any animal, like a bluefin tuna, that crosses out of an EEZ falls under the jurisdiction of a regional fisheries management organization like ICCAT. After UNCLOS negotiations, the US introduced the idea of a quota in an effort to enclose not only the space but also access to the “resource,” meaning the bluefin.

And it’s not just the bluefin tuna that suffers, right? Your book also points to the inequities in ICCAT and global political economy in general.

The postcolonial organization of the market is so clear in ICCAT meetings. You can see the disparities between the so-called Global North and Global South — between the well-financed member states that can send 40 delegates to ICCAT commission meetings and the poorer countries that can afford to send maybe one.

Inside ICCAT, I would hear delegates from North African states argue that they are habitually allocated a small quota. They’re not able to break out of what they call the allocation scheme, part of the ICCAT game. There’s no real effort at the level of consensus to reorganize and equitably distribute access to the “resource.”

I gathered from your book that that’s what many animal advocates miss. You wrote that one prominent environmentalist, when you asked about the economic injustices inherent in ICCAT, told you, “I don’t work in poverty reduction” — as if poverty and environmental degradation were completely unrelated.

Right. The demands of past environmental campaigns to save the bluefin concerned only the size of the total quota allocation: the total volume of bluefin that ICCAT is allowing nations to harvest each year. Completely eclipsed from that advocacy was the question of who is getting the biggest slice of that volume, who we are saving the bluefin for.

So what needs to change?

My answer to that question evolves, but my book offers an invitation to think of environmental justice on both the local and global scale. The environmental justice movement aims to reclaim this idea of home. It’s a demand of policymakers that they be responsive to the safety and vibrancy of our home.

We can see how the commodity system is reproduced locally, with oil refineries next to neighborhoods in Louisiana or higher asthma rates in communities of color in the Bronx. But something similar can be said here of the ocean. The bluefin tuna herself is marginalized and objectified. And the disparity between rich and poor states on a diplomatic scale is palpable. An environmental justice framework encourages us not only to see that we’ve lost a lot of fish but to ask why we’ve lost a lot of fish. It recognizes that the problems we face are systemic.

I don’t have a silver bullet or a specific policy answer, but if we want any kind of change to the current status quo, I think the first step is for us to transform our relationship with the natural environment and other marginalized beings. That respect for nature, I think, becomes a precondition in order to reclaim our common home and to demand of decision makers a transformation in policy that conforms to that respect. Could you imagine if a zone like ICCAT actually adopted that kind of worldview? We’d have a totally different space.

This interview has been edited for clarity and length.