It’s that time again, when we reflect on the year that’s passed and draw up a tally of the best and worst of just about everything. For us at the Journal, the tally is, naturally, about the most important environmental stories, stories that are not necessarily headline-grabbers, but are likely to have long-term impacts on the state of our land, water and air.

This year, we sought the collective wisdom of the greater Earth Island community while drawing up our list. I asked the directors of Earth Island’s diverse range of environmental projects — who work on everything from wildlife conservation, social justice, food and agriculture issues, to climate policy — to send me their thoughts on the key events or developments in the past year. 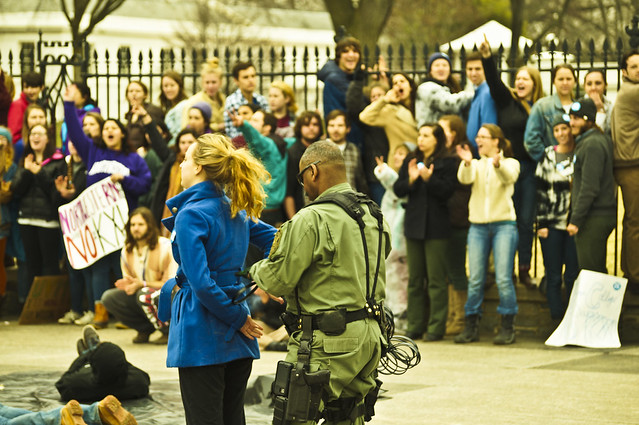 Photo by Joe BruskyA Keystone XL protestor being arrested in front of the White House in 2011. President Obama’s rejection of the pipeline project is was probably the biggest victory for environmentalists in recent years

Climate change and energy stories dominate the list more than ever before, what with the fall of Keystone XL and the more or less positive outcome of the Paris climate talks. But this year has also seen some key developments in wildlife issues and politics. Without further ado, here’s our crowd-sourced list of the most important stories of 2015.

The dismissal of the Keystone XL project was probably the biggest victory in recent years for the green movement that had been fighting the proposed pipeline for seven years. The pipeline — which would have shipped tar sands oil from Alberta, Canada to the Gulf of Mexico — was opposed by a broad-based, grassroots coalition that included environmentalists, indigenous peoples, students, faith-based and civil rights groups, and labor unions. This mass mobilization provided the environmental movement the fillip it needed to make the struggle over Keystone XL a mainstream, almost symbolic, political issue.

In his November 6 statement rejecting the project, President Obama echoed Keystone opponents’ words when he said that to curb climate change “we’re going to have to keep some fossil fuels in the ground.”

The newly energized environmental movement is now looking to build on this victory and press for a halt to all new fossil fuel infrastructure.

After two decades of meetings and negotiations, countries around the world for the first time committed to a universal agreement to limit greenhouse gas emissions to 1.5 degree Celsius above pre-industrial levels at the UN climate talks (COP21) in Paris. The agreement, signed by 187 countries on December 12, sets out procedures for review every five years to see if countries are on target to meet their emissions reduction goals and includes a mechanism for addressing the financial losses vulnerable countries may face from climate change related events. Critics have slammed the deal for including a clause that bars the agreement from being used by vulnerable countries to claim legal liability for climate change, but most agree that it’s a historic step forward in getting nations to act together.

“Does anyone really believe we can save ourselves without a global deal? Maybe now we can stop pretending. Paris was a breakthrough if not a success. There is much to do,” concludes Tom Athanasiou, director of Earth Island’s Eco Equity project, who is also co-director the Climate Equity Reference Project, a key civil society group involved in the climate negotiations.

The Slaying of Cecil the Lion 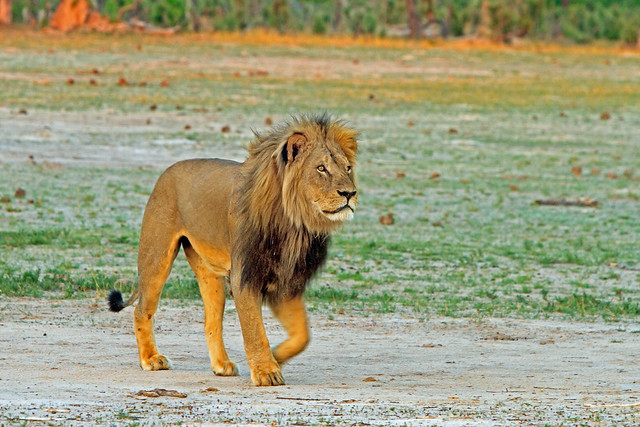 Photo by paulafrenchpFollowing Cecil’s killing by an American dentist, the US Fish and Wildlife Service has announced that it will list African lions as threatened or endangered.

The Internet went ballistic in July over the killing of Cecil, a much-loved, 13-year-old lion that lived in Zimbabwe’s Hwange National Park. So bitter was the vitriol against Walter J. Palmer, the Minnesota dentist allegedly responsible for the act, that he had to go underground.

Cecil’s death is tragic in itself, but far more disheartening is the fact that such “hunts” are rather routine. They are part of the all-too-common trend of trophy hunting, especially by wealthy American tourists, that is contributing to the decline of lion populations in Africa. According to the Humane Society of the United States, the trophies of 719 African lions were imported into the United States in 2014. Of those, 620 came from South Africa, and of those, well more than half, 366, were killed in captive hunts.

One positive fallout of Cecil’s death is that — in response to the public outrage — on December 18, the US Fish and Wildlife Service announced that it would list lions in central and West Africa as endangered and lions in southern and East Africa as threatened. The listing would ban the import of lion trophies to the US. (California’s ban on ivory sales is going to be similarly key to combating the elephant-poaching crisis in Africa.) As HSUS chief Wayne Pacelle wrote in his blog today: “Our nation has been a big part of the problem, and now we can be part of the solution.”

In September and October, a series of exposes by InsideClimate News and an LA Times and Columbia Journalism School team, revealed that fossil fuel giant Exxon knew — from it’s own cutting-edge scientific research from as far back as the 1970s — that burning oil and gas may cause global warming. But instead of sounding the alarm, the company used the information to plan its own long-term strategies, like drilling in the Arctic while at the same time funding counter-information campaigns that cast doubt about the risks of climate change. While the news that an oil company was funding climate denial didn’t come as too much of a surprise, the sheer scale of Exxon’s duplicity is astounding.

Following these revelations, the New York attorney general launched a sweeping investigation of the company to determine whether it lied the public for decades about the risks of climate change. There’s talk that the investigation might expand further, to encompass other big oil companies.

“I think one takeaway is we shouldn’t be trusting the oil industry on climate policy,” says David Turnbull campaigns director of the watchdog group Oil Change International.

On October 7, 2015, a federal jury awarded Coolville, Ohio cancer patient Carla Bartlett $1.6 million and ruled that the chemical company DuPont was liable for leaking a toxic chemical called C-8 used to make Teflon into the drinking water near one of its plants. The verdict — a culmination of nearly two decades of grassroots and legal activism — may set the tone for about 3,500 similar cases from people who claim they got sick or had a loved one die from drinking contaminated water or breathing C-8 laden air. (Read the in-depth feature about this issue, Teflon’s Toxic Legacy, in the Journal’s current issue.) While the outcome of this trial is not binding on the other cases, it is seen as an early test of potential liability that DuPont faces for putting its own workers, local residents, and the American public at risk.

Harper Out, Trudeau In 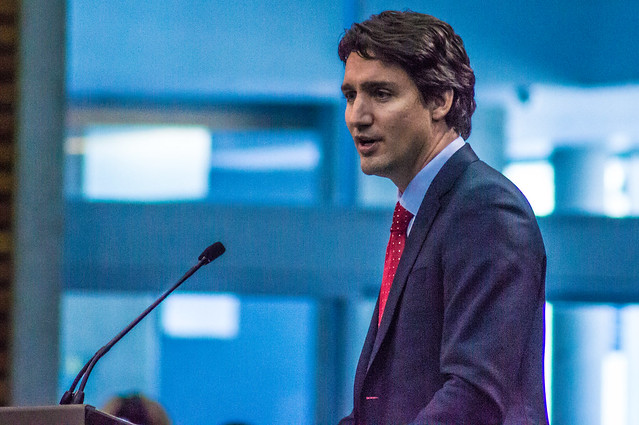 Photo by William PitcherGreens are cautiously optimistic about Trudeau.

Liberal leader Justin Trudeau swept the Canadian elections in October, ending the nine-year run of Conservative Prime Minister Stephen Harper, offering environmentalists hope that the country’s opposition to climate science and environmental protection will finally come to an end. Harper’s government had been a strong supporter of tar sands mining and had pushed hard for the construction of Keystone XL and other oil pipelines.

Soon after Trudeau took office on Nov 4, he issued mandate letters to the government ministries of environment and climate change, natural resources, and transport that put climate change at the center of the government’s agenda, and prioritized investment in clean energy. Given these developments, the prevailing mood within the environmental movement is upbeat. But, this optimism is tempered by the fact that Trudeau had supported tar sands and pipeline expansion during his election campaign.

In September, oil giant Shell abruptly abandoned its controversial drilling operations in the Alaskan Arctic “for the foreseeable future” in the face of mounting opposition from environmentalists, citing a “challenging and unpredictable” regulatory environment and insufficient oil and gas discoveries. The company has spent over $7 billion on its failed hunt for oil in the Arctic, which would have endangered one of the world’s last pristine environments which is already severely threatened by climate change.

A few weeks after the Shell announcement, the US Interior Department scrapped two lease sales for oil drilling in the Arctic Ocean, and rejected lease extension requests from Shell and others holding existing leases in the region. As of now, seven companies have drilling rights in the Chukchi Sea, but so far only Shell has explored for oil there. The Interior Department announcement is big because up to now the federal government has treated Arctic Ocean drilling as a done deal. But the destruction of the Arctic may not be inevitable after all. 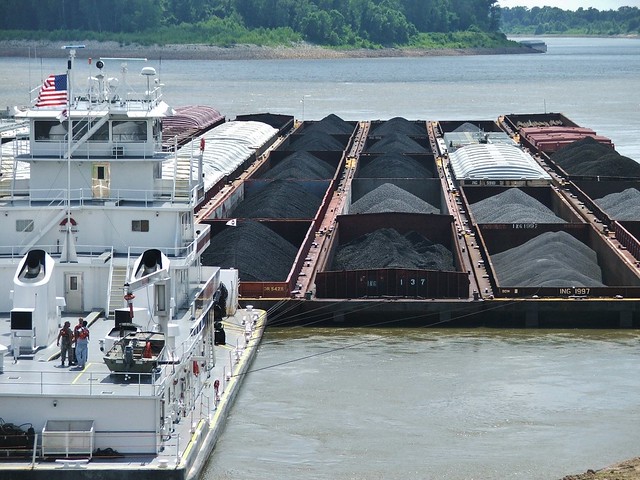 Photo by Neal WellonsThe historic fall in coal consumption was caused by a rising renewable energy market, a slowing global energy demand and the crackdown on air pollution in China.

This year saw the largest drop ever in global coal consumption. According to a Greenpeace analysis, between the months of January and September 2015 coal use around the world was down by at least 2.3 percent and by as much as 4.6 percent versus the same period last year. This historic fall was caused by a rising renewable energy market, a slowing global energy demand and the crackdown on air pollution in China, which is by far the largest coal consuming country in the world. Conversely, China has given the green light to more than 150 coal power plants this year. “The way these two contradictory ‘facts on the ground’ can coexist is that China is using its coal capacity at a lower and lower rate. But the tension between the forces that are pulling coal usage in China down and the forces that are pushing it up is sure to remain a central drama in the climate story in the coming years,” says Ted Nace of Earth Island Institute’s CoalSwarm.

Despite the rainy winter, the drought in California, now in its fifth year, is and not even close to being resolved. This continues to be big news because California grows nearly half of the US’s fruits, nuts, and vegetables, and is also the country’s number one dairy state, and because what’s happening in the Golden State offers a look into the future of the American West. And that future, it seems, will be hotter and drier and food scarce.

On a more positive note, after Governor Jerry Brown instituted mandatory water use restrictions in May, California residents achieved an average 27 percent decrease in water use for each of the last six months.

Wolves Get a Reprieve in 4 States 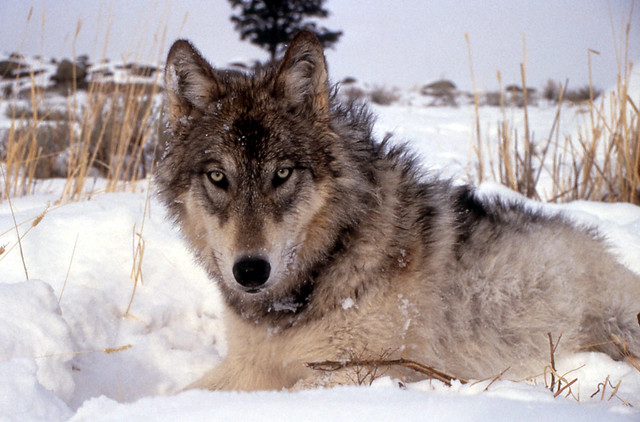 Photo courtesy of National Park ServiceWolves in Wyoming, Minnesota, Michigan and Wisconsin are safe for now.

Wolves in Wyoming, Minnesota, Michigan and Wisconsin got a reprieve in mid-December when a congressional rider that would have stripped federal protections from wolves was not included in the final budget. The move would have ended Endangered Species Act protection for wolves in these states and nullified decades of work to recover wolves in these regions. Sadly, wolf hunts are still legal in Idaho and Montana and hundreds have been trapped and killed by hunters this winter.