This Land Is Our Land

Aahhh, Labor Day weekend — the last gasp for those all-American summer pastimes of camping, hiking, fishing and backpacking. This holiday millions of Americans will take advantage of the long weekend to make one more adventure into our beautiful public lands before the responsibilities of fall descend. But if Congress doesn’t fulfill some of its responsibilities when lawmakers return from their August recess, the funding that sustains outdoor recreation and backwoods escape will be greatly reduced. 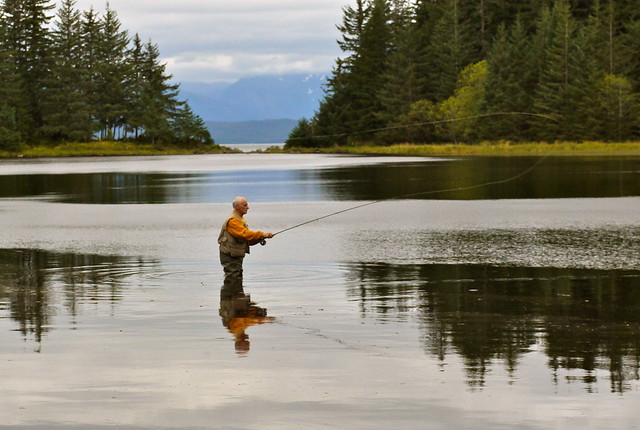 Photo by Joseph/FlickrSince its establishment in 1965, the Land and Water Conservation Fund has helped protect more than 5 million acres of natural landscapes and wildlife areas.

At the end of September, a long-standing public lands law will expire unless Congress renews it. During the last 50 years, the Land and Water Conservation Fund has pumped billions of dollars into federal and state programs to protect landscapes from reckless development and to help steward existing parks and wildlife areas. Now, however, ideological disagreements over the scope of the federal government have put in jeopardy this important land protection program.

The Land and Water Conservation Fund is an especially smart kind of public policy. The fund takes a portion of the royalties from offshore oil and gas drilling and uses those monies to pay for the acquisition of new nature preserves, as well as the maintenance of trails and facilities in national parks, national forests, and other public lands. The fund is sort of like environmental instant karma: It uses monies from activities that come with clear environmental risks to pay for activities that boast clear environmental benefits. And it doesn’t cost taxpayers a dime; fossil fuel companies pick up the tab.

Since its establishment in 1965, the Land and Water Conservation Fund has helped protect more than 5 million acres, including parts of Grand Canyon National Park and the Appalachian Trail. Monies from the fund are frequently used to match state government spending or non-governmental efforts to protect new lands. The only problem is that Congress often raids the fund to fund other projects. Only twice in the fund’s 50-year history have all of the up to $900 million in annual revenues gone to public lands programs.

Traditionally, the fund has enjoyed overwhelming support on Capitol Hill. It’s popular among birdwatchers as well as hunters, a hit with both the Sierra Club set and the Field & Stream scene. A love of the outdoors crosses partisan lines, and that spirit of bipartisanship was on display earlier this year when the Senate passed a reauthorization of the Land and Water Conservation Fund.

But the legislation is stuck in the House, where Utah Republican Rob Bishop, chair of the Natural Resources Committee, is holding it up. Bishop, a staunch opponent of federal powers, wants most of the fund’s spending to go to state park departments, which he believes will use the money better than the federal land management agencies.

State and local parks are important — no question about it. But Congressman Bishop’s enthusiasm is misplaced on this issue. After all, public lands in Utah don’t just belong to Utahns; they belong to all Americans. Since the monies that support the fund come from fossil fuel extraction on federal lands, they should be spent on sustaining national parks and forests, which often have higher levels of protection than state parks.

The Land and Water Conservation Fund is savvy public policy that is proven and popular. It deserves to be not only sustained, but strengthened with a legal guarantee that all of its revenues will be spent on land preservation and stewardship that meets the highest standards of protection. Congress’ support of the law will help guarantee that Americans continue to have plenty of opportunities for outdoor getaways for many holiday weekends to come.