The Risky Business of Building on Sand

Three years ago, when I was reporting on a story on climate change adaptation, the Environmental Protection Agency’s sea level rise expert James Titus told me that “managing human expectations” was by far the toughest part of figuring out how to adapt our lifestyles to a quickly changing world. This is especially true in coastal areas where, as the waters rise, we will have to make value judgments about which places to let go and which places to save by trying to hold back the sea. (Trouble is, no one expects to be the ones to be asked to let go.) 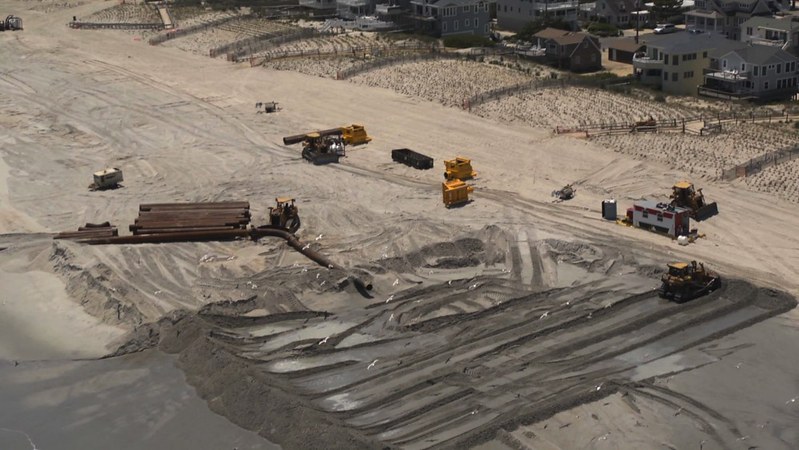 Photo courtesy Shored UpMore and more people are moving to coastal communities. So what do you do when a mega-storm like Sandy hits or when slow beach erosion eats at the foundations of beachside homes?

The documentary Shored Up shows that we have, in fact, already been making those value judgments, and so far, the decisions have neither been egalitarian nor, some would argue, sound calls.

The United States is a largely coastal nation. About 123 million, or 39 percent, of the country’s 300 million people live in coastal counties, which make up a mere 20 percent of the nation’s land area. There are enough reports and studies out there now that show how these coastal communities are at grave risk from climate change. Yet, more and more people are flocking to these communities. So what do you do when a mega-storm like Sandy hits or when slow beach erosion eats at the foundations of beachside homes? Which homes do you save? Which shoreline communities do you protect from future disasters of this kind?

Using TV footage from Hurricane Sandy and past severe storms, interviews with Sandy survivors, scientists, politicians and activists, as well as neat, hand-drawn animation, Shored Up explores these questions and highlights how heavy development along the nation’s coastline has put us in a tough predicament. And it shows how, usually, it’s the ones with the money — think $2 to $6 million “supersized McBeach” holiday homes — that get bailed out.

Director and producer Ben Kalina had set out to make a film in 2009 about the state of barrier islands and the Army Corps of Engineers’ expensive beach replenishment process, that’s basically a Sisyphean effort to pile sand up on the eroding beaches of these narrow islands only to have it get washed away in a few years, or even months if a big storm hits. (The process involves sucking sand out from the ocean bed a few miles out at sea and dumping it via pipes on the beachfront.)

But once he began digging deeper, the scope of the story expanded to looking into the politics of the way shoreline areas across the country — areas that should probably never have permanent structures — are developed and protected (or not) through means such as “terminal groins,” rock jetties perpendicular to the beach that hold back the sand and beach replenishment or “nourishing” projects.

Here’s the thing about coastlines though. They are constantly shifting. The waves that hit the shore draw up sand from one end and spit it out at another, endlessly shaping and reshaping the land at the water’s edge. Which means houses by the beach are constantly under threat from beach erosion. Here’s how Norbert Psuty, professor emeritus of coastal geomorphology at Rutgers University describes it in the film:

“The house that one time was sufficiently inland begins to get closer and closer and closer, and finally the shoreline is interacting with that structure. ...That construction line is now in the beach, in the dunes; and even though we have these lines on maps that kind of tell us it’s permitted to build, indeed the natural system has caught up with those lines and it’s not wise to be in some of those locations.” 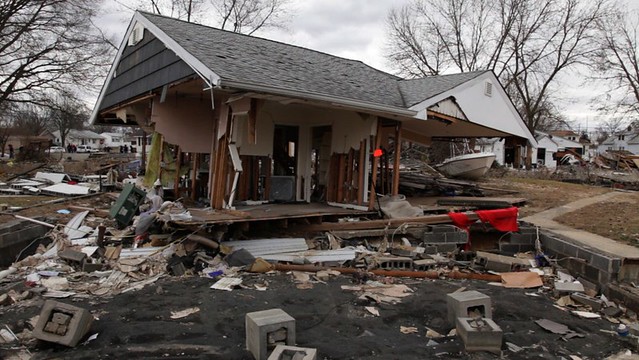 And now, there’s the added whammy of sea level rise caused by climate change, which is creating greater storm surges and speeding up the erosion process. Yet many coastal communities seem to be trapped in this endless cycle of fixing the beaches to save homes, then adding more expensive homes since the beachfront has been replenished.

Kalina illustrates this growing environmental and social justice dilemma by focusing on two different shoreline communities: Long Beach Island, NJ where replenishment projects have become controversial, yet keep taking place; and the Outer Banks of North Carolina — a state which had recognized the harmful effects of coastal engineering structures half a century ago and banned sea walls and groins, but is now trying to overturn some of these restrictions to protect development. (Remember the state lawmakers’ infamous attempt to ban sea level rise predictions? It features quite prominently in the film.)

Kalina was close to finishing his film in October 2012 when Sandy hit, bringing home, tragically, the point he was trying to make. He no longer had to project a “what if” scenario. It was there for all to see in the heart-wrenching post-storm images of shattered and crumpled houses, of family photographs half-buried in sand, and a woman and her daughter gathering up the pieces of her former life in boxes by the curbside.

There are, as someone in the film says, “limits to growth on a pile of sand.” But who’s listening.

There are no current theatrical screenings of the film, but you can request a screening in your town. Details here.