The Cost of a Battery

I SIT ON A CLIFFTOP in northern Nevada, an hour into the desert from the nearest town —Winnemucca. It is dawn. Big sagebrush carpets the broad saddle in front of me. Its sweet smell rises to my perch. Birds wheel over the mountains to the north. The sun rises dusky red through wildfire smoke on the eastern horizon. All I can hear is the wind. It caresses my skin, still warm in early fall. All I can see is wild. But within a few months, all of this could be gone.

This place, Thacker Pass, is the site of a proposed $1.3 billion lithium mine. Lithium Americas, the corporation proposing the mine, plans to turn Thacker Pass into an industrial extraction zone stretching across more than 17,000 acres. The open pit alone would cover two square miles, and that’s just for the first stage of the mine.

Exploration areas included in Lithium America’s planning documents could triple that size, and tailings piles, processing facilities, and treatment ponds would sprawl across more land. According to project documents, the mine would burn 11,000 gallons of diesel fuel per day, and rely on more than 75 semi-truck loads of sulfur (waste from oil refineries) as the key chemical ingredient in processing the ore.

The mine, if built, would use and pollute more than 1.5 billion gallons of water per year, dropping water tables and potentially drying out 14 springs that are the only home of a springsnail species called the King’s River pyrg. It would impact golden eagles, pronghorn antelope migration routes, and the best greater sage-grouse habitat left in Nevada.

The demand for lithium is driven partly by the rise in personal electronics that use lithium-ion batteries, but mostly by skyrocketing demand for electric cars. The irony is not lost on me: millions are pinning their hopes for saving the planet on electric cars that require the destruction of this land.

Looking across the landscape, I imagine this quiet sagebrush desert turned into a mountaintop removal mine. My body shudders, my pupils contract, my heart beats faster. I feel fear for this land. These stark vistas, these star-spangled nights, these coyote mornings are threatened.

Breathing deeply, I close my eyes and sink into the land. The mountain whispers to me, speaking of its past and its future. My consciousness dwindles, and I merge into a being far vaster and older than my body can hold.

Empires rise and empires fall, romances bloom and fade, humans toil and laugh and fall into their graves for thousands of generations, and through it all there is stone, there is wind, and there is water. There is the coming and going of humans, their laughter, their campfires, their moonlit kisses and breathless hunts, their slow shaping of obsidian into blade.

In my vision, greed comes, wearing the flesh of human beings and armored in corporate law. Greed eyes the mountain and sees not the pronghorn or the burrowing owl or the ants venturing out from their colony, but only what he can take by breaking it all — by violating stone and wind and water, by transgressing of 16 million years of sacred silence.

Greed sees that this mountain is full of lithium — the new white oil. Greed is a good storyteller, and he speaks of jobs and opportunities and investments, of stock options and shareholder returns, and electric cars. He speaks of saving the world.

Right now, greed gathers his men and his machines, his drillers and borers and furnaces, his explosives and his chemicals and his politicians and his bankers. And he schemes, and he plans, and he wheels and he deals. He waits for his moment to press the plunger down, to close the circuit, to shatter the mountainside.

If that happens, 16 million years of sacred silence will be shattered by the thunder of explosives. Pronghorn will turn, poised, quivering for the chase. Rabbit will freeze, not a hair stirring. Owl will hunch in her burrow over her soon-to-be-born hatchlings. Even the scurrying ants will stop as one.

In this future, explosions zipper and ripple their way down the mountainside. The mountain shudders as its body is shattered. Eyes shut tight, my body convulses as if the explosions were tearing my own flesh apart, a staccato execution, bullets tearing through flesh, bones shattering, organs pulping, nervous system frantically calling out to parts no longer connected to whole. My skin breaks out in sweat.

The neighboring peaks watch the dust rise over the corpse of their brother, and far above, prairie falcon circles over her desecrated hunting grounds.

Trucks arrive to cart away the broken fractured flesh of the mountain, carrying it to great furnaces, piling in stone and bone and the crushed bodies of ant and burrowing owl, the bodies of ancestors, and incinerating them in a great charnel pit sacrifice to progress. Stone becomes lithium becomes batteries becomes money. Wallets grow fat as the mountain grows small. Greed takes his money, sacks of it, heaps of it, mountains of it, and places it into his sleek electric car, and drives away with it and never comes back. 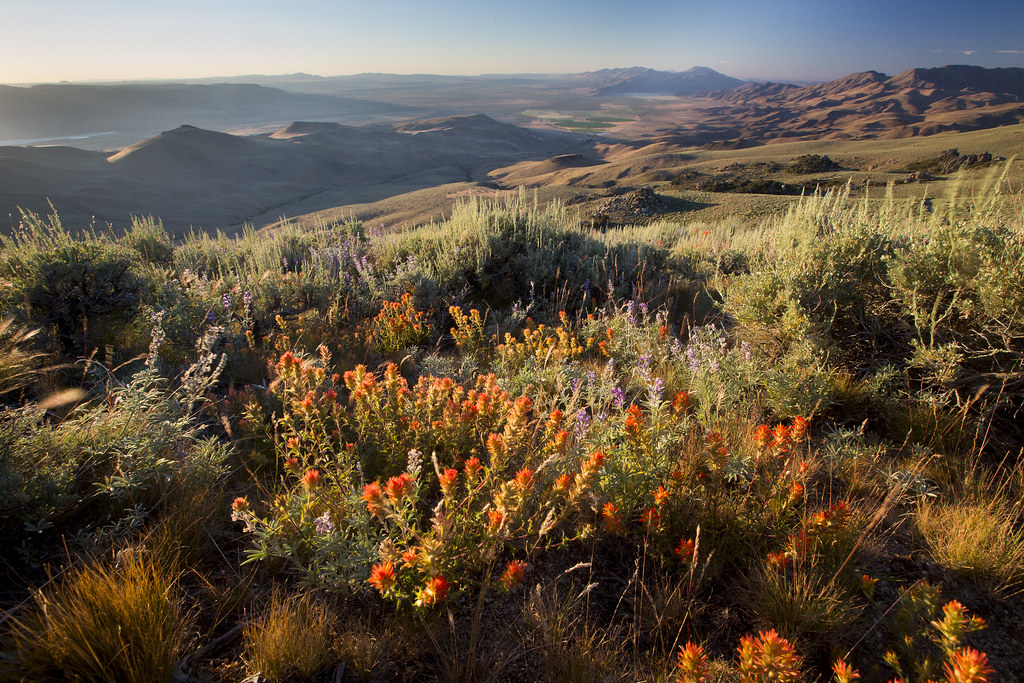 Part of the McDermott Caldera, Thacker Pass was formed more than 16 million years ago and is home to a range of wildlife including pronghorns and prairie falcons (pictured below), and sage grouse. It is the traditional and unceded territory of the Paiute Nation and is United States Bureau of Land Management (BLM) public land. Photo’s by Bob Wick and Rita Ayers /BLM. 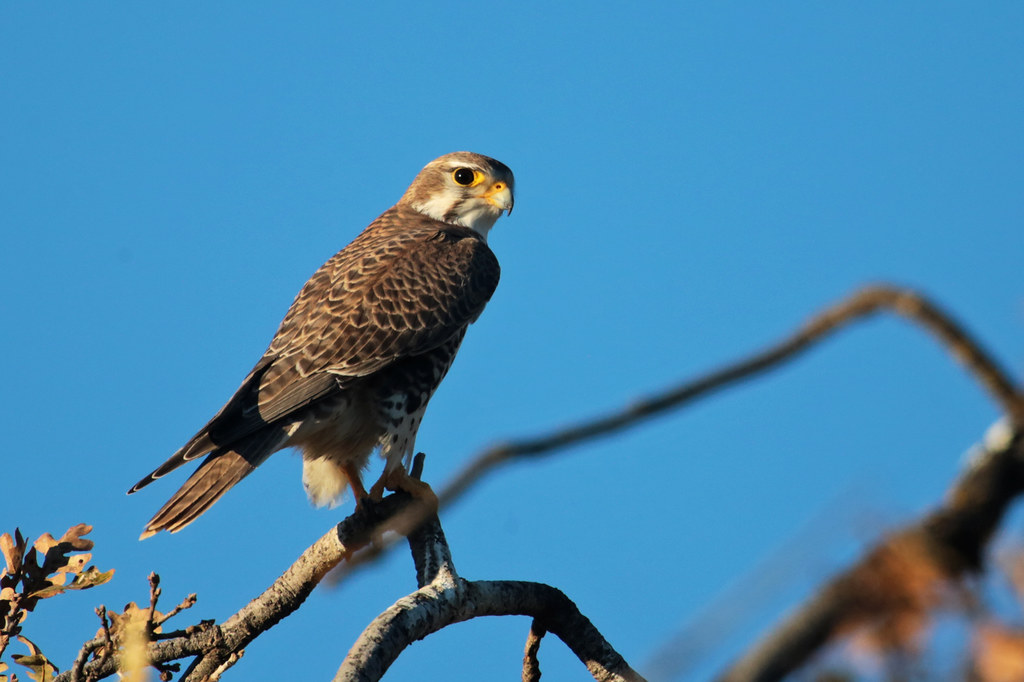 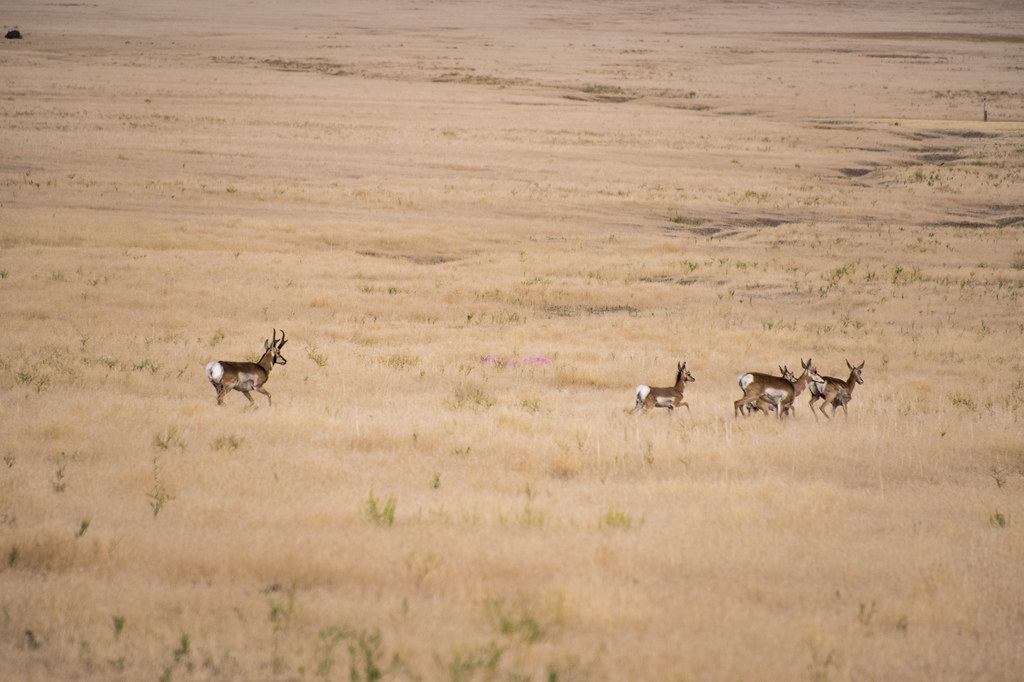 Maybe, in another 16 million years, the thunder of pronghorn will be back, and burrowing owl will wing soundlessly through the night again, and ant will orbit her nest, and maybe pygmy rabbit will dance between the sage, and grouse will strut their leks, and human beings will laugh around campfires once again.

And maybe not. Maybe this mountain will only live once. Maybe this is our only chance, not just for this mountain, but for all the mountains all over the world. Maybe the moment before the silence is shattered by explosives is the last moment, and the sounds of stone and wind and water, of pronghorn and lizard and burrowing owl, of ant and coyote and human laughter, the sound of prairie falcon crying out her victory over the mountainside — maybe they will never come again.

I SLEEP OUT IN the open. It’s a clear night. The moon rises, drowning out the tumultuous stars. I stay up to make a small offering to a sagebrush grandmother, a great bush taller and far older than me. I bury an acorn from a white oak tree back in Oregon in the loose soil under her limbs, then lay down and fall asleep to the smell of her.

Another vision comes. I dream of a woman leading three hundred people to stand and defend this land. My dream-heart soars. We cast off false prophets and divest from their machine gods, and make our stand. Born of the flesh of the Earth, we gather to defend her skin. Warriors, poets, scientists, parents, children; we converge on the mountainside. We make coffee in the morning, and stand, shoulder to shoulder, against the mine. Will you be one of us?

When I awake, I unzip my sleeping bag, stand up, and take two steps east before finding the first feather. It is the primary feather of a prairie falcon, desert cousin of the peregrine. Then a few steps to the west, another: red-tailed hawk. Then, to the south, Raven. And to the north, Phasianidae — a sage-grouse? My mind rebels. I can hardly believe the coincidence.

But of course, it was not a coincidence.

Have you ever experienced something that is inexplicable? And yet at the same time, something that feels fated? I spoke to the land, and the land spoke back. The message was clear. Find in yourself the speed of the falcon. The adaptability of the hawk. The intellect of the raven. The stately dance of the sage-grouse. Here, we must draw a line. Here, we return to the land, to the source, and we begin to work to pay back the debts that can never be repaid. Here we find our honor.

I do not know if this mountain can be saved. But I know that in capitulation there is the death of the soul, and in fighting we fight not only for pronghorn and prairie falcon, burrowing owl and our brother coyote, but for our own wild souls. And in fighting, we have a chance to win, to turn back the land destroyers, no matter how “green” they claim to be, and keep the wild land of Thacker Pass wild.

The choice of whether or not we will win is not up to me. It is up to you.

On January 15, following a brief and hotly-contested public comment period “fast tracked” by the Trump Administration, the Bureau of Land Management issued a “Record of Decision” permitting the Thacker Pass lithium mine to proceed. On the same day, the author helped launch a permanent protest camp in Thacker Pass to stop Lithium Americas Corporation. With the change of administration, The Department of the Interior has issued a stay on many public lands projects. It is unclear whether this included Thacker Pass. The Biden administration has committed to transitioning the entire federal government to using electric cars, and has indicated in other ways it will prioritize the type of “green” development that relies on projects like that Thacker Pass lithium mine.

For more information on this mine, and how to support or join the protest, go to protectthackerpass.org.

Max Wilbert is the co-author of Bright Green Lies: How The Environmental Movement Lost Its Way and What We Can Do About It (Monkfish, 2021) and the founder of Protect Thacker Pass.