The City Is a Garden

In Bogotá, a network of urban agroecology projects is preparing the metropolis for an ecologically resilient future.
Ocean Malandra

Before the Spanish conquered Colombia, the high-Andean plain home to present-day Bogotá was the homeland of the Muisca civilization. Like many complex Indigenous societies, the Muisca created a well-tended landscape that ensured food abundance. Wetlands, agricultural fields, and game reserves — all nourished by aqueducts that showcased advanced hydraulic engineering — spanned the plateau. 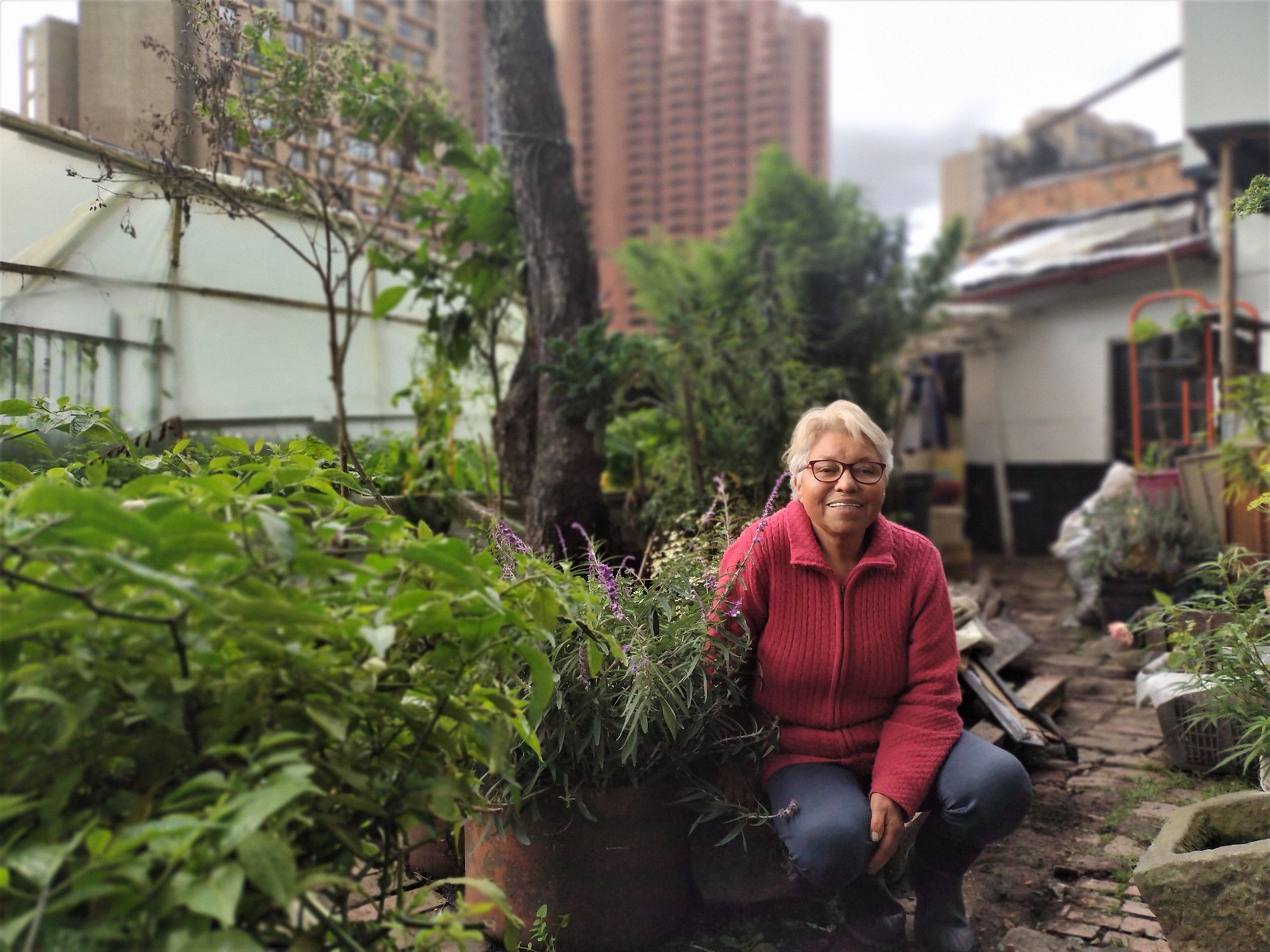 Local gardeners like Dona Elena Villamil are creating a network of agroecological routes across Bogotá. Villamil’s huerta (garden) in the La Preservancia neighborhood is one of six gardens on the center-city route. Photo by Ocean Malandra.

The European invaders put an end to this way of life, even uprooting the walnut tree forests that the Muisca held sacred and depended on for sustenance. But five centuries later, a new city project aims to restore Bogotá‘s food growing traditions, enhancing food security, building climate resilience, and strengthening local communities in the process.

“We are fortifying urban huertas (food gardens) both within public spaces and on privately and community owned spaces, and then tying them together with routes that will operate as trade corridors as well as tourist paths for exploring urban agriculture in Bogotá,” says Martha Liliana Perdomo, director of Bogotá‘s world-class Botanical Garden, which is spearheading the Bogotá es Mi Huerta (Bogotá is My Garden) project. The initiative connects, strengthens, and expands these oases of local food production into a web of urban agroecology meant to transform the city into a sustainable metropolis ready to thrive in an uncertain future.

“This project really was born during the pandemic, when we realized that the urban food gardens of Bogotá held a huge potential,” Perdomo says. “Not only as food producing projects to stave off hunger and malnutrition, but also as spaces where families and residents could hold power within their own communities and have some sort of sovereignty that is not completely dependent on the outside world.”

Dona Elena Villamil’s lush huerta is one of the six gardens on the center-city ruta agroecologica (agroecological route). There are over 8,000 urban food gardens in Bogota, according to Perdomo; those selected to be part of a ruta fit special criteria. Dona Elena’s central location, exemplary organic and permaculture cultivation practices, and importance to the local community make it one of the most accessible examples of what is possible with urban agroecology in Bogotá.

“This huerta was built by a communal process. People came to me to learn,” Villamil says while standing between rows of maiz, yuca, and kale, the skyscrapers of Bogotá‘s modern Centro International towering behind her.

“As a child I never had contact with nature,” says Villamil, who is in her late 60s and grew up in La Perseverancia, the gritty historic downtown barrio she still calls home. A chef by trade, she says she started growing plants because she wanted to know where her ingredients came from. Pot by pot, plant by plant, her garden slowly grew into one of the most well known in the entire city. “Now I consider myself a campesino, albeit an urban campesino,” she says.

Located on the patio of her modest colonial-style home, Villamil’s huerta does not use the local soil at all, which she says is contaminated. Plants are grown in pots and beds instead. Some hang from scaffolding and others burst out of vertical wall planters. Though her garden is smaller than many backyards, Villamil says that at one point the huerta was providing fresh produce for 40 families in the neighborhood. Later, she opened up a small cafe specializing in plates based on products grown on the premises. 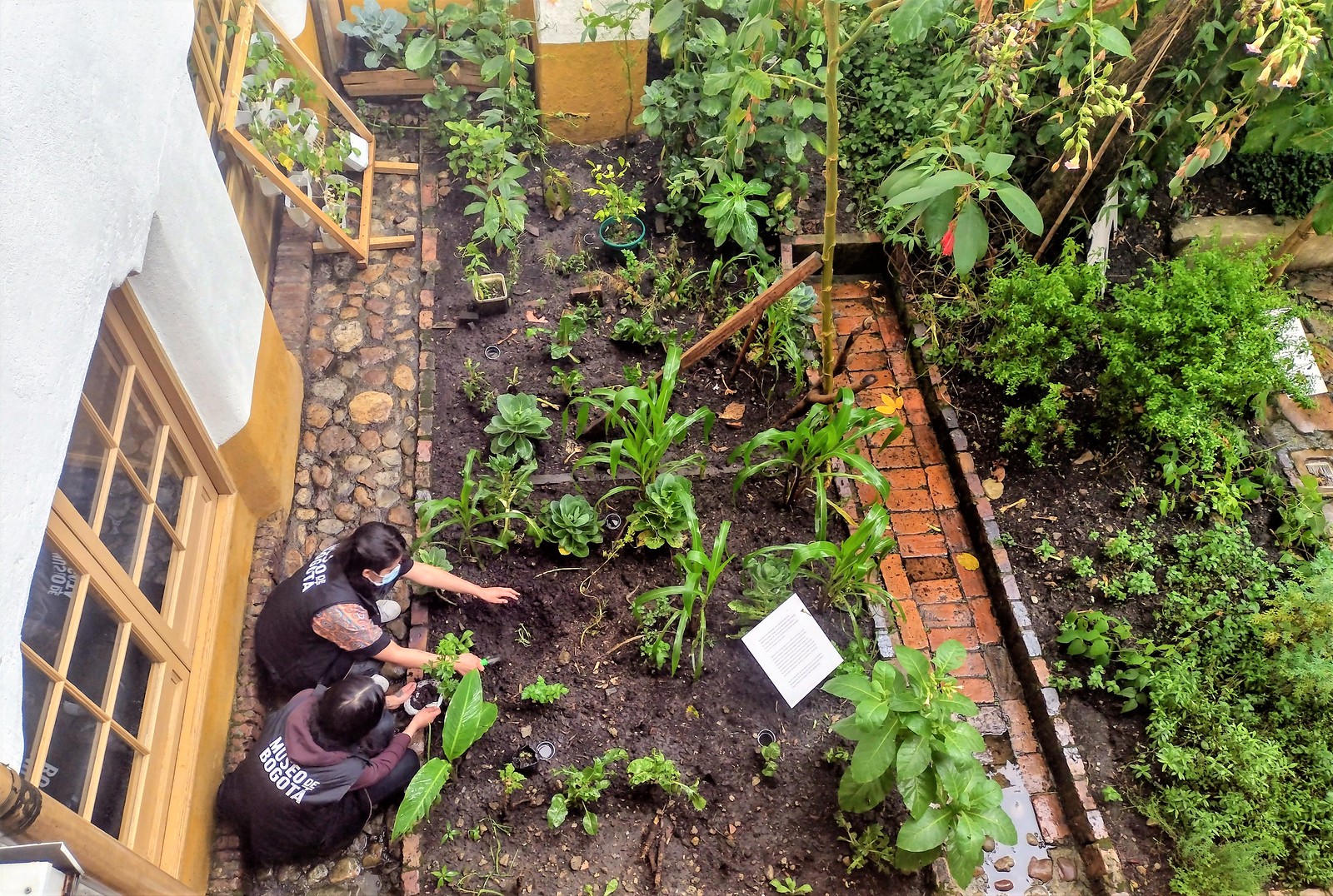 The huertas along the city-center ruta agroecologica are mostly located within public institutions like the Museum of Bogotá (pictured). Photo by Ocean Malandra. 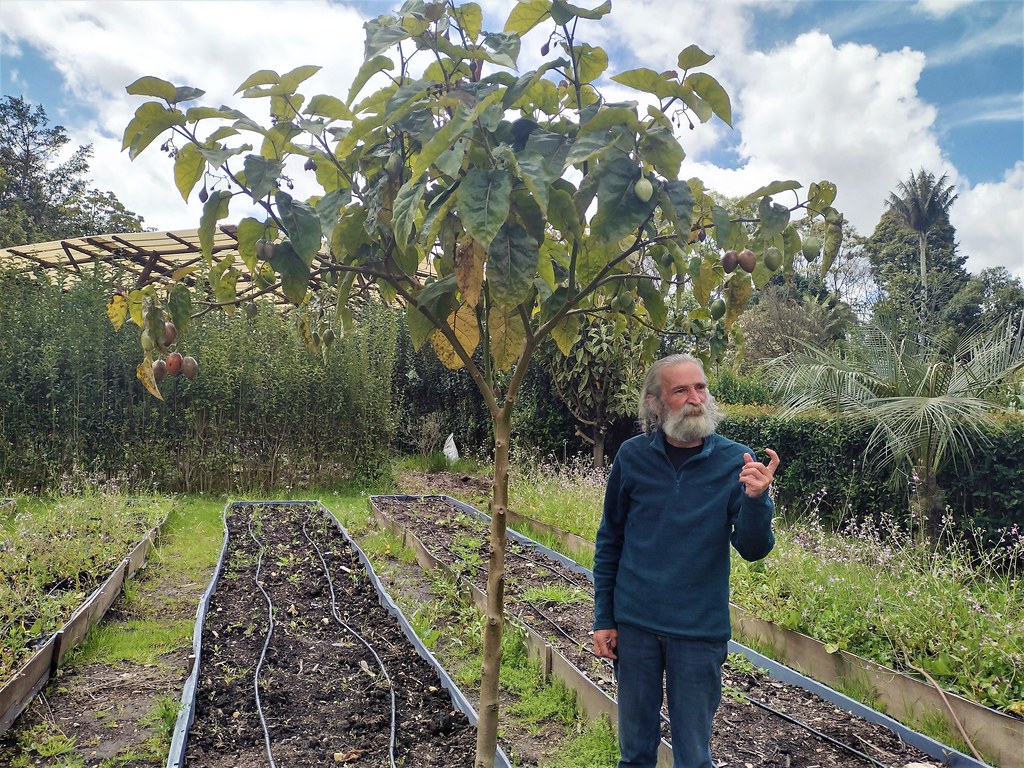 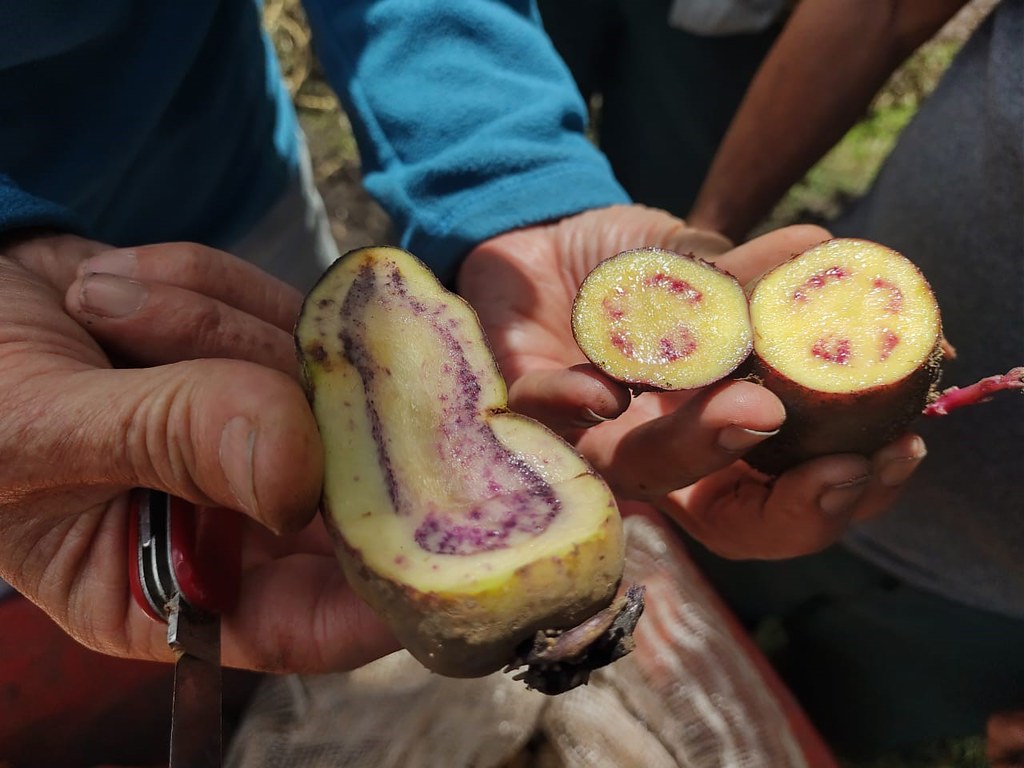 Aguirre has been growing dozens of native varieties of potato for 20 years. Photo courtesy of Jaime Aguirre.

“Everyone of us is from the earth. Therefore we all need to be in touch with the earth, interact with the plants that give us food and life. This awakens something within us,” she says when asked why urban agriculture is so important right now.

The other huertas along the city-center ruta agroecologica are mostly located within public institutions like the Museum of Bogotá, the Colonial Museum, and the Quinta de Bolivar (the former home of Simon Bolivar). One is on the grounds of the Botanico Hostel, popular digs for backpackers. Residents can access these designated gardens as classrooms for learning about gardening, and as nurseries to procure native food plants and trees for their own gardens. Visitors, both domestic and international, visit these huertas on tours, doing the ruta on foot or by bicycle, learning about urban agriculture as they go.

But the six different rutas agroecologicas, each containing five or six specific huertas in different neighborhoods of the city, are just one facet of Bogotá es Mi Huerta. Botanical Garden director Perdomo says they are also transforming Los Martires, a run down area of central Bogotá, into a “Garden District.” Houses and properties formerly used as drug dens and seized by the government are being turned over to the program and repurposed as community food gardens and education spaces.

“This is a very urbanized area full of problems with security, drugs, and prostitution,” says Perdomo. “We have families that are victims of the [rural Colombian] violence in this neighborhood as well. So we are creating public spaces in one of the toughest parts of the city, open to the entire community, where they can recuperate and take control over basic aspects of their lives like food production and family gathering.”

Recognizing the potential of urban farming to support financial independence, another major component of Bogotá es Mi Huerta is the creation of markets where individual cultivators and communities can sell their products directly to the public.

“These urban food markets are part of our strategy to re-activate a post-pandemic economy that provides green jobs and creates a more sustainable city on many different levels,” Perdoma says.

The first of these markets already takes place on the first Saturday of every month at the Botanical Garden itself. Perdomo says that the city is designating tents and other infrastructure to support the expansion of the markets. Bogotá es Mi Huerta has also launched a virtual platform that connects the urban cultivators so they can “co-create city-wide,” according to Perdomo.

That means cultivators like Jaime Aguirre, who has been growing dozens of native varieties of potato on the outskirts of the city for 20 years, can now tap into an online web of markets, buyers, and other cultivators all across Bogotá. His potato based products, everything from purple potato snack chips to potato infused craft beer, are already sold at the Botanical Garden’s onsite cafe.

For Aguirre, who is both a peri-urban farmer and locally renown food activist, the network of huertas will also allow for the creation of seed banks where native varieties of food producing plants will be disseminated across the city, giving these gardens a resilience to threats that loom on the horizon, like industrial agriculture corporations looking to monopolize global food systems and ecological crises spiraling out of control.

“We believe that the seeds are for the whole planet, so we are reviving the purple carrot, the white carrot, all the carrots, all the native radishes, the potatoes, and making a seed bank,” he says, adding that food sovereignty is the most direct way to decolonize the Andean region.

“These native species make us ready for climate change and protect us from hunger in a way that Monsanto will never be able to do,” he says.

Ultimately, Bogotá es Mi Huerta expects to make a major difference not just in terms of food security in this metropolis, the third largest in the South America, but in the way communities are organized around ecological, just, and inclusive principles that have been silenced since the Muisca civilization was conquered some 500 years ago.