The first time I ever tasted real vanilla was in a scoop of French vanilla ice cream back in 2000 when I was visiting the United States. The ice cream’s smooth, rich flavor was far superior to the artificial, overly-sweet, “vanilla essence” usually used in ice creams and baked desserts in my home country. I’ve been an ardent fan of real vanilla bean products (extract, paste, and the bean itself) ever since. So last month, when a colleague mentioned that a lab-created, synthetic vanilla product might be hitting the US markets as early as this summer and that it would most likely be passed off as “natural,” I simply had to find out more. Here’s what I learned.

Photo Wikimedia commonsA Swiss biotech company called Evolva has developed a way to make
vanillin — the chemical compound from which the vanilla bean derives much
of its flavor — in a lab using a genetically rejiggered strain of baker’s yeast.

A Swiss biotech company called Evolva has developed a way to make vanillin — the chemical compound from which the vanilla bean derives much of its flavor — in a lab using a genetically rejiggered strain of baker’s yeast. The technology used to create the yeast is a more advanced form of genetic engineering called synthetic biology, or synbio, which sometimes involves splicing computer-generated DNA into living cells to construct new forms of life (mostly yeasts or algae) from scratch. In Evolva’s case, the vanillin is made by taking an ordinary baker’s yeast and inserting additional plant genes into its genome. The yeast is then cultured in vats, much like way beer is brewed, to produce the vanillin.

Synthetic biology, which as been around since the 1990s, was originally aimed at producing biofuels that would offer a viable replacement for fossil fuels and chemicals, but despite billions of dollars of investment, the industry is yet to produce a cost-effective fuel or chemical product that can compete with what’s already available. “Now, with investors breathing down their necks, they have begun to venture into flavorings, scents, and cosmetics in order to make profits and they are hoping on a wing and a prayer that the consumers won’t notice,” says Jim Thomas of the emerging technologies watchdog organization, ETC Group.

Evolva’s vanillin, which is yet to be given a commercial name, will be marketed by the New York-based multinational, International Flavors and Fragrances. From the Evolva website:

“Evolva has constructed a yeast-based fermentation route to both vanillin and other vanilla flavour components. This allows a natural vanilla product with a superior taste, greater naturalness competitive pricing and supply chain properties for use in a wide variety of food and other products.”(emphasis added)

Chances are that at some point over the next few months your favorite ice cream or yogurt might be flavored with Evolva’s vanillin. The catch is, you will have no way of knowing if it is or isn’t. As with other genetically engineered food products, there are no regulations in place in the United States (or Europe, for that matter) requiring that biosynthetic food ingredients like these be clearly labeled.

Now, imitation vanilla flavor and fragrance made from synthetic vanillin is common in the marketplace, mainly because natural vanilla, which is sourced from the cured seedpods of the vanilla orchid that’s found in tropical rainforests, is both scarce and expensive. (Compared to natural vanilla, which sells for thousands of dollars per kilogram, synthetic vanillin sells for only tens of dollars.) In fact, nearly 99 percent of the vanilla flavors and fragrances available today are artificial. Imitation vanilla has been around since the 1870s, when German chemists figured out a way reproduce a likeness from coniferin, a glucoside that makes some pines smell a bit like vanilla. These days the two most common sources for synthetic vanillin are lignin vanillin, a byproduct of the paper industry that has been chemically treated — and ethyl vanillin, a coal-tar derivative that has a harsher flavor than the lignin variety.

Evolva’s vanillin, which is produced in industrial fermentation tanks, has a more complex flavor and smell than the other varieties and is supposedly a closer likeness of the real deal. It will “give people a better, more sustainable alternative” to vanilla flavorings made with petrochemicals or chemically treated paper pulp, CEO Neil Goldsmith told me over the phone from Switzerland. He said the company’s product was targeted at the large synthetic vanillin market, which consumes some 16,000 tons of vanillin annually, and that it wouldn’t impact sales of the roughly 60 tons of natural vanilla extract and essences that support the livelihood of some 200,000 people in developing countries involved in the labor-intensive process of growing and curing vanilla beans. (Evolva estimates that its vanilla substitute could capture $360 million of the $650 million global vanilla market, which includes both natural and artificial vanilla.)

But then why try and pass off a biosynthetic product as “natural”? Could he really call this vanillin a “natural product” as the company website touts it to be? I asked. Goldsmith avoided giving a clear answer. “We would say it’s a brew created by brewing. Some people would say it’s natural, and legally you can describe it as natural, but as I’m sure you are aware, most people would say that it’s a very loose term,” he said.

Indeed, it is the loose use of the term “natural” that’s, in part, got food and farming activists crying foul about Evolva’s vanillin.

“There’s nothing natural about it. It’s created in a lab using an extreme form of genetic engineering,” says Dana Perls, food and technology campaigner with Friends of the Earth, which part of a coalition of consumer and environmental groups calling for labeling synthetic biology ingredients in food and consumer products. (Goldsmith’s right about the legal part, though. Since these products are technically made from living organisms, albeit lab-created ones, in the US can legally be said to be produced or derived from natural sources.) 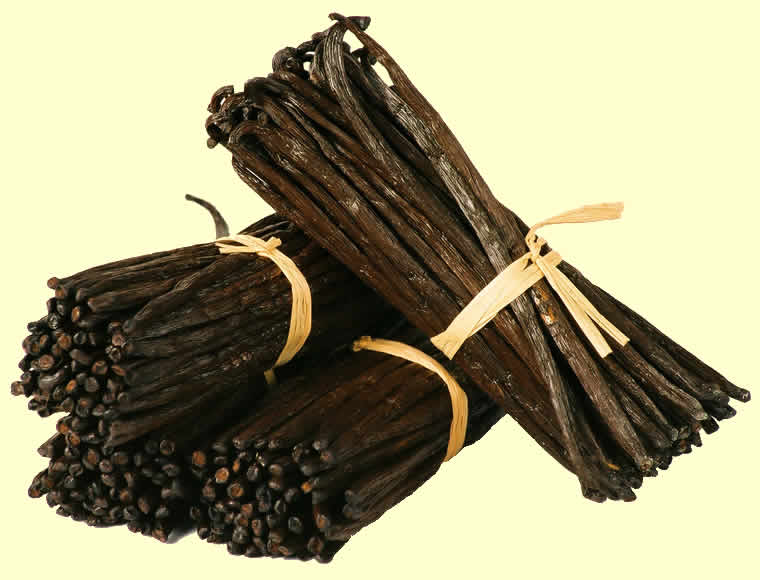 “You have a situation where the technology and its use is running far ahead of the regulations and oversight and the consideration of its impact. It’s being rushed out the market,” says Jim Thomas of ETC Group. In the US, the Food and Drug Administration has been approving these products for use the same way as it approves other GE products — as “Generally Regarded As Safe — an approval process with minimal testing requirements which relies on companies like Evolva to self-evaluate. On the international front, following growing concern about the technology, the United Nations Convention on Biological Diversity — has been looking at the science for years — has decided to discuss possible regulatory measures next month.

Technology aside, with Evolva’s vanillin, the more pressing concern right now is the impact the product will have on vanilla farmers and on biodiversity, Thomas says.

Vanilla beans are typically grown by small family farmers in developing tropical countries like Madagascar, Comoros, Réunion and Mexico (where the orchid is said to have originated from). If Evolva’s product can be marketed as “natural” and sold for a fraction of the cost of the real vanilla, it will inevitably cannibalize some of existing pure vanilla market and as a result, banish hundreds of thousands of small-scale farmers will no longer have a market, he says.

“We’ve seen in the past that when the price of vanilla goes up, which is what’s happening right now because of shortages, companies switch over to a product that can be labeled ‘natural,’” he says. “These tricks are quite well-developed.” Thomas sites companies using deceptive tactics like putting a vanilla flower on the label, or adding worthless ground bean powder, known as exhausted vanilla, and labeling it “natural vanilla flavor.” Every time this happens there are some companies that don’t make the switch back to the real thing even when the prices go down. With a closer-to-the real thing product like Evolva’s vanillin, there’s every likelihood that more and more of the original vanilla market will be lost, he says.

Evolva’s Goldsmith begs to differ. He says his company’s product will help reduce natural resource extraction and fossil fuel use. “The point is, the world gets through 19,000 tons (sic) of vanillin a year… If you were to try and say, well in an ideal world all of that would be supplied by growing the orchid and you can look at the land [required for] growing the orchid, then you are looking at planting a very large amount of land… and presumably that would put pressure on the rest of the rainforest… You can’t look at everything in one big brush you have to look at each product’s merits. From our point of view our product is benefit for the public.”

But environmentalists say the vanilla agroforestry system actually helps preserve rainforests in countries where they grown, since the vanilla orchid needs the rainforest shade and support to thrive. They are concerned that without the natural vanilla market adding economic value to the rainforest in these regions, chances are the forests will give way to palm oil, soy and sugarcane plantations. (Incidentally, the synbio algae and yeast both currently depend on biofuel feedstock — sugarcane and corn, commodity crops that have been known to drive deforestation in some parts of the world, especially South America. Evolva, however, sources its feedstock from corn grown in Europe and North America.)

“The fact that vanilla survived at all is a miracle. Increasingly farmers are pulling up their crops and not planting vanilla again,” says Patricia Rain, a culinary historian and owner of The Vanilla Company, that focuses on selling pure vanilla and the promotes the cause of vanilla farmers. “This new product is going to make it extremely difficult for [vanilla] farmers to survive and the cultural ramifications of that are big.”

“It’s a very complicated situation,” Rain says, “but the thing is, I really believe in real food. What a concept, right?”

This article has been amended to clarify Evolva’s vanillin-production process, and specify that the basic science of synthetic biology has been around since the 1990s and has been discussed by the UN Convention on Biological Diversity years.