Tea processing factories in Kenya are implementing a conservation program that will see them scale up the area of land under forest cover while at the same time sustainably using exotic trees, especially eucalyptus, to generate power for their operations. 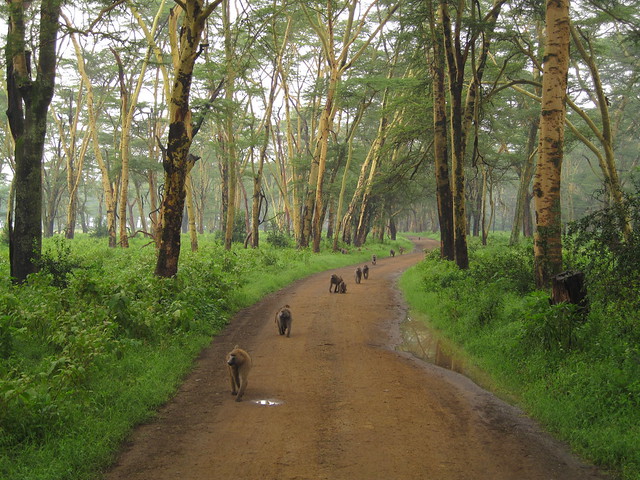 Photo by hobokenvie Kenya’s tea industry has pledged to plant at least 10 million indigenous and exotic trees every year.

The Kenya Tea Development Agency (KTDA), which manages the 65 tea processing factories in Kenya, says it has partnered with communities in tea growing areas, including 560,000 small-scale tea growers, to expand the area covered by indigenous and exotic trees. The exotic trees are increasingly used to generate heat for steam boilers, as the factories seek to reduce their reliance on expensive and unreliable grid-connected electricity and switch from petroleum-based fuels.

Going forward, KTDA, in partnership with the factories and tea farmers, will plant at least 10 million indigenous and exotic trees each year both to conserve the environment and ensure adequate wood fuel supply to power tea processing factories. “The key pillar of KTDA is environmental sustainability, which we want to pursue by ensuring at least 560,000 small-scale tea growers conserve the environment,” said the agency’s CEO Lerionka Tiampati.

KTDA has acquired 13,800 acres of land from the state and individuals for the planting of trees to meet the factories’ wood fuel needs, with Tiampati saying there is potential to increase the acreage to 40,300 acres. Under the program, the tea factories will develop tree nurseries and supply tea farmers with seedlings for planting in their farms to complement those grown on the KTDA acquired land. An estimated 157,720 hectares are under tea cultivation in Kenya.

“The wood fuel program is going hand-in-hand with our environmental conservation program,” says Tiampati. “The factories propagate both exotic and indigenous tree seedlings and issue them to the farmers to plant in their farms.”

Between 2009 and 2014, the agency supplied communities in tea growing areas with an estimated 20.4 million seedlings for planting, which is equivalent to 4.7 million cubic meters of expected firewood. “The factories are acquiring their own land to plant trees, both to meet their wood fuel needs as well as for conservation,” he says.

The factories, which use the crush, tear, and curl processing method, will utilize exotic trees for wood fuel. KTDA says indigenous trees “will not be harvested, but will instead be our contribution in helping to restore the country’s biodiversity and help mitigate the effects of frost and drought.”

It is estimated that between 2008 and 2013, KTDA factories used 3.9 million cubic meters of firewood sourced from exotic forests to generate thermal energy. “Almost 99 percent of thermal energy used in the 65 tea processing factories comes from firewood and other biomass sources, while the remaining is supplied from fuel oil,” says Tiampati.

Energy accounts for about 30 percent of the tea processing factories’ operational costs, with electricity accounting for 17 percent. At least 70 percent of the tea factories rely on wood-fired steam boilers to generate heat. KTDA says the reliance on wood fuel has helped the factories to save up to 60 percent of energy use when compared to the use of furnace oil.

The Tea Research Foundation of Kenya (TRFK), which promotes research and investigates problems associated with productivity, quality, and suitability of land in relation to the crop’s planting, says tea farmers should “be encouraged to plant appropriate trees such as eucalyptus and other fast -growing species in the more marginal areas which they will consequently harvest and supply to the tea factories.”

“This will be an opportunity for farmers to earn extra income. There is also need to focus on alternative energy sources for tea processing such as biofuels, solar, and wind energy,” the government-owned research organization adds.

However, TRFK says although the traditional reliance on grid-connected electricity and petroleum-based fuels to supply energy for tea processing factories is expensive, the switch to wood as a source of energy for the factories should be done with care.

“The increasing amounts of wood required by factories, in addition to domestic wood requirements, will lead to more trees being harvested for fuel, leading to reduced forest cover,” warns TRFK. “This is a threat to the sustainability of wood as a source of energy and also poses a challenge to environmental conservation as it has resulted in increased soil erosion and associated soil erosion risks with consequent reduced water quality.”

Despite plans by KTDA to increase indigenous tree forest cover, the Kenya Forest Service says previous attempts at conservation by the state did not succeed because forests were converted “into farmlands, urban centers, and settlements, reducing their ability to supply forest products and serve as water catchments, biodiversity conservation reservoirs, wildlife habitats, and carbon sinks.” Whether indigenous trees planted by the tea industry remain standing therefore depends on the goodwill of tea companies themselves because no law prevents owners of private land from harvesting the trees for any other use.

Wood fuel supplies up to 70 percent of Kenya’s energy needs. The Ministry of Energy and Petroleum says Kenya’s biomass deficit could hit 33.9 million tons by 2020, mainly because of the increasing share of the population that relies on charcoal and firewood. However, in some regions, closed canopy forests have been depleted, leading to inadequate supply of wood fuel and timber, despite plans by the government of Kenya to increase forest cover by 10 percent by 2030.