Artists, authors, and scientists write letters to future generations predicting the outcome of the Paris climate talks
Letters to the Future

World leaders from more than 190 countries will convene in Paris during the first two weeks of December for the long-awaited United Nations Climate Change Conference. Will the governments of the world finally pass a binding global treaty aimed at reducing the most dangerous impacts of global warming… or will they fail in this task?

Letters to the Future, a national project involving more than 40 alternative weeklies across the United States, set out to find authors, artists, scientists and others willing to get creative and draft letters to future generations of their own families, predicting the success or failure of the Paris talks — and what came after.

Some participants were optimistic about what is to come — some not so much. Here are some of their visions of the future.

Dear Descendants, The first thing to say is, sorry. We were the last generation to know the world before full-on climate change made it a treacherous place. That we didn’t get sooner to work slowing it down is our great shame, and you live with the unavoidable consequences. 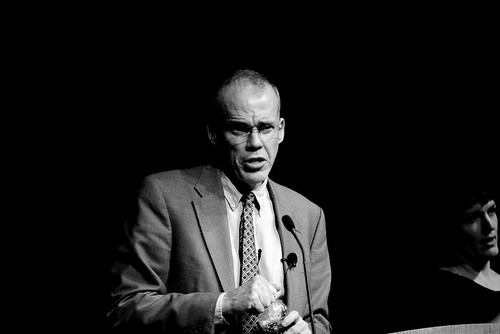 Photo by Chris Riedinger “The real changes flowed in the months and years past Paris,” writes Bill
McKibben.

That said, I hope that we made at least some difference. There were many milestones in the fight — Rio, Kyoto, the debacle at Copenhagen. By the time the great Paris climate conference of 2015 rolled around, many of us were inclined to cynicism.

And our cynicism was well-taken. The delegates to that convention, representing governments that were still unwilling to take more than baby steps, didn’t really grasp the nettle. They looked for easy, around-the-edges fixes, ones that wouldn’t unduly alarm their patrons in the fossil fuel industry.

But so many others seized the moment that Paris offered to do the truly important thing: Organize. There were meetings and marches, disruptions and disobedience. And we came out of it more committed than ever to taking on the real power that be.

The real changes flowed in the months and years past Paris, when people made sure that their institutions pulled money from oil and coal stocks, and when they literally sat down in the way of the coal trains and the oil pipelines. People did the work governments wouldn’t — and as they weakened the fossil fuel industry, political leaders grew ever so slowly bolder.

We learned a lot that year about where power lay: less in the words of weak treaties than in the zeitgeist we could create with our passion, our spirit, and our creativity. Would that we had done it sooner!

An author, educator and environmentalist, McKibben is co-founder of 350.org, a planet-wide grassroots climate change movement. He has written more than a dozen books.

Dear Descendants, Already I know some of you, with your quick liquid eyes, your supple movements, the way you look and listen in your world. I’ll write to you, and to your descendants, the ones I will never know, you whose lovely quick shapes and minds will illuminate their own world. 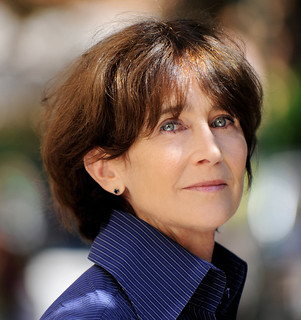 Photo courtesy of Letters to the Future “Let me tell you about the miraculous Monarch butterfly,” writes Roxana
Robinson.

Let me tell you what this world is like, the world I grew up in, about its beauty and variety.

Let me tell you about the miraculous Monarch butterfly, a shimmering flicker of amber that alights in our meadows, and feeds on our ragged milkweed plants. It lays eggs on the leaves, eggs that become fat striped caterpillars, which become tiny glowing gold-rimmed jade urns. These, magically, contain the butterflies, which turn dark and vivid as the moment of their emergence approaches. The butterflies themselves, flimsy, erratic, fly thousands of miles to a place they’ve never seen, to spend the winter. This quick amber miracle has been mine to admire every summer of my life.

And let me tell you about the polar bear, the largest land mammal, a bear of unimaginable size, with a pelt of pewter-white, a color to freeze your blood, and well it might, because they live at unimaginable temperatures, cold so deep it will freeze your breath inside your chest, freeze the salt sea, freeze the wind in the sky, but not the polar bear. Vast and unstoppable, the polar bear will swim through the frozen seas, pad over wrecked floes, slide in and out of water, fog, ice and snow. He is an apex predator, 12 feet high and weighing 2,000 pounds. He has 42 curved ivory teeth, and his paws are 12 inches across, armed with curved, lethal claws. Beautiful, wild, invincible, he has no animal enemies. It took 100,000 years for the polar bear to evolve from their nearest cousins, the brown grizzly, and now polar bears rule the arctic, with their lazy gait, their deadly black stare, their great majestic presence.

Let me tell you about the little brown bat, a small nocturnal flier that kindly eats our insects, flickering wildly through our evenings in pursuit of our mosquitoes. Bats flooded out of those louvers in our old barn — you’ve seen the pictures of it—every evening, all summer, hundreds of them, speeding out into the quiet dusk. We watched them, standing on the lawn: it was like a natural fireworks show, the silent, darting glimpses of wings flashing against the darkening sky.

Let me tell you about the frogs, leopard-spotted, with dark spherical marks ringed with gold, green frogs with round black eyes, that sat motionless beneath a leaf, waiting for an insect. Or the gray tree frog, the tiny one that climbs into the tall eupatorium plants in the garden, disguising its tiny mottled body among the leaves.

There are more I could tell you about, thousands of animals and birds and insects whom we are lucky to have now in our lives. But I think you won’t know them, dear descendants. I think that by the time you read this many of them will be gone. There is always a reason to kill a creature, it turns out, and it always makes money for someone to do so. That’s how it is in our world.

A novelist and essayist who writes often about the natural world, Robinson is current president of the Authors Guild.