Government agencies are coming together to protect the small amphibian, which is only found in Shenandoah National Park
Mark Hendricks

Deep within the ancient Appalachian mountains of Shenandoah National Park lies a creature that can only be found on three of its highest peaks, the fittingly named Shenandoah salamander (Plethodon shenandoah). This rare black and orange salamander, which is a remnant of the Pleistocene, has managed to survive in a unique ecological niche even as amphibians across globe are in decline. But with new threats emerging, scientists are coming together to help save this remarkable creature. 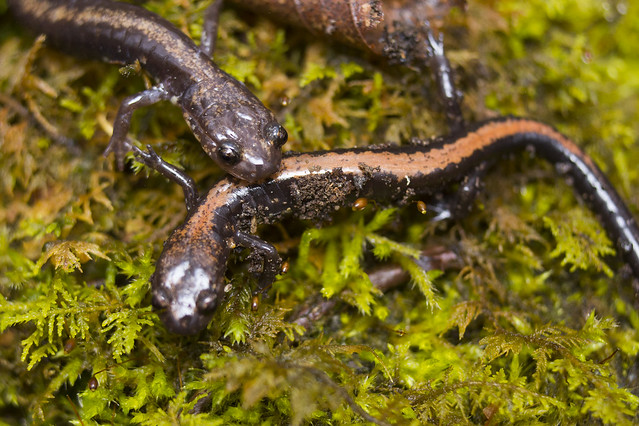 Photo Mark Hendricks The Shenandoah salamander is only found within the highest elevation parts of Shenandoah National Park.

“It is a really old species,” says Dr. Evan Grant, principal investigator of the Unites States Geological Survey’s (USGS) Amphibian Research and Monitoring Initiative. So old that in fact its divergence from a common ancestor with its closest relative, the eastern red backed salamander, is thought to have occurred over five million years ago. “It’s amazing that it has persisted for so long,” adds Grant. 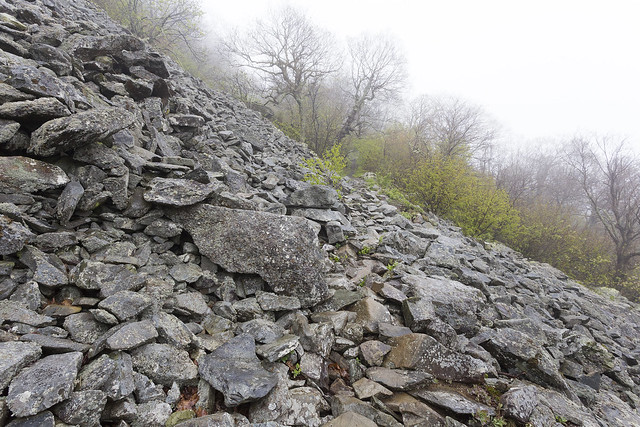 Because of its limited habitat, presumed competition with eastern red-backed salamanders, and concerns about habitat loss, the Shenandoah salamander was listed as endangered in 1987 by the Commonwealth of Virginia and was federally listed in 1989. In 1994 the US Fish and Wildlife Service (FWS) published the recovery plan for the species. At that time, competition with the eastern red-backed salamander was believed to be the most plausible threat of extinction, though later research reported conflicting outcomes in relation to this hypothesis. Today, it is climate change that poses the biggest threat to the salamander, an extinction threat not included in the original recovery plan.

“Obviously, this old [1994 Recovery Plan] has not included the wealth of scientific information developed since then,” says Jim Schaberl, chief of the natural and cultural resources division for Shenandoah National Park. But, he adds, “There are components that remain that are probably still valid,”

It’s true, much more is now known about the salamander than in the 90s. It wasn’t until 2008 and again in 2010 , for example, that USGS Amphibian Research and Monitoring Initiative (ARMI) researchers discovered the first nests made by the salamanders. Since then, the park and ARMI continue to learn more about the species’ population dynamics and behavior. 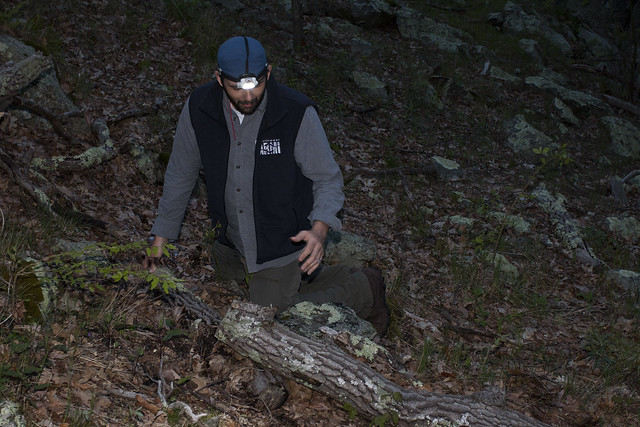 Photo Mark Hendricks A USGS researcher surveys Shenandoah salamanders along the outskirts of talus slope habitat in the national park.

And scientists continue to learn more. A recent study published by Dallalio, Brand, and Grant this year in the Journal of Herpetology examined the influence of temperature and humidity on competition between the Shenandoah and eastern red backed salamanders. Salamanders were housed in mesocosms designed to replicate the current cool and dry high elevation habitat of the Shenandoah salamander, as well as future climate scenarios, using temperature (cool and warm) and relative humidity (dry and wet) as variables. The salamanders were paired either with a member of the same species or with the other. The team discovered that under future, warmer climate scenarios, competition between the two species might not be exaggerated at all; in fact, climate change may alleviate some competitive pressure.

One of the most interesting findings was that Shenandoah salamanders fared worse under simulated future climate conditions when housed with other Shenandoah salamanders, while performance by eastern red back pairs housed together was similar in both present and future simulated climate conditions. Why this occurred, whether due to behavioral or physiological differences, is still unknown. The scientists hypothesized, however, that the eastern red back, with its large range, may be more adaptable to a wider range of climates while the Shenandoah is adapted to a narrow range of conditions where it occurs.

These types of insights are invaluable as amphibians experience dramatic declines worldwide. Recent research indicates that in the US, amphibians are on average experiencing a 3 to 4 percent population decline per year, which over the years quickly adds up. The causes of the decline vary by region. Currently, in some areas of the western United States, chytrid fungus (Batrachochytrium dendrobatidis) may be a major contributor; worldwide it has been linked to the decline of almost 300 amphibian species. In the Northeast and Midwest, habitat destruction appears to be a major contributor, while in the South, climate change appears to be most strongly related to declines. In other areas, environmental factors such as pesticides may be a major culprit. 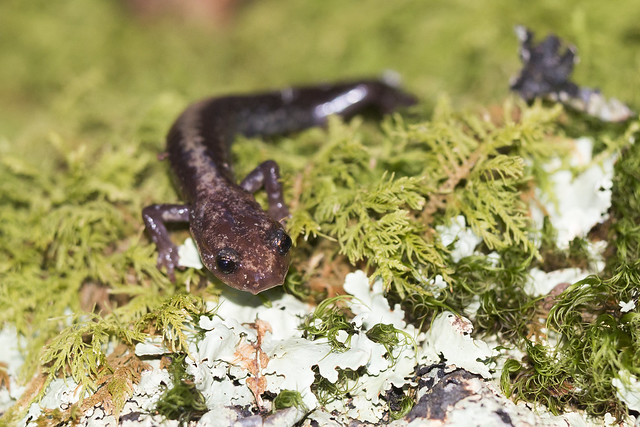 Given the Shenandoah salamander’s small range and heightened threats, government actors are coming together to help protect the species. Currently, the National Park Service is in discussion with the US Fish and Wildlife Service about updating the recovery plan for the amphibian. However, the USFWS, which leads all efforts to update endangered species recovery plans, is slated for budget cuts, which may or may not hinder recovery plan efforts.

In addition to the recovery plan update, Shenandoah National Park and the US Geological Survey are creating a long-term management plan for the species. And the National Park Service recently awarded Shenandoah National Park additional natural resources funding to compile data and create an adaptive management plan for the salamander beginning in fiscal year 2019. (Again, cuts proposed in the federal budget for fiscal year 2018 make uncertain what will happen by then.)

“The recent work on the Shenandoah salamander is a good example of how multiple government agencies can collaborate to solve challenges facing species on our public lands,” says Grant.

“National parks have a positive obligation to support biodiversity and endangered species protection,” Schaberl adds. “ This is even more critical for the Shenandoah salamander which is wholly contained in one park.”

Authors Note: Special thanks to Evan Grant and Adrianne Brand for their assistance with the manuscript.