A version of this article originally appeared in the Russian publication Ecology & Business.

In Russia’s far east Sakhalin Island, an experiment is underway this year to transition to a zero carbon economy as part of the island’s effort to achieve net zero emissions by 2025. This is an ambitious goal given that Sakhalin’s economy is heavily dependent on fossil fuels: Oil and gas and coal industries totaled 90 percent of the island’s total economic output in 2020, valued at over $10 billion, according to a Sakhalin regional government report.

The city of Yuzhno-Sakhalinsk on Sakhalin Island. The island’s economy is heavily dependent on oil and gas and coal. Photo by Tatters / Flickr.

Together with the Russian federal Ministry of Economic Development, the regional government seeks to introduce technologies aimed at reducing greenhouse gas emissions on the island, which is located in the Pacific, just north of Japan. This includes charging stations and parking lots for electric vehicles, a ban on all petrol and diesel cars by 2035, and tax breaks for green technologies.

According to the “roadmap” approved by Deputy Prime Minister Viktoria Abramchenko, carbon neutrality on Sakhalin should come as early as 2025. The roadmap also includes the introduction of a carbon-trading system on Sakhalin. This is especially important in light of the plans of a number of European countries to introduce cross-border carbon regulation, her office noted.

“We envision measures designed to ensure Russia’s transition to a path of sustainable low-carbon development and to prevent greenhouse gas emissions,” Abramchenko said. “Special attention will be devoted to stimulating ‘green’ sectors of the economy. Consequently, indicated economic growth rates through 2030 will need to be achieved, first of all, through the introduction of low and carbon-free production technologies in various industries. Special conditions will be created within the framework of the experiment.”

Experts from the federal ministry and Sakhalin regional government designed this experimental program. To establish a baseline, the program will first undertake a regional inventory of the island’s greenhouse gas emissions and uptake in August this year, and use that ratio as the foundation for future regulation. It is this ratio that will become the subject of regulation. It is hoped that the testing system will be online by April 2022, tracking a registry of participants, climate projects, and carbon units.

“The legislation must consider, among other issues, the selection and testing of optimal mechanisms for calculating emissions and uptake of greenhouse gases as well as establishing a system for carbon-trading and the use of green finance methodologies,” Russian Deputy Prime Minister Abramchenko said in a statement. 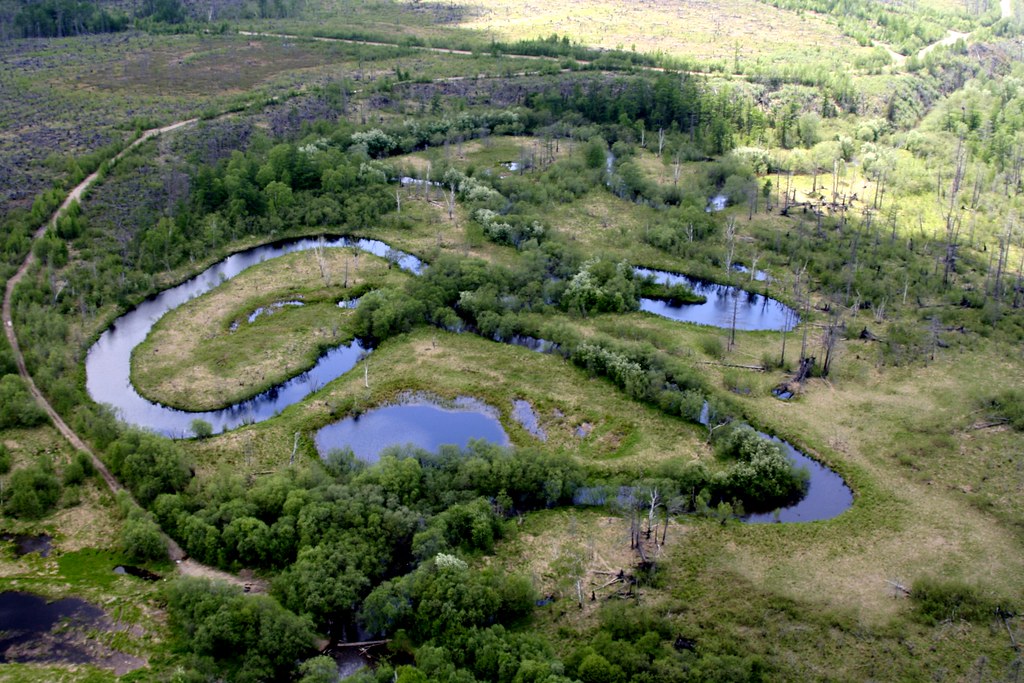 A healthy section of the Dzhimdan River meanders through forest. As part of its plan to achieve carbon neutrality, the regional government plans to initiate a forest carbon offsets program. Photo by Dave Heller/USAID. 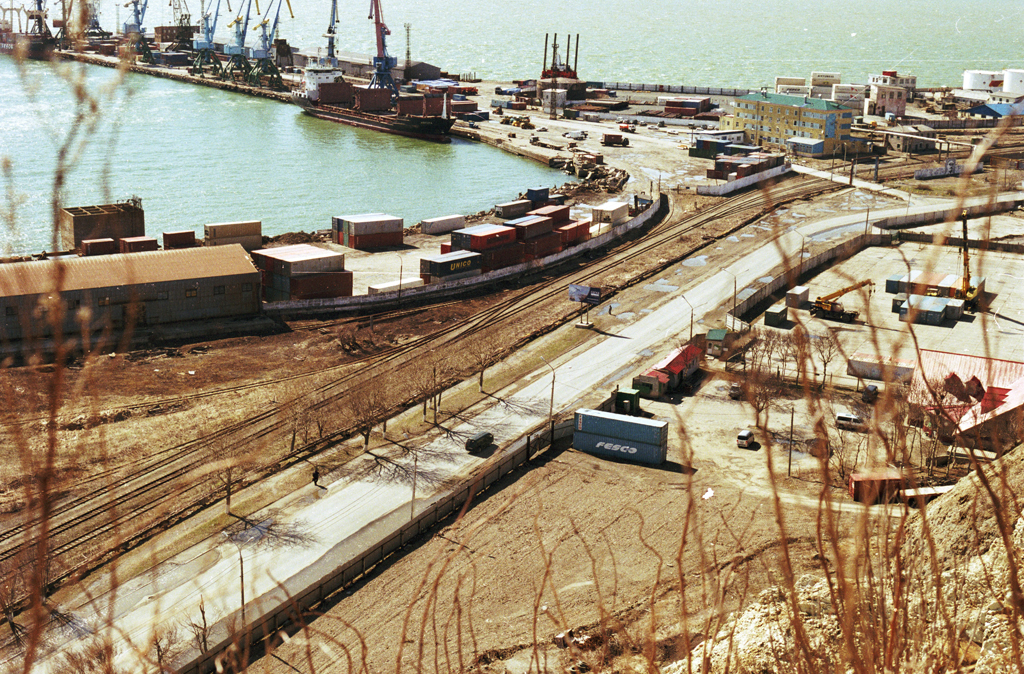 ​The port in Korsakov on the southern coast of the island. The government will introduce low and carbon-free technologies in various industries to help reduce emissions. Photo by Katya Tyapkina.

As part of this project, officials will also begin collecting satellite and drone data on the CO₂ absorption capacity of forests in the Far East. This will allow companies to lease sections of forest from the Russian government in order to invest and build a forest carbon offsets program.

The first carbon-trading will begin in July 2022, after creation of the necessary accompanying legislative and scientific framework is complete. The carbon-trading program’s most important outcome will be the creation of this regional system for trading greenhouse gas emissions and, with the assistance of the Russian foreign ministry, its integration with international carbon-trading trade systems.

(It should be noted though that carbon trading is rife with uncertain outcomes, vulnerable to gaming, and more often than not, ends up blocking alternative, more effective solutions to our climate problem. In some ways, the carbon trading project is in line with Russia’s current heavy focus on oil and gas extraction and other extractive industries and a very incremental approach to reducing emissions. Just earlier this month, the chairman of the State Duma Committee on Energy, Pavel Zavalny, argued that Russia must do what it can to keep up production while demand for fossil fuels remained stable. “Plainly speaking: all that can be extracted must be extracted and sold,” he told the newspaper Parlamentskaya Gazeta.)

Georgy Safonov, a climate policy researcher at Moscow’s Higher School of Economics, told Reuters that Sakhalin had high potential for bioenergy and renewables. He urged the authorities to craft more robust plans for clean energy including green hydrogen, as well as to expand electric transport and forest carbon sinks.

The Russian government hopes to learn from and reproduce Sakhalin’s experience across the country in the future as part of its Paris Climate Accord goals. The country is already experiencing the impacts of accelerating climate change, including exceptional heatwaves in Siberia and unprecedented Arctic wildfires, and melting permafrost, all of which portend severe implications for Russia’s infrastructure and economy.

“This experiment will allow us to test measures for carbon regulation on the basis of Sakhalin’s experience and evaluate their effectiveness for subsequent scaling at the national level,” said Maxim Reshetnikov, Russia’s minister of economic development. “We anticipate significant interest from investors in green industries as well as from companies ambitious to undertake climate actions. The experiment will allow us to test strict regulation and the necessary infrastructure with subsequent integration into foreign trade systems.”