For most of the three-and-a-half years since the accident at Japan’s Fukushima Daiichi Nuclear Power Plant forced over 150,000 people from their homes and overturned the broader population’s faith in the “myth of nuclear safety,” the country’s 48 nuclear reactors have stood idle. This is not a sign that Japan has taken a fundamental turn away from nuclear power, as Germany has. Rather, the past several years have been a kind of probation period, during which both government and industry have scrambled to apply the “lessons of Fukushima” well enough to restart at least some reactors with renewed assurances of safety. Now, that is on the verge of happening. 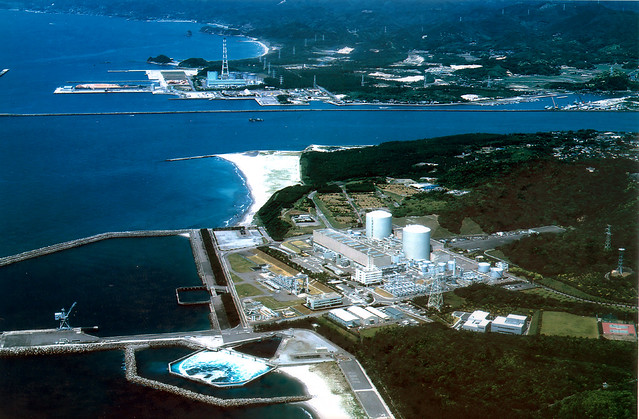 Photo courtesy IAEA ImagebankKyushu Electric, the operator of the Sendai nuclear power plan, claims it has made enough changes to meet new safety standards implemented after the Fukushima disaster.

Earlier this month, Japan’s Nuclear Regulatory Authority (NRA) gave a preliminary nod of approval to the restart of the Sendai Nuclear Power Plant in Kagoshima Prefecture, on Kyushu island about 600 miles southwest of Tokyo. The draft decision is in response to an application from Kyushu Electric, the plant operator, claiming it has made enough changes to meet new safety standards implemented after the Fukushima disaster. However, several steps remain before Sendai’s two reactors can be turned back on: a month-long public comment period, final approval from the NRA, and agreement from local politicians. All this looks likely to proceed smoothly – which means that by this fall, nuclear power could once again be part of the country’s long-term energy mix.

The critical question, of course, is whether Japan has truly grasped the lessons of Fukushima. Is the Sendai plant safe? If an accident does happen, will the local population be able to escape unharmed? Has the government made the institutional changes necessary to even answer those questions competently? Long-time anti-nuclear activist Aileen Mioko Smith argues the answer is “no” on all counts.

“The NRA is not following its own guidelines, and in other areas it hasn’t put into place proper regulations. The decision-making process to assure safety is very vague, and who takes final responsibility is completely vague,” says Smith, who directs the citizen’s organization Green Action Japan. Indeed, NRA chairman Shunichi Tanaka has repeatedly emphasized that his organization’s role is not to ensure safety, but merely to certify that plants are meeting government regulations.

More fundamentally, Smith points out, the government doesn’t yet fully understand what caused the Fukushima meltdowns. Initial assessments focused on the massive tsunami, but an independent investigation commissioned by the National Diet (similar to Congress in the United States) and released in 2012 suggested the earthquake (which triggered off the tsunami) might have played a role as well. “There hasn’t been any proper follow-up on that report. We don’t have the answer but we’re proceeding again,” Smith says.

Green Action is one of eight citizen’s organizations to add its name to a joint statement protesting the NRA’s Sendai decision. Granted, Kyushu Electric’s report lists numerous improvements that it has made in order to meet the new regulations, which the NRA has claimed are the strictest in the world: seismic reinforcement, higher sea walls, and assessment of terrorism risks, to name a few. The very existence of the NRA is itself a significant improvement for Japan, where until the Fukushima disaster the same government ministry responsible for regulating nuclear power also promoted it. Nevertheless, opponents see the Sendai decision as severely flawed.

One key point of contention is the threat from volcanoes. Kyushu is littered with them, including five that have sent 100 trillion cubic meters or more of debris spewing over the island at some point in the past, and several that are currently active. The question is whether any are likely to erupt within the plant’s lifetime, and if they do, whether operators will have enough advance warning to remove nuclear fuel before disaster strikes (removal usually takes several years). Kyushu Electric argued the risk from volcanoes is both small and foreseeable. The NRA accepted the claim – even though no volcano expert sat on its evaluation committee. A Kyushu-based volcanologist contacted for this article noted that nationwide, super eruptions have occurred at an interval of about 7,000 years, with the last one 7,000 years ago. “We’re not seeing signs of a super eruption. However, we don’t really know what the signs are, because we haven’t experienced one since 5,000 BC. So we can’t predict if a super eruption is imminent or not,” said the expert, who requested anonymity. (Super eruptions are seen as the main threat because of the level of damage they cause.)

Many Kagoshima residents also worry that evacuation plans are inadequate. (The NRA is not responsible for checking these plans, which are drawn up by local governments.) In Ichikikushikino, a town within the 19-mile evacuation zone, over half the residents signed a petition opposing restart of the Sendai plant without a more thorough evacuation plan. The petition calls for escape routes that aren’t vulnerable to tsunamis or earthquakes, consideration of wind direction, and more attention for vulnerable members of the population especially children, the aged, and the disabled.

During the Fukushima evacuation, elderly and disabled people suffered some of the worst consequences. Families and caretakers struggled to care for them in near-abandoned towns and crowded school-gyms-turned-shelters, and many did not survive the stress. Yet so far, Kagoshima Prefecture has no evacuation plan for vulnerable residents living more than six miles from the Sendai reactors.

Despite these widespread concerns, local political opposition to the restart in Kagoshima is weak, says Eric Johnston, a reporter at English-language newspaper Japan Times who has covered the nuclear industry for many years. That may be one reason Japan Prime Minister Shinzo Abe’s administration pushed for Sendai as the first power plant to restart. “Most local politicians wanted the Sendai rectors turned back on so that the financial subsidies and cash, as opposed to the electricity, would start flowing again,” Johnston says, referring to the large payments towns receive for hosting nuclear power plants.

Local political support doesn’t equate to a democratic consensus in favor of nuclear power, however.

“Polls consistently show the majority of Japanese are not keen on turning the plants back on,” Johnston says. “The banks, the utilities, and the local communities addicted to nuclear power subsidies are the only ones really pushing hard for restarts, but they own the politicians, so the debate is skewed in their favor.”

In fact, the biggest problem with how electricity is produced in Japan today may actually be a problem of democracy. Just like before the Fukushima meltdown, power plant executives have close connections with regulators, and just as before, the interests of big business sway politics with disproportionate force.