The Russian Arctic: A Legislative Abyss?

Moscow seems to see rising temperatures and melting sea ice as an unprecedented opportunity to promote largescale business projects in the Arctic.

This article originally appeared in Ecology and Business.

In 2020, Russia’s government developed and approved a number of laws directly related to the rights of the Indigenous peoples living in the country’s North, Siberia, and the Far East. Why now? How does this relate to economic development in the Russian Arctic and how could this threaten the future of Indigenous peoples? 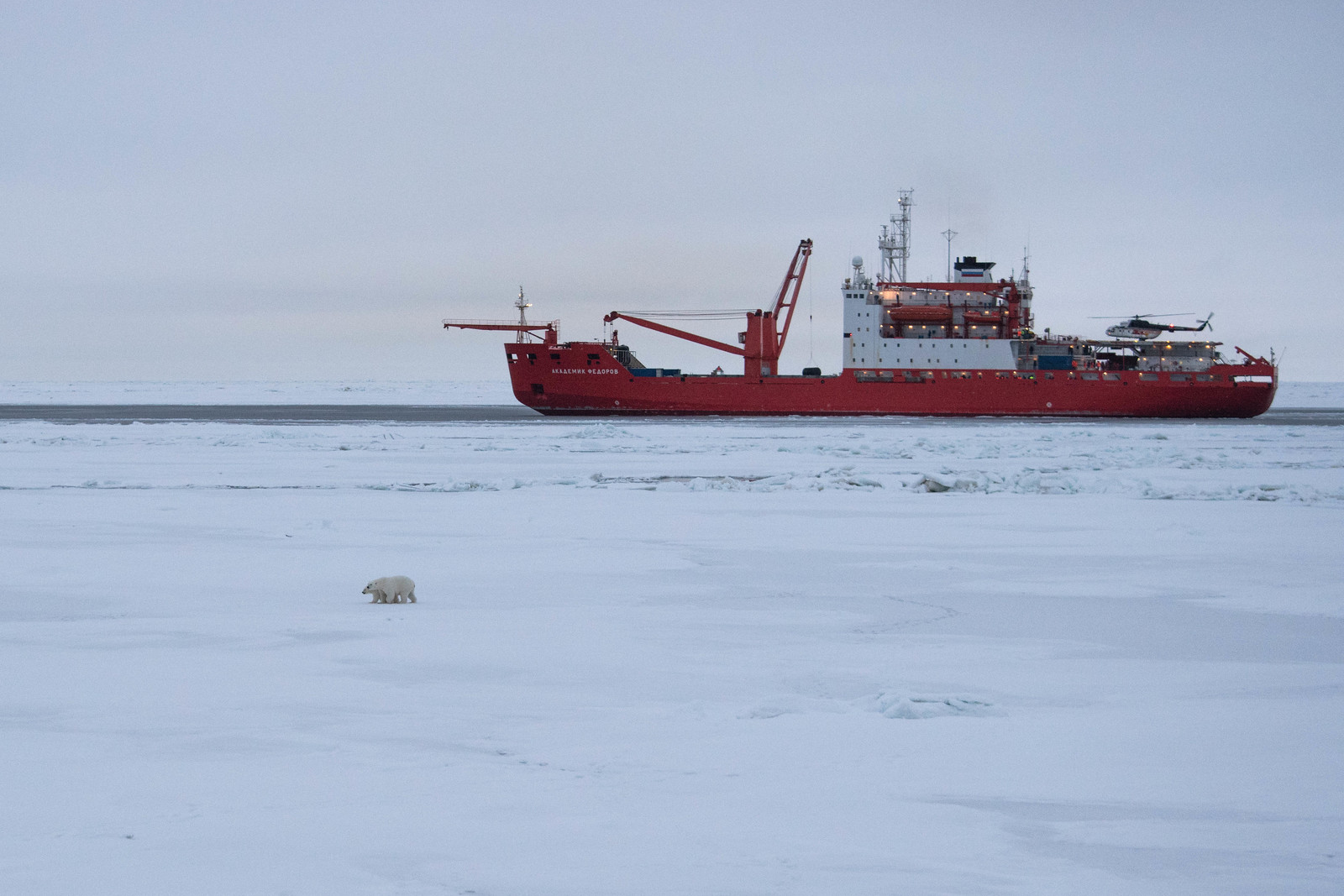 The Russian icebreaker Akademik Fedorov on an Arctic research expedition in 2019. As the Arctic warms, we may witness a race for quick profits at the expense of people and the fragile nature of the north. Photo by David Chu, Los Alamos National Laboratory.

For Russia, 2020 ended with the material consequences of the pandemic further exacerbating a decade of economic stagnation. In the face of growing social inequality and economic decline, Russian authorities are seizing on Arctic development programs as the last chance to save the nation’s economy. While in many countries, particularly in Germany and the United Kingdom, climate change is perceived as a crisis of epochal scale, the Russian government seems to see rising temperatures and melting sea ice as an unprecedented opportunity to promote largescale business projects in the Arctic, hoping that they will become the engines of the national economy. Some projects, especially the development of new sea routes through the Arctic, are expected to reduce transport time by as much as 40 percent. This will allow Russia to fully control trade between Asia and Europe along the Northern Sea Route.

Russia’s federal “Strategy for the development of the Arctic zone and ensuring national security for the period up to 2035” adopted in October 2020 actually defines the Arctic’s status as supporting the development of large businesses. In my opinion, supporting a “resource-based economy” — the slogan of this strategy — inevitably entails creating a regulatory system that gives priority to extractive companies in their endless quest for profit. This policy document makes no mention of the environmental and social costs of such development projects. Although Indigenous peoples of the north are mentioned many times in the strategy’s text, there is no separate chapter devoted to their rights and development.

Perhaps no country benefits more from climate change [in the present moment] than Russia, so the priorities of its economic elite for the post-pandemic period is not particularly surprising. But by refusing to recognize natural links between environmental issues and human rights for Indigenous peoples, the authorities seem to seriously believe that climate change and economic opportunity are becoming synonymous. Learning from the experience of past years, it is predictable that in boosting economic growth, officials will not be too scrupulous regarding the regulatory framework in terms of the environment and the rights of Indigenous peoples and will instead enthusiastically undertake development of the Arctic’s lands and resources. We will once again witness a race for quick profits at the expense of people and the fragile nature of the north.

As experience shows, Western and Russian observers tend to see the Arctic as the source of Russia’s strength and greatness. In reality, it is still an isolated part of the country. Surrounded on all sides by progressive pollution, the Arctic is in danger of an environmental catastrophe. In May 2020, Russia experienced one of the worst environmental disasters in its history, when a Norilsk nickel factory leaked almost 20,000 metric tons of oil into the soil and waters of the Taimyr Peninsula. This disaster is second in scale, perhaps only to a leak from a Komi oil pipeline in 1994, which, according to Greenpeace, was more than eight times larger than the Exxon Valdez tanker spill in 1989. (The aging Komi pipeline, which has long been prone to accidents, ruptured again this past May, spilling some 7 metric tons of crude into local soil and waterways.)

Despite this, Moscow wedded the future of the region with the oil and gas industry. Without better protection and, crucially, bold politicians and thoughtful leaders to represent its interests, the Russian Arctic is doomed to remain a raw material appendage — valued for its extractable resources rather than its residents and unique ecology.

If the extraction of “inexhaustible” minerals is viewed by the economic elite as the only possible option for the Arctic’s development, then what will be the region and its peoples’ future? As of now, it doesn’t appear that the rights of the Indigenous peoples in the Russian Arctic — whose identities are being devalued, whose wealth is being stolen, whose lands are being destroyed and freedoms are under threat — will ever be considered.

If 2020 has taught us anything, it’s that this needs to change.

Rodion Sulyandziga is a member of the Udege people, an indigenous people from Russia’s Far East region. Their total population is 1,587. Sulyandziga has been director of the Center for Support of Indigenous Peoples of the North / Russian Indigenous Training Center since 2000. Between 2013 and 2015 Sulyandziga was co-chair of the IP Global Steering Committee on Climate Change and led negotiations in Paris on behalf of the IP International Forum on Climate Change. He has a Ph.D. in Social Science and is actively involved in international advocacy and Indigenous rights activity at the national and international levels.