Every faith in some way holds nature sacred – that is, as a place apart
Kathleen Braden

When Congress passed the Wilderness Act, the importance of wilderness for spiritual value, while not explicitly stated, was implied through its definition of wilderness as an area with “outstanding opportunities for solitude.” In the years since, many scholars and activists have mined the precepts of major religions to formulate stronger arguments for the preservation of wild lands. Perhaps claiming a spiritual basis for wilderness does indeed help to save it. But the claim can also be turned around: In what way do most major faiths need the idea of wilderness? 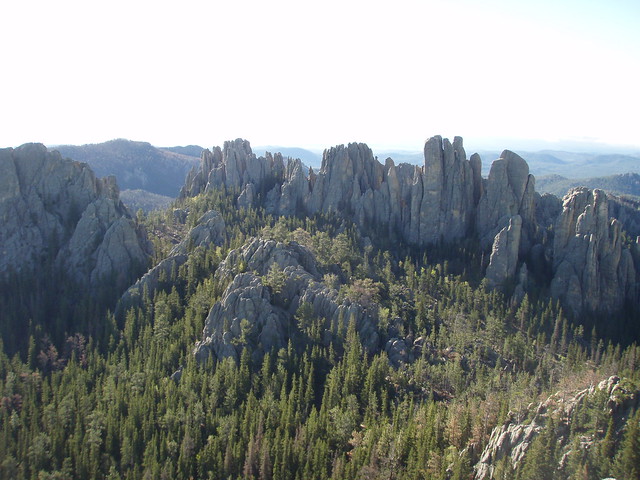 Alan Hodder, a professor of comparative religion, has noted that an “American nature religion,” or belief system, based on wilderness preservation has emerged, melded with historical-cultural views of what might be embodied in the national character and value of frontier. Derived from the Aldo Leopold and John Muir traditions, such wilderness piety is perhaps most often cited through the writing of Henry David Thoreau, who, in his essay about wilderness and civilization, Walking, wrote, “Give me a wildness whose glance no civilization can endure”.

But the contrast between the wild places and the city is not an American invention. Most of the world’s established religions have an element that engages the notion of what is sacred and holy in wild places. The word sacred originates from the idea of being set apart. But apart from what? In Thoreau’s mind, wilderness is set apart from settlements and has value because sacred nature allows “much air and sunshine in our thoughts.” Wilderness is a place where people can regain a lost relationship with Earth.

For some religions, wildland sacred space is set apart from the human-created environment to help us see “the Other,” particularly the glory of a Creator God. For other traditions, the sacred may be separate, but it is intended to remind humanity of the holistic interrelatedness of all the created Earth. We are separated to be brought back as one. And wilderness is the place that is the purest expression of that sacred element, where humility – not utility – guides our visits. The word wild in English is derived from the same root as “will;” wilderness is the place uncontrolled by human will. When the illusion of human control is removed, we can see through to the sacred and the real.

Because many of the world’s most widespread religions are so disparate, are there any similar themes about wilderness and the sacred in nature?

The three monotheistic religions based on a common root – Judaism, Christianity, and Islam – have an expression of nature and wilderness as places that allow perception of God’s sovereignty. All three religions begin with, in essence, the same genesis story: the expulsion of humanity from the Garden, and the command from God to be good stewards of creation. Wilderness is a territory (both on land and sea) where one encounters God, and it is not always an easy geography. For the ancient Israelites, it may be a place of repentance coupled with renewal. When the Israelites leave Egypt and displease God, they must wander in hostile lands before reaching a promised place. Abraham casts the slave woman, Hagar, into the wilderness, but she is saved by God, who renews her spirit and gives her a vision that she will build a great nation. Similarly, in the New Testament, the gospel of Mark begins with John the Baptist proclaiming God in the wilderness, foretelling the Christ who is to come, and calling for, again, repentance. Jesus has his own time in the wilderness being tested and honed for his ministry. For believing Muslims, creation is a gift from God and a sign of God’s grace. Similar to Judaic and Christian traditions, in Islam, nature reflects the dominion of God, not the hubris of human control. For these three monotheistic faiths that began in the Middle East, groups of believers through history have set themselves apart in monastic communities, often seeking out the wild places in self-imposed exile to allow the voice of God to be understood more clearly.

In other religions, nature and the sacred helps bring humanity into right relationship with creation. Baha’i traditions hold that nature reflects the perfection of God and thus, sacred spaces help create a sense of harmony, transformation, and wholeness. In Hinduism and Jainism, nature reflects the abundance that the earth provides and also reminds us of the wholeness of humanity with all other life forms: there should be no barriers or separation. Everything created must be treated with respect.

Likewise, Buddhism suggests that nothing that exists is in isolation, but the sacred can lead us to understand the interdependence of all living things and help us express compassion for creation. Some sects of Buddhism also have, like the desert Christian communities, an ascetic tradition, adherents who must be removed from the material world. Their spiritual quests may be best realized in wilderness.

Religions or traditions with cultural hearths further east in Asia – Shintoism, Confucianism, Daoism – also have expressions of harmony and continuity with nature, but perhaps more in a cosmological view, although places, such as sacred stands of trees with shrines in Shintoism, may be manifest of the need to have a holy place of contemplation and refreshment.

Finally, Indigenous religious traditions are so varied and numerous that outlining them in a short essay might risk stereotyping these faiths. But in many regions, Indigenous spiritual traditions connects the wild with a worldview that interweaves humanity with nature in an unbroken relationship. Whether shamanistic traditions of Central Asia, Native American religions of North and South America, pre-Christian European practices, animistic faiths of the African continent, or contemporary paganism, none are devoid of practices and stories related to the human relationship with nature. Sometimes, the place that is wilderness is key: the Australian aboriginal right of passage called the Walkabout must take place in the wild areas. Sacred groves of trees for West Africans who practice traditional religions are places of initiation and beneficence.

Even the religion of modernity that we call rationalism in our secular, Western world may find its spirit bereaved by a lack of wilderness. Like Thoreau, Loren Eiseley liked to walk. He wrote about a place in The Firmament of Time that was uncultivated: “It has nothing to do with man; its gravels, its red afterglow, are remnants of another era, in which man was of no consequence. …Behind us whisper the ancient, uncontrollable winds.”

While the sacred does not have to be wilderness, wild places must be sacred. Religion needs wilderness. Whether we call this hunger an expression of God’s sovereignty or evidence of the union of all living things or connection with ancestors and a world of spirits, religion requires the wild – the not-us – to show a crucial interrelationship. The threats to wilderness, therefore, also pose a danger to the heart of humanity’s most treasured faith doctrines.

Roderick Nash wrote that wilderness may be just a state of mind. But for the narratives of most faiths, it is a vital window to see through to the real. One thing religions everywhere have in common is that their traditions are being swept away by the same flood of modernity and consumerism that is destroying the wild places on the planet. If our economies and politics remove the last remnant of wilderness, people may persist for a short while on an artificial, sterile earth, but humanity’s soul will have perished long before our societies do.