Deborah Eden Tull was born an activist. “My mom, Tanya Tull, founded four nonprofits to end homelessness and my grandparents were old-time social justice activists and artists,” says Tull, who took on environmentalism as her branch of the family effort. Early in her career, Tull worked for many well-known environmental groups. “I deeply loved and respected the outer work … these activists were doing. But I also got to witness the imbalance.” In Tull’s words, the environmentalists and other activists she grew up with were prone to “depletion, anger, competition, finger pointing, and just plain not getting along.” 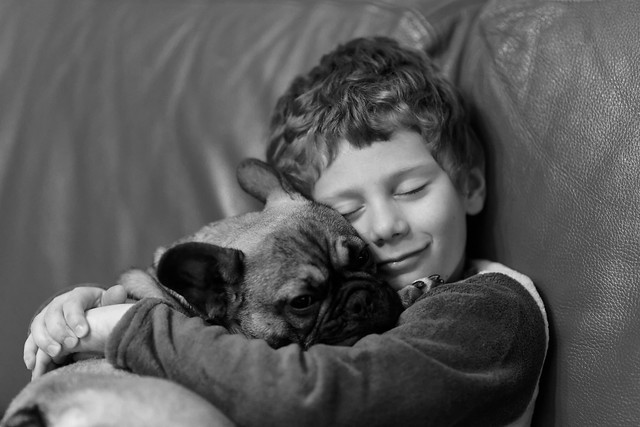 Photo by Guillaume DELEBARRE, Flickr Tull and others in the eco movement are calling on environmentalists to become radically compassionate, aware of the interdependence of all things and everybody.

“One of the things I learned [early on] was that they were doing things in ways that led to burnout and stress rather than peace,” says Tull, who is an Ojai, California-based mindfulness teacher and sustainability educator. She’s also a teaching assistant for UCLA’s Mindful Awareness Research Center.

In today’s political climate, where environmentalists feel under siege — consider a recent email blast from the Sierra Club, for example, that says the “E” in EPA will soon stand for “eliminated” if the Trump administration and likeminded members of congress have their way — activism burn-out is top of mind.

This is why Tull — and others in the eco movement — are calling on environmentalists to become radical. That is, radically compassionate. Compassion — an awareness of the interdependence of all things and everybody — is the only way to move from a place of real power and have a lasting impact, says Tull.

This sentiment is echoed by Paul Wapner, professor of global environmental politics at American University in Washington, DC, and author of Living Through The End of Nature. “In my mind, the environmental movement itself is fundamentally a compassion movement in the sense that one of the things it tries to do is extend moral consideration across time to future generations,” Wapner says. “Certainly it does this across space. Part of our concern is for those living downstream, suffering the consequences of environmentally harmful behavior. And also across species to the extent that we’re extending care to the more-than-human world.”

If the movement is compassionate, though, activism has not always been.

“People tend to react to environmental issues, the election, social justice issues, anything that upsets us, through a small range of reactions: fear and despair, anger, outrage, numbness or paralysis, or for some people the reaction is ‘business as usual,’ meaning they turn the other cheek,” explains Tull. This is classic conditioned reactivity (aka mindless reactivity). These feelings are valid and the conditioned reactivity isn’t surprising, but the action that arises as a result of the feelings isn’t extremely useful or sustainable.

“Some of the actions based on conditioned reactivity can have a short-term impact, but too often they accomplish little long term,” says Tull. And the actions can create more residue, blowback, or messiness to clean up. For example, the burnout and infighting Tull witnessed when she was young. “When activists get more present, they can feel their feelings more deeply, stay centered, and then have compassionate action arise.” Action based in compassion — a sense that we are all interconnected and need solutions that serve all — is much more powerful.

Are anger and outrage then incompatible with compassion or compassionate environmentalism? “It would be insane or unnatural to not feel anger about what’s going on,” says Tull. In short, you’re repressing if you’re not angry. But rather than let the anger become a force to further separate us from one another or create more venom in this world, compassionate activists use anger to push themselves toward creative actions that produce cooperation and long-term solutions.

Wapner agrees. “Anger does have a place in our lives,” he says, noting that violence, however, does not fit within compassionate environmentalism. “It wakes us up to injustice. It heightens our sensitivity. Then we have a choice: Do we simply react destructively or do we have a way of watching it and using the tip-off of anger to then act in skillful ways?”

Compassion starts with mindfulness — slowing down, going within, and typically, developing a meditation practice.

Vancouver based activist and poet Rita Wong thinks this makes sense. “You must be mindful and grounded and strong in order to do difficult things in this world,” she says. But Wong jokes that mindfulness alone can also make someone a far better corporate predator, too. So the idea isn’t just to be mindful; it’s to be mindfully compassionate.

Wong finds that compassion really hinges on the element of deeply feeling interconnection. Inspired by the work of eco-philosopher and activist Joanna Macy, she brings interconnection and compassion into her classroom at the Emily Carr University of Art and Design. A tenet of Wong’s teaching, poetry, and activism is to recognize the interconnection of all and encourage students to see this too. She often starts class with a mindful meditation and assigns exercises to cultivate interconnectedness, especially in her class “Water and You: cultivating ecological, cross-cultural, and interdisciplinary contemplations of water.”

Practicing compassion takes work. “If you want to cultivate compassion, the first step is to be very serious about wanting to change,” says Tull. “There’s nothing passive about this. You have to have the hunger for this. And you need the courage, willingness, and patience to develop compassionate awareness.”

“Compassion is who we already are underneath our conditioning,” says Tull, who recommends a formal meditation practice (using apps such as Simply Being or Simple Habit is fine), as well as regular brief pauses for mindfulness throughout the day. “A meditation practice, commitment, and self awareness are essential, but also it’s really important to actively seek and recognize interconnection each day.” That might come in the form of connecting with a stranger on the street through a “hello” or walking in nature — whatever you can do to remind yourself that we are interconnected with each other and the planet.

Wapner, also a fan of Macy’s The Work That Reconnects, says there are many practices that grow compassion, including Loving Kindness Meditation, which stems from the Buddhist tradition, and simply helping other people. The key, though, is to understand it is a practice. Nobody has perfected compassion. Compassion is cultivated day by day, hour by hour, and, of course, person by person, organization by organization.

Consider what the world would look like, though, if everyone became a compassionate activist.

“Environmental activism is like human rights,” says Wapner. “Its highest goal is to put itself out of business. And if everyone in the world were taught mindful compassion, that could happen. That said, it would be naive to say that if we only taught compassion everything would be fine. One wouldn’t want to use mindfulness or compassion as a way to take a political pass. The idea isn’t to say, ‘I’ll just get my act together and assume that has environmental consequences.’ One goes inside in order to come outside more skillfully.”

Remember those members of congress and their constituents who might want to abolish the EPA? Coming at the issue from compassionate activism, we wouldn’t remain silent and let them dismantle environmental protections. But whatever actions we decided to take would reflect as much care and concern for them and their hopes, fears, goals, and wellbeing as we have for ourselves. Our actions and proposed solutions would consider their problems, our own problems, and the earth’s problems as one and the same.

“For me there’s something we’re all being asked right now: heal not just the symptoms of separation, but the myth of separation,” says Tull. “That’s the even bigger task at hand.”