Francia Márquez, 36, grew up in La Toma, an isolated town nestled in western Colombia’s verdant Cuaca Mountains. Established in the early 1600s by escaped slaves, the Afro-Colombian community sits along the Ovejas River and residents depend on the river’s water and fish for sustenance. For centuries, the people of La Toma have built their lives around agriculture and mining, using pick axes to pry gold from the earth, and panning for nuggets in the Ovejas. Today, some 85 percent of the town’s 5,000 residents rely on small-scale artisanal mining for their livelihood. 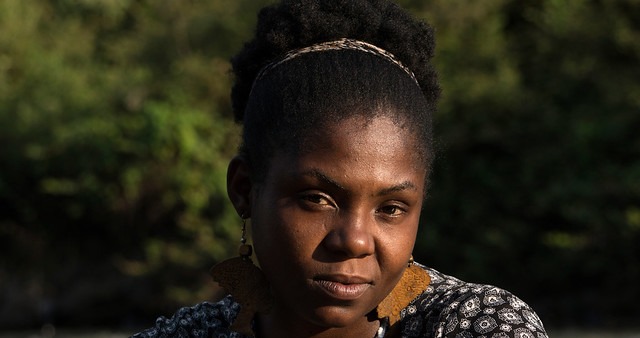 Photo courtesy of The Goldman PrizeThirty-six year old Márquez has been involved in environmental and community activism since the age of 13.

Recently, this remote Amazon region’s mineral riches have gained the attention of outsiders, putting the people, land, and water of La Toma at risk. The situation came to a head in 2009, when the Colombian government gave multinational mining company AngloGold Ashani a permit to mine in La Toma.

Márquez, who has been involved in environmental and community activism since the age of 13, couldn’t stand by as La Toma came under threat. And when the community received eviction orders to make way for mining interests, she decided to fight back.

“I got involved with the community to demand that we had a right as an afro-descendent community to those ancestral lands and that they didn’t have a right to displace us from those lands,” she says. She began studying law in order to better defend La Toma, and helped bring a case asserting that under Colombian law, Afro-Colombians have a right to “free, prior and informed consent” regarding activities that impact their ancestral lands. The court agreed, ruling that the community hadn’t been properly consulted regarding the mining permits. 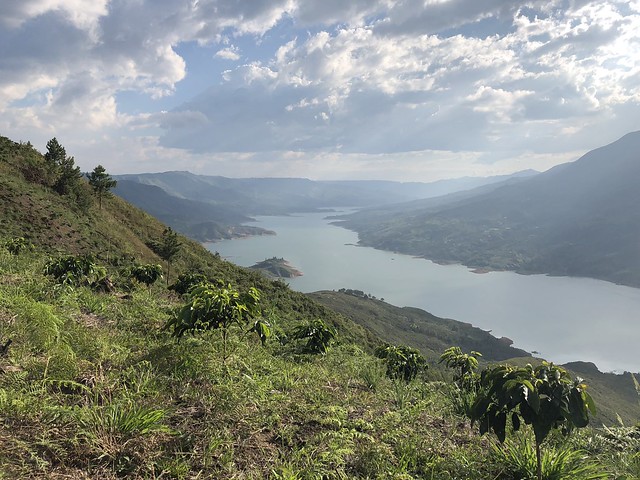 Photo courtesy of The Goldman PrizeThe Afro-Colombian town of La Toma sits in the Cauca Mountains of southwest Colombia, at the epicenter of the country’s illegal gold mining epidemic. .

But the fight was far from over. La Toma was now on the map for its gold, and illegal miners descended on the region. By 2014, illegal miners were operating an estimated 2,000 backhoes across the entire Cuaca region, including 14 on the banks of the Ovejas River near La Toma. The miners were also clearing forests and digging massive pits, and using mercury and cyanide to extract gold. In the process of all this, they were poisoning the Ovejas, destroying the river’s natural flow, and killing the fish that the community relied on for food.

Márquez once again got involved, putting her legal studies on hold. She started by confronting backhoe operators directly, explaining that they didn’t have the right to mine in the region. When that didn’t work, she organized a ten-day, 350-kilometer march from the Cauca Mountains to Bogota. Eighty women made the journey with her, drawing widespread national attention to their cause.

The women spent 22 days in Colombia’s capital city, protesting on the streets and negotiating with the Colombian government. “I think it’s important to focus on women, because the women have given birth to life,” she says. “And the women who can use maternal love can defend the territory…. I think it is time for women to take the reins.”

The strategy paid off. In December 2014, Colombian officials agreed to take action to put an end to illegal mining in La Toma, and in 2015, the government created the country’s first national taskforce on illegal mining. By 2016, all illegal mining machinery had been removed from the region or destroyed.

For her tireless advocacy on behalf of her community and the environment, Francia Márquez will be awarded the prestigious Goldman Environmental Prize for grassroots environment advocates tonight in San Francisco.

This work, however, has come at a steep cost to Márquez, who has been repeatedly harassed and threatened for her work against illegal mining. Several years ago, the mother of two relocated to the city of Cali after receiving death threats against herself and her children. 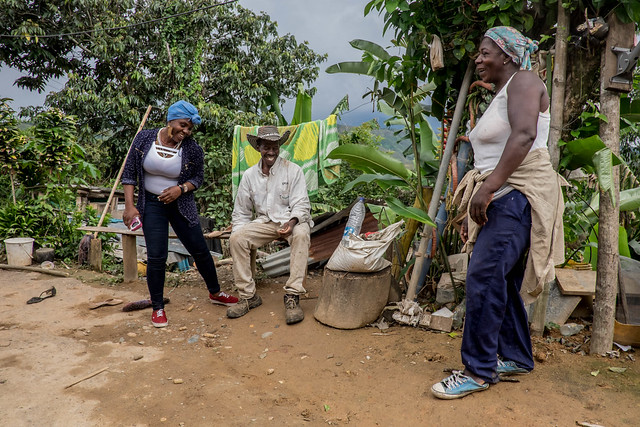 Photo courtesy of The Goldman Prize Márquez with community members. The mother of two, who has been repeatedly harassed and threatened for her work against illegal mining, had to relocate to the city of Cali after receiving death threats against herself and her children.

“When I was forcibly displaced with my children, I thought about how I couldn’t keep putting my children in danger,” she says. “But then activism becomes part of your life. Even though I’ve tried [to step away], I haven’t been able to.”

As Márquez sees it, despite the concessions made by the Colombian government, there’s still much to do.

One agreement in particular that Márquez would like fulfilled is the government’s promise to study the impact of mining on public health and the environment in La Toma. Independent reports have found mercury levels of up to 500 parts per billion in local waterways, far above the government threshold of 1 part per billion for drinking water. And Márquez says children in La Toma suffer from vision problems, respiratory problems, and learning disabilities. She also says people are suffering from cancer.

Márquez is joined by six other Goldman Prize winners: Makoma Lekalakala and Liz McDaid, for their work to stop a secret nuclear deal between South Africa and Russia; Khanh Nguy Thi, for her work to help Vietnam move away from coal towards a renewable energy future; Manny Calonzo, for his role in convincing the Philippine government to ban the production, use, and sale of lead paint; LeeAnne Walters, for her leadership in exposing the Flint, MI water crisis; and Claire Nouvian, for her role in persuading a major French supermarket chain and fishing fleet owner to stop it’s destructive deep-sea bottom trawling practices.

All seven winners will be honored at a ceremony at the San Francisco War Memorial & Performing Arts Center this evening.