Species must move, adapt, or become extinct, according to new study
Lana Straub

A new study published today in the journal Science predicts that if business as usual emissions policies do not change and human caused climate change continues on its current trajectory, one in six species on Earth could face extinction. Scientists have estimated that over 8.7 million different species inhabit the Earth, which means almost 1.5 million species are at risk of extinction. 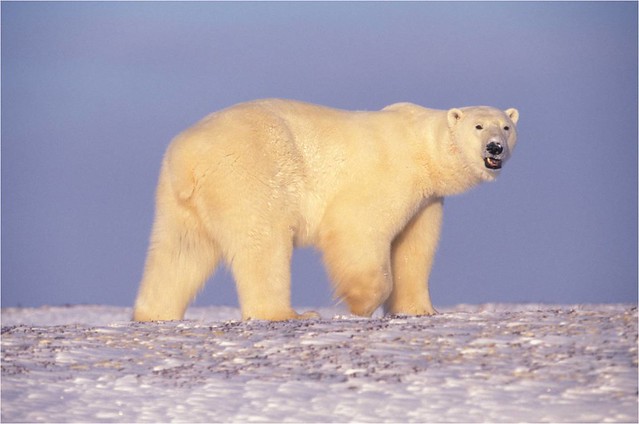 The study, conducted by Dr. Mark Urban, an associate professor of ecology and evolutionary biology at the University of Connecticut, is being released in the May 1, 2015 issue of Science. In the study, Urban challenges readers to think about climate change from the perspective of species extinction. Urban first became intrigued by the subject matter while working with small freshwater ecosystems and noticing the effects that warmer winters were having on those ecosystems.

“What I have seen is that even though we have many predictions about extinction risks … in response to climate change, no one has put together a global and truly comprehensive picture of those extinction risks,” Urban told Earth Island Journal in a telephone interview. “Instead, when discussing the topic, people draw upon one or a handful of studies.”

In his study, Urban utilized an approach often used in medical studies. Using meta-analysis tools, he examined 131 different studies on climate change that had been completed since 1992 and discovered that species are already being forced to make adjustments to their habitats due to changing temperatures and resulting changes in their ecosystems. The species are in essence being forced to move to a different habitat, adapt to the habitat they have, or perish from the inability to do either. So far, extinctions attributed to climate change remain uncommon, but the rate is increasing.

“Very quickly we will start to see an increase in those threats of extinctions as the temperature rises,” Urban says. Species in South America, Australia, and New Zealand, which face additional risks from habitat loss and migration barriers, are most at risk, as are certain taxonomic groups like amphibians and reptiles.

Dr. Janneke Hilles Ris Lambers, an ecologist with the University of Washington in Seattle who studies how forests respond to climate change, believes that Urban’s inclusive review is significant for several reasons. “It is important to understand the impacts we are having on the organisms with which we share our planet,” she says. She also notes that the study helps to point out and identify factors that increase the risk of extinctions. “For scientists, it helps to emphasize some critical areas that we need to study more.” Hilles Ris Lambers has a perspective article also appearing in the May 1 issue of Science that examines Urban’s work and explains the research and its usefulness to scientist and citizens alike.

Urban’s study of the 131 climate change studies allowed him to identify a wide variety of factors that scientists believe affect species during human caused climate change. These include species ability to find climatically suitable habitat; species distribution shifts; declining habitat size; migration barriers; and possible limitations on species’ dispersal ability in new habitats. Other “critical uncertainties” that scientists must consider are the affects of global climate change on species behavior, as well as physical adaptions that may occur. Also important are species interactions: As bioregions adapt to climate change, species will likely share their habitat with new flora and fauna.

According to Hilles Ris Lambers, who often crowd-sources data for her research, having real time data can assist scientists in modeling efforts, increasing the effectiveness of their assumptions. “Citizen science efforts are an extremely important part of this process, documenting the species that do exist and how they change over time,” she says.

Both Urban and Hilles Ris Lambers stress that human caused climate change is a critical challenge that we face in our time. They believe it is imperative for governments, scientists, and citizens to combine their efforts to combat the effects of climate change in an effort to postpone and reverse predicted species extinctions. Urban hopes his study also demonstrates the urgent need for citizen involvement in policy decisions. As he writes, “Induced extinctions will become increasingly apparent if we do not act now to limit future climate change.”