Though smaller than a grain of sand, microbeads constitute a significant amount of pollution in our waterways. Also known as polyethylene microspheres, these tiny pieces of plastic are the colored dots in toothpaste and face wash designed to make a product look like it will polish your teeth or skin. 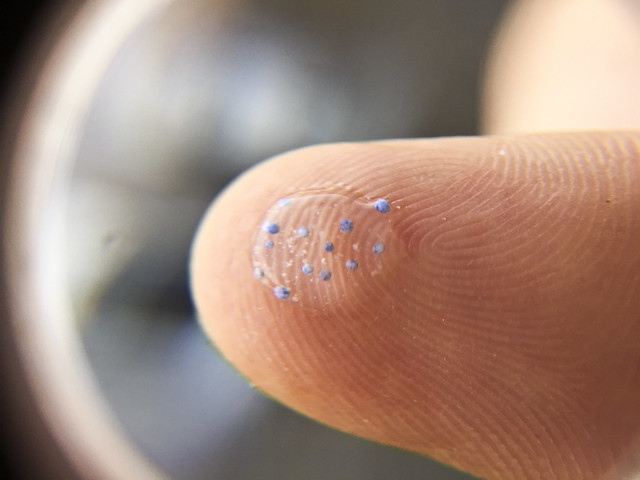 Photo by MPCA Photos A bill to ban microbeads is currently making its way through Congress.

Fortunately, they may soon be banned in the US. In November, the Microbead-Free Waters Act of 2015 was approved unanimously by the House Energy and Commerce Committee. The bill will now be considered by the full House of Representatives, where it has early bipartisan support. It is currently sponsored by 31 Democrats and five Republicans.

Reports about the harms associated with microbead pollution are quickly mounting. We know, for example, that polyethylene microspheres are found in disturbing concentrations in our oceans and our freshwater lakes, rivers, and streams. They wash down the drains in our sinks and through water treatment systems because they are too small to be caught in filters.

Once in our waterways, microbeads are small enough to be ingested by the smallest links in our food chain — microscopic plankton. In aquatic environments, these plastic particles can also attract and concentrate other contaminants, such as PCBs, DDT, and PBDE, which can then be eaten by larger organisms like fish, and potentially ingested by the humans that consume them. They have become so ubiquitous they are now being detected in our table salt.

Adventurers and Scientists for Conservation, which helps link conservation groups with the adventure community, has sampled freshwater sources all over the world. So far, 83 percent of the sampled sources tested by ASC have been contaminated with microbeads and other microplastics.

According to Grace Matelich, media coordinator for ASC, once released in the environment, it’s nearly impossible to trace microbeads back to a specific source. This means that, so long as microbeads remain in use somewhere, the broader public is set up to pay for the external costs of plastic pollution.

Sponsored by Representative Frank Pallone Jr., a Democrat from New Jersey, and Representative Fred Upton, a Republican from Michigan, HR 1321 is a sparse bill that amends the Federal Food, Drug, and Cosmetic Act “to ban cosmetics that contain synthetic plastic microbeads.” If passed, a microbead phase-out would begin in July 2017, and the full ban would take effect January 1, 2018. As currently written, the bill adds “synthetic plastic microbeads” to a short list of cosmetic adulterants banned from use in the United States.

In a statement, Representative Pallone said: “These tiny plastic particles that are polluting our environment are found in products specifically designed to be washed down shower drains…. If we know that these products will eventually reach our waterways, we must make sure that they don’t contain synthetic plastic that does not biodegrade and will ultimately pollute our waterways.”

Representative Upton added that working with colleagues in a bipartisan manner will “reduce this harmful pollutant from entering our waterways, our fish, and ultimately us.”

The federal legislation follows on the heels of microbead bans in several states, including Illinois, Colorado, Maine and New Jersey. California recently joined the ranks of states with bans. In October of this year, California Governor Jerry Brown signed AB 888, also known as the Plastic Microbeads Nuisance Prevention Law, the strongest microbead legislation yet. The California ban includes a prohibition against “biodegradable” microbeads, which other states with similar legislation allow.

AB 888 was the second bill to be bandied about in the California state legislature, after the first died in the senate last year. It will not take effect until 2020. By then, there may be a federal law on the books as well.