Rewilding Europe’s 10th project ‘has potential to benefit both nature and people’ in one of the continent’s least populated areas.
Phoebe Weston The Guardian

Black vultures, lynx and wild horses are among the animals being reintroduced to eastern Spain with the launch of a rewilding project spanning 850,000 hectares (2.1m acres) in the Iberian highlands east of Madrid.

Rewilding Europe’s 20-year landscape recovery scheme, which covers an area more than five times the size of Greater London, aims to make the land wilder and more nature-friendly. The protected area is the southern part of the Iberian Chain, a mountain range that stretches 500km (300 miles) from the north-west of the country to the Mediterranean in the south-east. 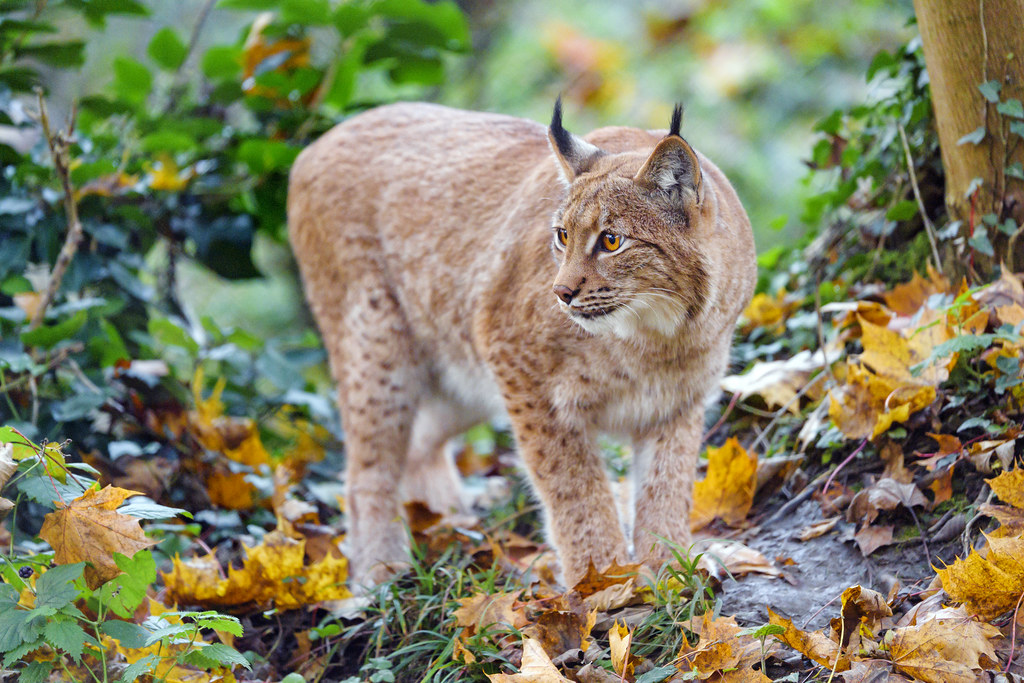 Once the world’s most endangered cat, the Iberian lynx can now be found across Spain and Portugal. Three or four of the animals will be released into the Iberian Highlands in the next year or two. Photo by Tambako The Jaguar.

It is a landscape of canyons and valleys, dominated by pine, oak and juniper forests, as well as steppe and agricultural areas. As a result of decades of land being abandoned as people moved to the cities, it is among the least populated areas in Europe; since the 1950s, populations in many places have more than halved. Consequently, species such as deer, ibex and wild boar have already started to come back.

“There are less than around two people per square kilometer, which makes it very special because you can see nature in a different way,” said Pablo Schapira, team leader at Rewilding Spain, one of the organizations leading the project. “It’s very rare to find these kinds of places in Europe.”

The Iberian Highlands Rewilding Landscape project – located about two hours’ drive from Madrid and two and a half hours from Valencia – is the 10th to be undertaken by Rewilding Europe, and its first in Spain. “These cities have a lot of people who are looking for special places to see nature, so the tourist potential of this area is huge,” said Schapira.

Already, a herd of “tauros” – cattle back-bred to fulfil the ecological role of aurochs, an ancient and now extinct wild bovine species – have been released near Frias de Albarracín. Elsewhere, 11 semi-wild horses were released this summer near Mazarete, with the first foal born in July, and more releases planned this year.

Up to 15 black vultures will be introduced every year, after the first batch was released in Alto Tajo in September. Black vultures, also known as cinereous or monk vultures, are one of the largest birds of prey in the world, with a wingspan of more than 3 metres (10ft). All birds have been tagged with GPS transmitters so scientists can track their movements.

Bearded vultures are being encouraged to naturally recolonise by improving habitats for them. Vultures of this species are called quebrantahuesos – or bone-breakers – because they drop bones from great heights to break into the marrow inside. Red kites could also be released. Already the area is home to a number of raptors, including golden eagles, Egyptian vultures, griffon vultures and eagle owls.

Iberian lynx will be released in a year or two, with three or four animals let out initially. Twenty years ago, they were the world’s most endangered cats, with fewer than 100 left, but there are now more than 1,000 of them across Spain and Portugal after a number of successful EU projects. There are no plans to reintroduce wolves, because locals fear they will kill livestock.

Included in the Iberian highlands project are three core areas – the Serranía de Cuenca, Alto Tajo and Montes Universales. More than half of the landscape is already protected, mainly as sites in the EU’s Natura 2000 network, meaning that it has been designated as among the most valuable for wildlife.

The project has secured three years of funding, with a budget of between €800,000 (£690,000) and €900,000 a year, and its organizers hope to secure more in the coming months. Conservationists have been working with local organizations including Terra Naturalis, Asociación Nacional Micorriza, and FIRE (the International Foundation for the Restoration of Ecosystems) since September 2019 to prepare for the launch.

David Thomas, director of the Endangered Landscapes Programme, which has contributed $1.5m (£1.3m), said: “By initiating a bottom-up process for the conservation and restoration of this landscape’s ecosystems, we believe the project has potential to benefit both nature and people.”

The project aims to create incentives to protect old-growth forests that are being cut down, mainly for biomass. The loss of people from this area led to economic stagnation, and one of the project’s objectives is to create opportunities for sustainable nature-based tourism and counter the risk of mining, forestry and hunting, the third of which is likely to be what is preventing the Iberian wolf from naturally recolonising the area.

The ninth project to be added to Rewilding Europe’s portfolio was the Affric Highlands initiative in Scotland, the organization’s first in the UK. Other projects include rewilding in Romania’s southern Carpathian mountains, Croatia’s Velebit mountains, Italy’s central Apennines and Bulgaria’s Rhodope mountains.

Phoebe Weston is a biodiversity writer for the Guardian.