Living Near Greenery May Increase Your Lifespan

Many of us plant trees, shrubs, and other plants around our homes to beautify our surroundings. A study published earlier this month in Environmental Health Perspectives reveals that this attractive greenery has another significant benefit as well — people living in greener neighborhoods may live longer. 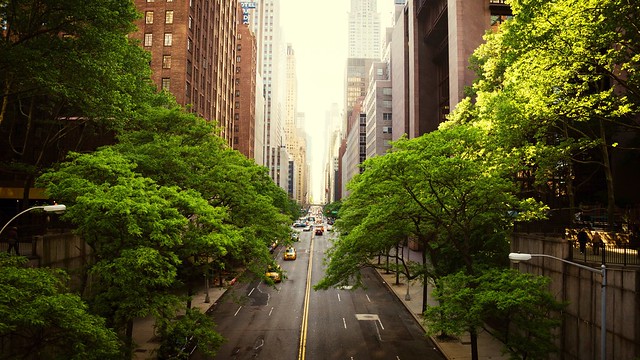 Scientists from the Harvard T.H. Chan School of Public Health and Brigham and Women’s Hospital in Boston, Massachusetts assessed the greenness surrounding the homes of 108,630 women. They then tracked changes in both the vegetation and participants’ deaths from 2000 to 2008. The scientists discovered that women with the most vegetation around their homes experienced a 12 percent lower death rate than those living in the least green areas.

The biggest differences were observed in death rates from kidney disease, respiratory disease, and cancer. Women residing in the top 20 percent of green areas were 41 percent less likely to die from kidney disease than those living in the lowest 20 percent. They had a 34 percent lower death rate for respiratory disease and 13 percent lower death rate for cancer. No significant relationship appeared to exist between greenness and risk of death from coronary heart disease, diabetes, or infections.

The study, funded by the National Institute of Environmental Health Sciences (NIEHS), is the first on greenness and mortality to draw its subjects from across the entire United States. The participating women were all enrolled in the Nurses’ Health Study (NHS), a long-term study that has examined the risk factors for chronic disease among women, collecting questionnaires from more than 100,000 women every other year since 1976.

The Harvard researchers culled data from the women in the NHS study who were alive in 2000 and had at least one residential address that could be mapped to obtain latitude and longitude for satellite imaging purposes — in 2000, there were at least 10 nurses participating in the study in each of the contiguous US states.

By looking at the questionnaires returned between 2000 and 2008, the scientists were able to identify specific characteristics of each participant. This distinguished the study from previous research on greenness and mortality, which has often relied upon aggregated data. Analyzing individual characteristics allowed them to control for potentially confounding mortality risk factors, such as age, ethnicity, smoking, and socioeconomic status.

Bonnie Joubert, the NIEHS scientific program director who oversaw the Institute’s support for the research, points to another aspect of the study that differentiated it from prior research. “A major strength was the greater detail that [the scientists] provided,” she says. “Many previous studies have used zip code level data; some others have been ecological studies. These authors provided greater detail or more granularity to the measurement of greenness.”

The use of sophisticated satellite imagery from NASA’s Terra satellite facilitated this level of detail by enabling the scientists to measure the greenness around each participant’s residence, as opposed to looking at broader community data. Data from the satellite images was used to measure how much visible light was absorbed by chlorophyll in plants surrounding the residences, and the amount of near-infrared light reflected by plant leaves. The scientists then plugged that information into the Normalized Difference Vegetation Index (NDVI) to estimate the density of vegetation surrounding each home — a larger NDVI value indicated more vegetation.

The scientists measured greenness within 250 meters and 1,250 meters of each verified residence. The 250-meter radius was considered the space around the home directly accessible to the participant, while the 1,250-meter radius was the area reachable within a 10-15 minute walk. Exposure levels were updated as the NDVI changed over the course of the eight-year study period. They were also adjusted when participants moved to new residential addresses.

After analyzing the data, the researchers determined that the link between greenness and lower risk of death was mainly explained by improved mental health and increased social activity. Increased physical activity and lower exposure to air pollution in green areas appear to be factors as well. (Read the Journal’s report on the growing body of evidence tying green spaces to health benefits here.)

According to Joubert, further research is necessary to understand why exposure to trees, plants, and shrubs has a positive impact on mental health and inspires people to be more socially engaged. “It would be really interesting to investigate that with a little more depth, to dig into the why of these things,” she says. “I think there’s a lot of potential for future research to dig in a little bit deeper.”

Joubert believes this study has the potential to positively impact people’s lives on multiple levels. On an individual level, she says it could encourage people to enhance the greenery around their homes and to increase their use of green community spaces such as parks and trails. On a societal level, the findings could encourage planners to consider green enhancements in urban areas.

“I’m hopeful that overall, the study findings will encourage multifaceted efforts to increase greenness and improve health, particularly among those with the lowest exposure to greenness,” says Joubert.

This research adds to the growing body of evidence that the trees, bushes, and other plants around us aren’t just aesthetically pleasing, but may have a remarkable impact on our health and longevity as well. Hopefully this will influence individuals and governments alike to increase the greenness of our communities to create healthier living spaces from which we all may reap the rewards.