Lives on the Vulnerable Edge

Sea levels are rising. That’s not just an ominous and distant threat. For many people around the globe and across US coastlines, the perils of an encroaching ocean present dangers that are all too real. From dying trees to flooding islands to houses being destroyed, the damage wreaked on many coastal communities is changing lives forever. Elizabeth Rush’s Rising: Dispatches from the New American Shore tells the stories of these lives, portraying the stark reality, the almost dystopian milieus of Isle de Jean Charles, Louisiana, the Tanyards of Pensacola, Florida, Oakwood Beach on Staten Island, New York and many other frontline communities. 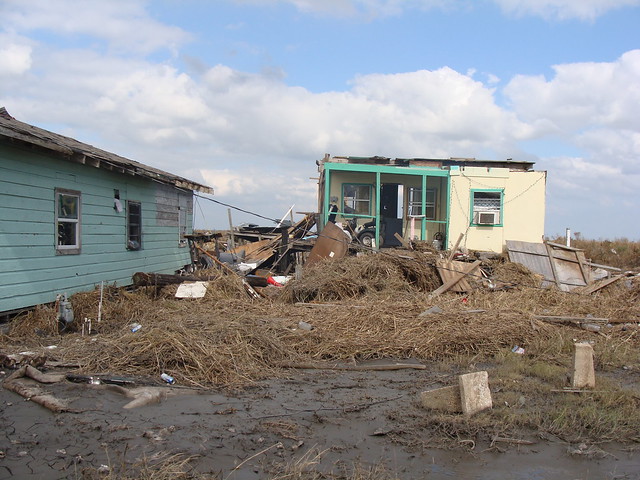 Rush expands the stories of her settings by switching between several modes of narration: A first-person memoir that weaves descriptions of the environment with lyrical prose; more complex scientific sections; and chapters in the voices of the people who live in shoreline communities that are slowly dying.

After working on a magazine article on the effect of climate change on the Sunderbans delta in the Indo-Bangladesh border region, Rush realized that every change humans make to their surroundings can have a snowball effect on the environment. Over the last century, a considerable part of the rivers flowing into the delta — the Ganges, Brahmaputra, and Meghna — have been diverted, reducing volume of freshwater flowing into the Bay of Bengal and allowing water from the Indian Ocean to seep in, destroying once fertile farmland with salt water. Meanwhile, the rising seas have been eroding delta islands and have forced thousands of farmers and fisherfolk to migrate inland. After reporting on this issue, “I understood then that sea level rise was not a problem for future generations,” Rush writes. “It was happening already, exacerbated by human interventions in the landscape. And perhaps more importantly, I sensed that the slow-motion migration in, away from our disintegrating shorelines, had perhaps already begun.”

In Rising, Rush takes readers on a journey through some places in the United States where climate change has wrought similarly slow yet dramatic impacts.

In Isle de Jean Charles, on one of many “frayed fingers of fine tidal lace” that make up Louisiana’s bayous, Rush meets Chris Brunet, a native of the Biloxi-Chitimacha-Choctaw tribe who has lived his whole life in Isle de Charles. While Rush talks to Brunet, a dolphin swims up the narrow manmade channel behind his house. “Forty years ago you would have never seen that animal all the way up here,” Brunet tells Rush. “But the land is opening up all around us. The cuts they made in the marsh speed up the process. What was once sweet water is now salt, so these dolphins, they come in.” 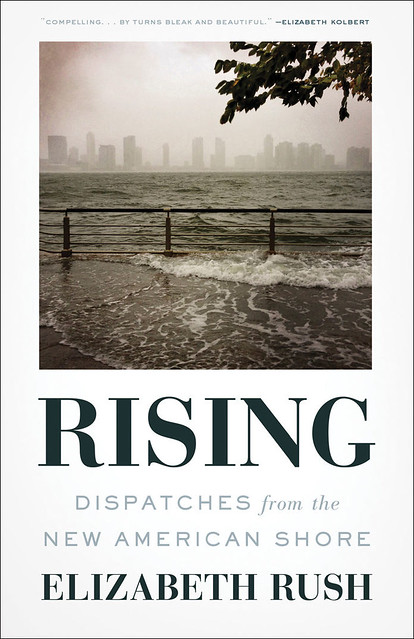 In Ile de Jean Charles, the dolphins are only a symbol of how things have changed. Many of the residents have left their hurricane ravaged homes. Only a few remain. The area floods when it rains hard, and the Army Corps of Engineers has left it out of plans to protect the island’s Terrebonne and LaFourche parishes with 98 miles of levees. “No one is surprised that we weren’t among those who were saved,” Dalton, one of Brunet’s nephews, says to Rush. “We are Indians, after all.”

Many others who live impoverished and marginalized on the liminal edges of society also live on the literal edge of our land. Rush explains the history of this phenomenon. She believes that, at least in the United States, the issue began with the Swamp Land Act of 1850, which Rush says, “gave states ownership over any marsh they could drain.” Thus major cities like New York, Boston, Baltimore, and Washington DC began devouring their marshy surroundings. But no love was lost on these places. No one clambered to move there. Instead, these areas became “informal garbage dumps.”

By the turn of the twentieth century, these dumps were paved over and transformed to meet the needs of the growing cities and their ports. Redevelopment again occurred after the 1940s, when Rush says, “living alongside our country’s polluted waterways was considered a nuisance, so public and low-income housing often went in. The population boom of the fifties led to a shortage of residential units, and the once soggy edges of many cities provided cheap, if flood-prone, shelter to those who did not have enough money to live anywhere else.”

Rush delves into the history of this phenomenon when talking about Oakwood Beach in Staten Island, New York. However, a more apropos setting for the link between poverty and the disappearing edges of the map is Pensacola, a town in Florida’s panhandle, where Rush goes next.

A story in the voice of a Pensacola women gives honesty and frustration to the next section. “We’re flooding worse now, but girl, the flooding has always been bad,” Marilynn Wiggins, president of the Tanyard Neighborhood Association tells Rush. “And because we’re a black neighborhood the city doesn’t pay us no mind.”

Pensacola has long been deeply segregated and the problem here is not the flooding itself, but the insurance flood premiums that put local homeowners at risk. While more affluent white residents of Pensacola live in neighborhoods on the ridge that overlooks downtown, Rush writes that “blacks, Creoles, and Native Americans took over Long Hollow, a former steam bed, and the Tanyard, a wetland where animal pelts were tanned before being shipped off from the colonial port. As sea levels rise and hurricanes threaten the coast, many residents of these areas are increasingly pressed by high flood insurance premiums. A rate hike would push them out of their mortgages or leave them without insurance if they already own their homes.

“Those at the highest risk of flooding are often also those who can least afford to protect themselves,” writes Rush. “…they likely inherited their vulnerability from ancestors desperate to survive.”

Vulnerability, in essence, is the heart of Rush’s book about the loss of place. She tries to show her own vulnerability in the memoir sections that give depth and nuance to her character as a narrator. Rush’s lyrical prose, too, contains the fragile air of vulnerability. Her skill as a storyteller really shines through when she allows the people whose lives have been upended by climate change, people whose voices we rarely get to hear, speak for themselves.