West Virginia senator objects to legislation that would steadily retire the coal industry, which provides ample financial support to him.
Oliver Milman The Guardian

In the tumult of negotiations over the most consequential climate legislation ever proposed in the US, there is growing scrutiny of the fossil fuel industry connections of the man poised to tear down the core of the bill — the West Virginia senator Joe Manchin. 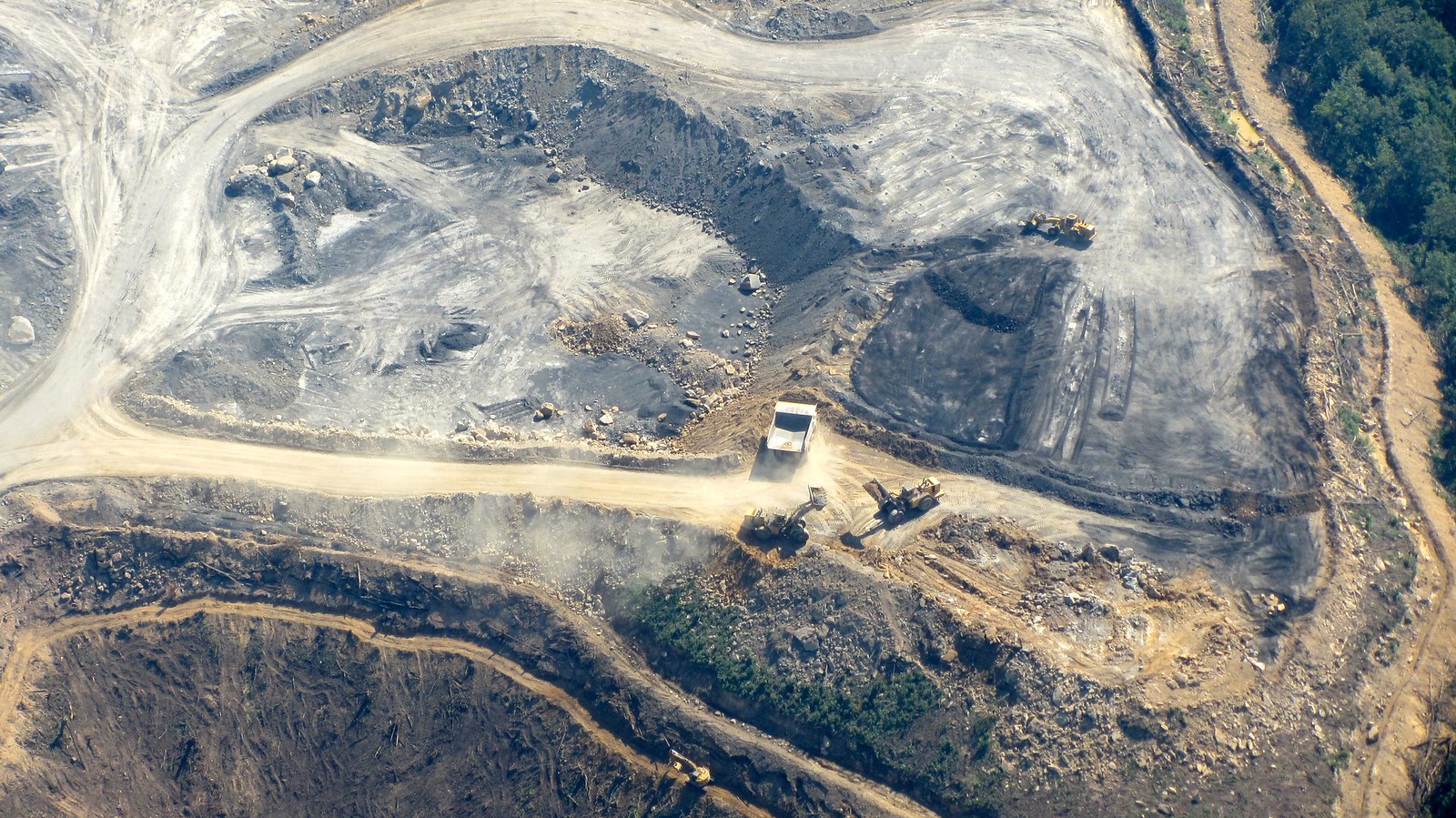 Manchin’s ties to the fossil fuel industry run deeper than political donations. He set up a coal brokerage firm called Enersystems in 1988 and ran it until he became a full-time politician. Photo of West Virginia coal mine by Delta Whiskey / Flickr.

Manchin, a centrist Democrat, has objected to key provisions of a multitrillion-dollar reconciliation bill that would slash planet-heating emissions and help the US, and the world, to avert catastrophic climate breakdown. In a finely balanced Senate, Democrats need all 50 of their senators to vote for the bill, with no Republicans willing to vote for the climate measures.

The legislation would steadily retire the coal industry that once formed the backbone of the West Virginia economy and continues to provide ample financial support to Manchin, who has spent the past four decades as a political heavyweight in his Appalachian home state, including acting as its secretary of state, governor, and now US senator.

In the current electoral cycle, Manchin has received more in political donations from the oil and gas industry than any other senator, more than double the second largest recipient. He is also the number one beneficiary of donations from the coal mining sector, leads the way in money accepted from gas pipeline operators, and is sixth in the ranking of senatorial donations from electricity utilities.

This industry largesse has led to accusations that the senator has been unduly influenced by the companies that have helped stoke the climate crisis. Manchin’s office did not respond to a request for comment.

But Manchin’s ties to the fossil fuel industry run deeper than political donations. After initially working in his family’s furniture and carpet business, Manchin set up a coal brokerage firm called Enersystems in 1988, running it until he became a full-time politician. 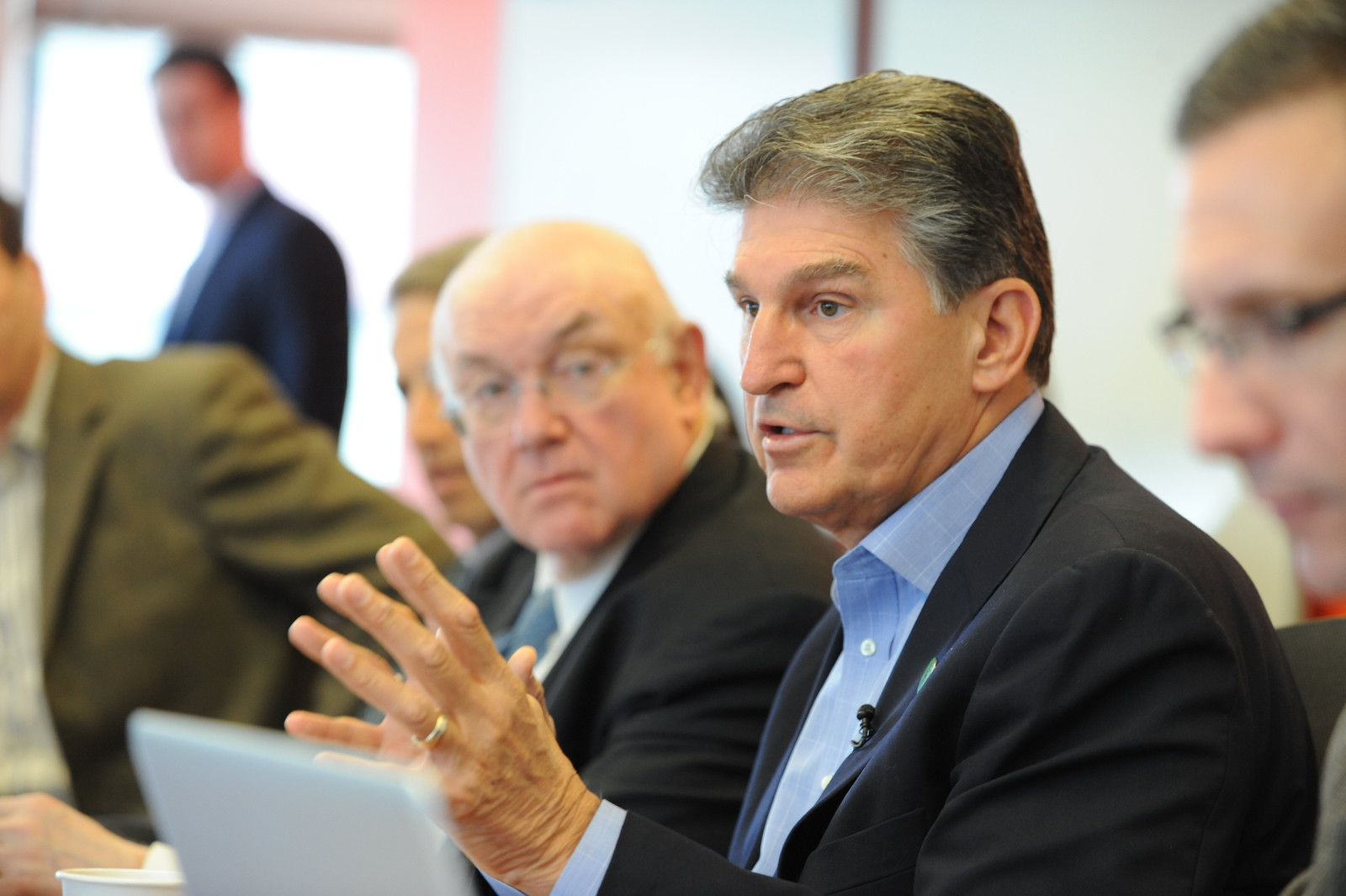 Manchin has objected to key provisions of a multi-trillion dollar reconciliation bill that would slash planet-heating emissions. Photo by Third Way Think Tank.

Despite handing control of Enersystems to his son Joseph, Manchin’s links to the business have proved fruitful to the senator. His shares in Enersystems are worth between $1 million and $5 million, according to his latest financial disclosure document, with the senator receiving more than $5 million in dividend income from the company over the past decade. The coal brokerage represents 71 percent of Manchin’s investment income, and about a third of his total net worth.

The reconciliation bill contains a huge expansion in tax support for clean energy and electric vehicles and new curbs on methane, a potent greenhouse gas, but the core of the climate measures is something called a Clean Electricity Performance Program (CEPP). The $150 billion scheme would use payments and penalties to spur utilities to phase out fossil fuels from the US electricity system over the coming decade.

The program, along with the clean energy tax credits, “are the best shot we’ve had in a generation to supercharge the clean energy transition and reduce fossil fuel pollution in marginalized communities”, said Patrick Drupp, deputy legislative director of the Sierra Club.

Manchin has called the bill’s spending “reckless” and said it “makes no sense” to pay utilities to increase their share of renewable energy when they are doing so already. This is despite the fact that barely any utilities across the US are adding solar, wind, and other sources of clean energy at the rate envisioned by the bill to force emissions down quickly enough to stave off climate disaster.

“His statement on this is demonstrably false. Utilities aren’t growing renewables that quickly, certainly not in West Virginia,” said Robbie Orvis, senior director of energy policy design at Energy Innovation. “It’s not a secret he has ties to the coal industry. One would hope anyone elected to Congress would not hold significant financial holdings in industries they would consider regulating, but that’s the system we have, unfortunately.”

Recent analysis by Energy Innovation found that the CEPP is the “carbon reduction lynchpin” of the legislation, representing around a third of the emissions cuts that would come from the bill. “It’s really unfortunate that the CEPP is not on the table anymore,” said Orvis. “But this bill would still result in a huge cut in greenhouse gas emissions, it does a lot. There may be a way to fill the gaps left by CEPP.”

Joe Biden has set a goal for the US to cut its planet-heating emissions in half this decade, before zeroing them out by 2050. America is currently on track for a 17 percent to 25 percent cut in emissions by 2030, an analysis released on Tuesday by Rhodium Group found, leaving up to 2.3bn tons of emissions left to eliminate in order to meet the goal.

John Larsen, director of Rhodium Group, said that with further cuts from the federal government and states, “the US’s ambitious 2030 climate target is within reach, even with a more limited policy package from Congress”. But he added: “The US and the world have little time or room for error to avoid the worst impacts of climate change.”