Ecological information delivery mode in the media seems most often to consist of what we could call an information dump. At least one factoid — and often a whole plateful — seems to be falling on to our heads. And this falling has an authoritative quality: The delivery mode seems to be saying Don’t question this, or even, You should feel very bad if you question this. 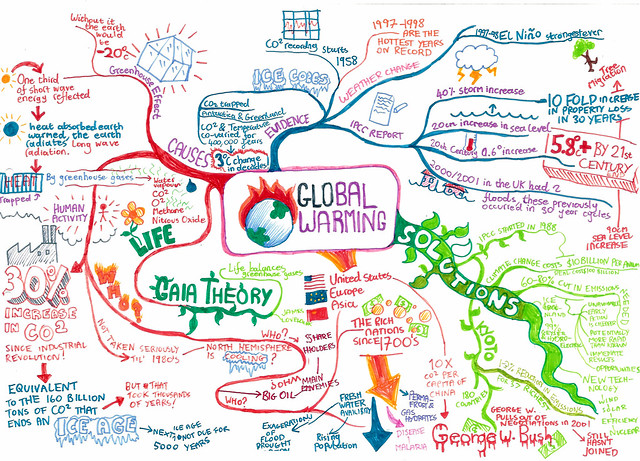 Photo by Richard Scott Despite what factoids would have us believe, no fact just plops out of the sky. There is a whole environment in which the fact can appear — otherwise you can’t see it at all.

Our not having a ready answer for this question, unless we are global warming deniers, should make us pause. Deniers are quite clear: this mode is trying to convince me of something I don’t want to believe. I am having a belief forced down my throat.

Why don’t we all feel like that? And if we feel ecologically righteous, we shun people who think they are being dumped on to make them feel something — crude guilt leading to crude belief, maybe. This is not a war of beliefs — this is the truth. Damn it, Mr Denier, why can’t you see that?

Despite what factoids would have us believe, no fact just plops out of the sky. There is a whole environment in which the fact can appear — otherwise you can’t see it at all.

Consider something you might not regularly say if you grew up in the West: My ancestral spirits are unhappy that I’m writing this. In what world does this statement make sense? What do you need to know, what do you need to expect? What counts as right and wrong in this world? We need all kinds of assumptions about what reality is, about what counts as real, what counts as existing, what counts as correct and incorrect. Thinking about these kinds of assumptions can take different forms, in philosophy one is called ontology, another is called epistemology. Ontology is the study of how things exist. Epistemology is the study of how we know things.

In addition to the idea that facts are meaningful within certain contexts of interpretation, there are questions you can answer quite easily if you study art, music, or literature. These are questions such as How does the mode want you to read this information? How do you look like you received it “right?” You don’t look at a Renaissance perspective painting from the side. You have to stand pretty much right in front of the vanishing point, at a certain distance — then the 3D illusion makes sense. The picture positions you in a certain way, the poem asks to be read a certain way — just like a Coca-Cola bottle “wants” you to hold it a certain way, a hammer seems to fit your hand just so when you handle it … A whole lot of what is sometimes called ideology theory is about how you are coerced into handling a poem, a painting, a political speech, a concept in a certain way.

All kinds of ontology and epistemology (and ideology) are implied by ecological information dump mode, but we rarely pause to figure out what they are. We are too keen on dumping, or being dumped on. Why? Why don’t we even seem to want to pause and figure it out? Are we scared we might find something? What are we scared we might find? Why do we wring our hands and go Why don’t these deniers get it? or Why doesn’t my neighbor care about all this as much as I do? Ecological information dump mode is a symptom of something much bigger than feelings about stuff you read in the newspaper.

One way to zoom out and ask these sorts of questions again would be to say something like How are we living ecological data? Do we like it? If not, what do we want to do about that?

There seem to be plenty of ways of living ecological knowledge. Just think about being a hippie, something with which I am vaguely familiar. Being a hippie is a whole way of life, a whole style. But is being a hippie compulsory as a way to live ecological information?

Think about the Internet. Before a huge number of people had access to it, there were two or three ways of living with the Internet. For instance, there was the amused, playful, experimental, anarchic, or libertarian slacker mode in which the Internet was supposed to make us feel like our identities were malleable or liquid. Then something strange happened. Loads more people got the Internet, and a whole lot of the Internet became a really coercive, authoritarian space where you had to have one of about three acceptable opinions or risk being attacked by a mob of judgmental twitterers like the flock descending on the gas station in Alfred Hitchcock’s film The Birds. I’m not going to go into why and how this happened, but you get the point.

We need to start peering under the hood of the ways in which we talk to ourselves about ecology. I think the main way — just dumping data on ourselves — is actually inhibiting a more genuine way of handling ecological knowledge. There are better ways of living all of this than we have now, and we don’t even know that we are living it right now.

We are like people caught in a habitual pattern, going along repeating the same thing, without even realizing it. It’s like we find ourselves at the sink, compulsively washing our hands over and over again — but we have no idea how we got there.

Facts go out of date all the time, especially ecological facts, and especially, out of those, global warming facts, which are notoriously multidimensional and scaled to all kinds of temporalities and all kinds of scenarios. Dumping information on ourselves every day or every week can be really confusing and arduous.