How Tech Is Boosting Environmental Engagement in China

The alarm buzzes. After a few false starts, I finally grab my phone and turn it off. Like many people the world over my immediate reaction is to jump online. Unlike others, however, it’s not Facebook, Instagram, or even e-mail I’m after. The first thing most people here in China check is our air quality app. With data available from tens of thousands of sites across 400 cities on the mainland, this app has become just as much a part of daily life in China as its social media platforms, WeChat and Taobao. It lets us know whether we need to pull out our face masks or can instead get ready for a relaxing bike ride to work. This little bit of technology is quite literally a lifesaver. 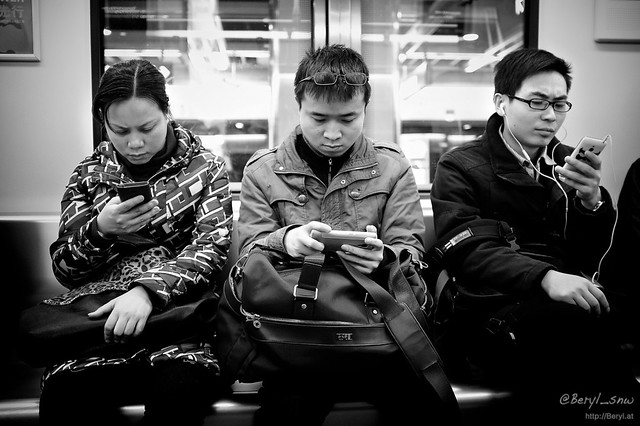 Photo by @Beryl_snw In China, which has some 750 million Internet users, many people begin their day by checking an air quality app.

This technological drive in China is coming from places most people have never heard of. To the uninitiated, Silicon Valley might seem like the center of the technological universe. Those of us in Asia, though, know the real heavy hitters are in places like Hangzhou and Shenzhen. These cities are where the world’s largest technology companies, like Alibaba and Tencent, are based. China is also home to more Internet users than any other country in the world. According to China Internet Watch, the country has 751 million current Internet users, more than the entire population of Europe. Technology has entirely changed the make-up of Chinese society, providing access to products, services, and ideas unimaginable only a decade ago. Today in China, if it’s not online it doesn’t exist. People buy clothes, food, cars, and even private islands, online. Physical cash is now obsolete in most places.

Cater Zhou, a social entrepreneur and founder of Hi-In, an online job search and counseling company based in Shanghai, notes technology’s centrality and evolving role in society. “It’s part of who we are as a people now. You don’t leave home without your phone.” Companies, products, campaigns, and ideas are starting to see diminishing returns as they try to compete in this increasingly saturated space. Technology is no longer a guarantee of success. Savvy products must address more than just the latest fad. “Being a cool tech company isn’t enough anymore,” Zhou says. “Now, you have to be cool and do good.”

Technology companies are responding to this demand through the sphere of social and environmental wellbeing. A movement towards using tech for good is following the country’s exponential rise in information technology in three big ways. Alongside air quality monitoring apps are real-time data trackers for factory emissions, wastewater and effluent discharge, and individual carbon footprints. Secondly, the Chinese government is capitalizing on technology in its efforts to green the country’s manufacturing sector and with it, global supply chains. Lastly, from grocery shopping to food waste, fitness to healthy lifestyles, technology is also addressing a number of other issues indirectly linked to protecting China’s environment.

Technology was certainly part of the vanguard in China’s fight for the environment. Early on, Beijing-based nonprofit Institute of Environment and Public Affairs (IPE), led by world-renowned environmentalist Ma Jun, began providing realtime tracking of China’s factories. IPE monitors air and water pollutants by province and factory using an aggregate of governmental and factory audit records, environmental quality indicators, and factory-level emissions data. It has been instrumental in strengthening environmental and governance reporting and pressuring national and local government officials to address the issue of pollution. In fact, the Chinese Central Government and Environmental Protection Bureau use IPE data to deal with polluting factories.

Then came the air quality trackers. These seemed to, overnight, turn everyone into a meteorologist and brought terms like PM2.5 into normal conversations. The sharing economy is also jumping on the tech-for-environment bandwagon. Mobike, one of China’s homegrown bike sharing success stories, tracks how much carbon a rider offsets while cruising around. This is a fun way to educate and inform its estimated 100 million users, all while reducing the environmental impact of the individual commuter.

On an even larger scale, the Chinese government is doubling down on technology to green its manufacturing sector. Long seen as the world’s factory, China is evolving towards a more service-oriented, import-driven economy. To spur this, President Xi Jinping has called for a “robot revolution.” His intent is to automate the country’s factories, thus improving efficiencies across the entire global supply chain. Southern Guangdong Province, across the Pearl River estuary from Hong Kong, is the center of the country’s manufacturing industry. It’s home to the likes of giants Foxconn and Huawei, as well as supplier factories for Walmart, Target, and most other global retailers. Guangdong is also where the local government is investing $150 billion over the next three years to subsidize the purchase of industrial robotics. The goal? By 2020, they plan to automate 80 percent of the province’s factories. In so doing, factories will reduce waste, improve energy usage, and better comply with China’s strict environmental regulations. Officials are also hoping automation will help encourage movement of blue-collar workers into more service oriented, white-collar jobs.

Lastly, technology is being used to tangentially address a number of environmental issues. Food safety and provenance are a critical concern for China’s consumers. A number of food-related scares, including the notable melamine scandal of 2008, mean shoppers want to know exactly where their products are coming from. The grocery chain Metro Supermarkets China, through their supplier Star Farms, has created a mobile app where shoppers can scan a particular produce item in store to learn about every step of the product’s lifecycle, from planting, to harvest, to delivery, including who handled the product at which stage. With such levels of transparency there is little room for unscrupulous environmental practices.

The Chinese restaurant industry is also developing a number of applications to monitor and reduce food waste, which is a huge problem in the country, with consumers throwing out 15-20 million tons of food per year. While this pales in comparison to the 60 million tons of food Americans waste each year, it’s still enough to feed 30 million people. Such stronger monitoring mechanisms will reduce the strain on food security and the agricultural supply chain, especially as 800 million more Chinese enter the middle class over the next decade.

A country of constant iteration and innovation, China is already on to the next frontier — exploring even newer ways to capitalize on technology for good. Bolun Li, founder of social change startup Diinsider, says data shows an uptick in development of online programs and apps to address gaps in the educational system. Environmental concerns are also turning from air pollution to resource and waste management. About a quarter of the requests for funding coming in to Diinsider involve local-level solutions to environmental issues. This is testament to the power of technology to inform and provide transparency for the everyday Chinese citizen.

Yann Boquillod, Director of global air quality monitoring application IQAir Air Visual, notes: “Big data and artificial intelligence are bringing innovative ways to solve environmental problems” beyond just China. “A number of start ups have jumped onto the opportunity to bring solutions that will help to solve not only China’s concerns, but also some of the world’s environmental problems.” Boquillod cautions, however, “while new technologies enable new solutions, the government still needs to develop policies that will favor the implementation of those environmental solutions.” Finding the right nexus between technological private players and the public sector will prove critical to continued progress.