Hemp: The Next Billion-Dollar Cash Crop?

The US market is already well ahead of the politics of legalizing cannabis farming
This essay is adapted from Hemp Bound Dispatches from the Front Lines of the Next Agricultural Revolution, Chelsea Green, 2014
Doug Fine

From the perspective of a patriotic American who’s just researched hemp’s potential from Canada to Hawaii, Germany to Colorado, things are moving from fantasy to reality so quickly that it’s kind of making me believe in a societal version of The Secret – ask for what you think’s best for your nation’s economy, the planet at large, and your children’s future, and you will get it. 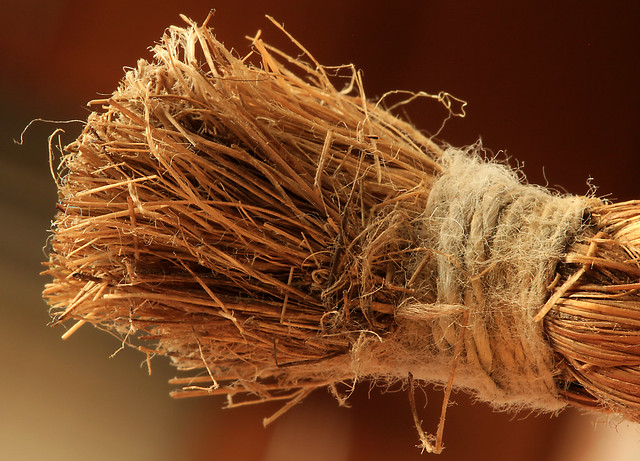 photo by arbyreed, on FlickrHumans, after a seventy-seven-year break, are returning to one of the most useful plants ever bestowed on them.

My excitement is perhaps best described this way: Ten months ago, I was shocked that Congress was even discussing hemp seriously. Suddenly I’m confident that future editions of my book Hemp Bound will be printed on US-grown hemp paper. In fact, my book you’ll meet two of the farmers who will be making it happen. It’s been a dream since my I wrote my first book that not a tree would have to perish in order for me to publish – particularly since the idea of a sustainability author printing on shredded forests for some reason felt a little ticklish to me. Smarty-pants audience members were always asking me about that at live events, especially at those dang college talks. Now it looks like the paper itself will soon be soil-fixing.

Humans, after a seventy-seven-year break, are returning to one of the most useful plants ever bestowed on them. And it happened while I was in the middle of writing about said plant, so I had to stick this note in here to hammer home the point that by the time this book hits shelves and e-readers, we might have hemp drapes in the White House Situation Room.

I mean for practical reasons. Hemp fabric is less flammable and longer lasting at a lower cost than the leading brand. So when you see farmers, energy companies, and policy makers from places like North Dakota and Kentucky expressing outrage in these pages about their inability to capitalize on the production side of the exploding worldwide hemp phenomenon, you can bet they’re rubbing their palms together now, just a few months later.

That’s because the US market’s well ahead of the politics. It is expensive to have to import hemp. The plant is popular enough to do it, but it’ll be a pleasure not to have to, folks in the business tell me. Which is to say, people are already making real wampum from hemp.

As John Roulac, founder and CEO of Richmond, California–based Nutiva, the seventy-million-dollar company that makes omega-balanced and mineral-rich hemp seed oil, puts it, “Our company has doubled in size each of the past two years, has been growing 41 percent per year since 2006. Inc. magazine named us one of its fasting-growing companies in 2010. That’s only going to continue. Look for hemp to grow fencerow-to-fencerow in the heartland. It’s going to displace the corn and soy duopoly in the American Midwest.”

While I’ve got you thinking big picture, and before we launch into the plant’s most lucrative digital age killer apps, I thought it might be helpful to include a quick, explicit definition of hemp. That’s because it’s finally sunk in, after several years spent researching an industry that’s indeed growing 20 percent a year (and that’s just the hemp seed oil market), that such growth means a lot of new people are coming to the topic all the time. These folks will want to know what exactly this plant is we’re discussing.

Even some of 2014’s US farmers will be fresh to the species, given that Canada’s cultivators can’t keep up with demand, meaning a much-needed cash crop is ready to roll Stateside. Now. The North American industry is growing like feral hemp in a Nebraska ditch.

Hemp includes all varieties of the Cannabis genus that contain negligible amounts of THC (a component of the cannabis plant that can be intoxicating when heated). It is synonymous, as we’ve said, with industrial cannabis and in fact has been used in industry for so long that linguists can trace when and where key language changes occurred based on a culture’s word for the plant.

Cannabis is a dioecious plant (there are males and females), and branches are covered with hand-like leaf fans. Originating in Central Asia, hemp has a four- to six-month growing cycle and has been successfully cultivated on every continent except Antarctica. Mature plants range from two to twelve feet tall, depending on variety.

There are two main reasons the plant is important to humanity: It feeds us and it protects us. The seed oil, as we’ll see in a Canadian study I visited in the lab, is an incredibly nutritious protein- and mineral-rich source of essential fatty acids. And the fiber is freakishly strong. When you slice a hemp stalk in half, you’ll see, nestled in a snug hollow tube, a long, string-like band running the length inside. This is hemp’s famous bast fiber. Cultivated correctly, it’s stronger than steel. So when I say hemp protects us, I mean it has done so from the time of our earliest and still most durable clothing and shelter right up to our next-generation body armor.

Okay. So now as I rattle off all the hempsters’ favorite historical uses for hemp (which, really, is a way of showing how patriotic and conservative their view is, how history is on hemp’s side), you’ll know the reasons why.

Thomas Jefferson famously wrote his Declaration of Independence draft on hemp paper, and Betsy Ross’s first flag was made from the plant. Early Virginia colonists were ordered to cultivate industrial cannabis and could even pay their taxes with harvest shares. More recently, a 1938 Popular Mechanics article that’s become legendary among hemp boosters presciently called hemp “the billion dollar crop,” and extolled its bafflingly strong fibers’ twenty-five thousand industrial uses, half a dozen of which we’ll be looking at in this book.

Really all of this is most elegantly expressed in that Shinto coronation ceremony. The message is, “Bring the hemp with you.” It’s what anthropologists call a camp follower – it was toted nearly everywhere as humans traipsed around the globe.

Which is actually good for the US industry, according to hemp agronomist Anndrea Hermann. Rather than relying on feral Nebraskan ditch weed, “Farmers in Kentucky and Colorado can look for varieties that have worked in climates similar to theirs.” An Uzbek cultivar, for example, might be perfect for Illinois, where as a state senator Barack Obama voted twice for hemp cultivation.

West told me that a century before Hemp for Victory, the US Navy was so desperate for hemp rope that the federal government began contests, in the 1840s, for the production of high-quality fiber strains that could compete with the then-standard-bearing Italian and Russian varieties that taxpayers were being forced to expensively procure.

“Missionaries sent back Chinese hemp, farmers blended it with the more coarse European strains we already had, and the result was the finest hemp in the world,” he said. “It’s generally called Kentucky hemp, but there were many named varieties with specific properties that were well known and widely marketed for more than half a century. Government-run breeding programs continued until the 1930s.” USDA-researched strains had names like Kymington, Keijo, and Yarrow.

Read a conversation with the author…

And so was birthed an industry that employed thousands, earned millions, and spanned a dozen states by the turn of the twentieth century. Kentucky’s first millionaire, Lexington’s John Wesley Hunt, made his pile in the 1840s weaving his hemp crop into rope, according to the Lexington Herald-Leader.

For a solar-powered goat herder like me, it’s worth noting that, according to the Canadian government, hemp can be cultivated with almost no pesticides (though as we’ll see, there’s a bit more to that story than that).

For those who were raised, as I was, on “Just Say No” era rhetoric: You can’t possibly confuse industrial cannabis with psychoactive cannabis, for a number of reasons.

For one, hemp grows in vast, dense fields of thin, stick-like plants (as opposed to the flower-heavy, manicured prima donna social/medicinal cannabis plants). Even more crucially, hemp’s pollen will immediately ruin a psychoactive cannabis crop, by diluting the psychoactivity that, as President Obama so eloquently pointed out in describing his own affection for the plant, is “the point.”

In fact, this is why when California passed a terrific bit of industrial cannabis legislation in 2011 with bipartisan and local law enforcement support (inexplicably vetoed by Governor Jerry Brown), it called for cultivation only in counties (incidentally, very politically conservative counties) that are far from the Emerald Triangle region in the northern redwoods that’s known worldwide for its top-shelf psychoactive cannabis.

Also, eating, drinking, wearing, or sleeping in a house made of hemp will never cause intoxication, nor THC to show up in a urine test. Young children can safely eat and drink hemp oil and other hemp food products. All are as healthy and inert as flaxseed and cod liver oils.

In the real world, would you care to know how many cases of hidden or accidentally psychoactive cannabis plants have turned up in the course of Canada’s decade-and-a-half-old and burgeoning hemp industry, according to Hermann, who does the testing and inspecting in the province of Manitoba? Zero. “There’s no confusion,” she told me. “We’ve been at this for fifteen years now. Everyone recognizes hemp’s great value to farmers and the country.”

This excerpt is printed here with permission of the publisher, Chelsea Green. Chelsea Green, now in its 30th year in business, is looking to do more than just publish a book about hemp and its agricultural and economic potential. It’s looking to help get hemp seeds in the ground and a crop to market this season, if possible. It’s working to find a farmer in Colorado whom it can provide a direct cash subsidy to help them have a successful season, and help to show the rest of the country hemp’s potential and why it should be legal to grow in all 50 states.