Hawaii’s Snail Extinction Crisis Appears to Be Speeding Up

With the loss of a species on New Year's Day, scientists are racing to save the islands' other unique snails before it's too late.
John R. Platt

This article originally appeared in The Revelator.

The first extinction of 2019 was a snail named George.

George, the last individual of a Hawaiian tree snail species known only as Achatinella apexfulva, died New Year’s Day in a laboratory on Oahu, where he had been a bit of a local celebrity. “He was featured in many newspaper, magazine and online articles, and hundreds of school children and visitors to the lab eagerly viewed him, the last of his kind,” the Hawaii Department of Land and Natural Resources wrote in announcing his passing.

Once widespread and admired for their beauty, Achatinella apexfulva (a hermaphroditic species, despite the masculine name and pronouns) was nearly wiped out decades ago by an overzealous industry that collected and strung together their shells into traditional leis.

“The species was actually thought to be extinct quite some time ago,” explains David Sischo, a biologist who coordinates Hawaii’s Snail Extinction Prevention Program. “Then, in 1997, a small population was rediscovered in a couple of trees along a hiking path on Oahu.” The last 10 snails were brought to a captive-breeding facility, where they reproduced, giving birth to George and a few other baby snails.

The success didn’t last long. “Unfortunately there was a pathogen or something — we’re not sure what — and all of the population died except for this one,” Sischo says.

Now — after 14 years living in captivity — George, too, has died. No other members of the species have been found in the wild in the years since, so the species is almost certainly extinct.

George may have been alone for most of his life, but his situation wasn’t unique. Dozens, if not hundreds, of other unique Hawaiian snail species could soon follow in his slimy trail.

Hawaii, often referred to as the “extinction capital of the world” for its high number of unique and endangered species, has already lost hundreds of snail species due to overcollection, invasive species and other threats. Although a lot is being done to protect what’s left, the snails’ disappearance appears to be speeding up.

“It’s pretty shocking how fast this extinction event is happening,” Sischo says. “Based on the declines that we’ve seen over the past two years, we expect all of our large tree and ground snails — at least, most of the populations that are left — to be gone within one to ten years.”

Sischo reports that many snail populations have vanished practically in front of his eyes. “We’ve had many instances where we were, like, five minutes too late,” he says. “There have been times when we’ve just wanted to cry because we’ve gone back to a place where we were expecting to find hundreds of snails and we found ten or zero — and it was the day we’d actually gone to bring some of them into captivity to save them.”

The declines can mostly be attributed to invasive predators, including rats (Rattus rattus) and other rodents, Jackson’s chameleons (Trioceros jacksonii), and, ironically enough, another snail — a predatory species called the rosy wolfsnail (Euglandina rosea) that was imported from Florida. Compounding the irony, the wolfsnail was first imported to Hawaii in the hopes that it would eat another invasive species, the giant African land snail (Lissachatina fulica), which was consuming crops on the islands.

Sischo says virtually all of the recent native species population disappearances correspond to the appearance of the predatory rosy wolfsnail in areas where it’s never been seen before.

“We’re not sure if climate change is allowing them to get up into these remote, high-elevation areas where maybe they’ve had some kind of temperature barrier, of if it was just a matter of time before they got there,” he says.

The most successful stalwart against these threats is the program Sischo runs. The team is constantly on the move, traveling to new areas to survey known populations, find remnant populations, run predator-control programs such as predator-proof fences, evacuate threatened snails from vulnerable sites, breed snails in a lab, and return those captive-bred snails to the wild to boost natural populations.

They do it all with a five-person team, the occasional intern, and an extremely limited budget, while working in conjunction with a long list of federal, state, and private partners.

He admits that the inability to save more snails from extinction weighs heavily on them. “We’re just trying to stop the bleeding,” Sischo says. “It’s a significant burden on all of us, but we take it really seriously and are doing the best we can.” He adds that their success, especially the captive breeding and reintroductions, keep them going for the long fight ahead.

Meanwhile some conservationists hope that other news may get even more people interested in Hawaiian snails and inspire additional effort to conserve them.

For several years now, it has been said that 90 percent of Hawaiian land snails are already extinct. That would have left the islands with around 75 out of 752 recognized species.

But a paper published in the December 2018 issue of Integrative and Comparative Biology changes that. It contains the results of 10 years’ of surveys of the Hawaiian Islands’ native snails and documents about 200 species that still exist. The paper, by Norine Yeung and Kenneth Hayes of Honolulu’s Bishop Museum, even documents the existence of several species that had been thought to be extinct, many of which live in remote mountain areas only accessible by helicopters.

“Just in the Amastridae genus, we put 22 species back on peoples’ radar, including one on Molokai, where they were thought to be totally extinct” says Yeung. “It hasn’t been seen in more than 50 years, and we found it.”

The authors say rediscoveries like that can energize conservation efforts — and re-energize individual conservationists.

“When we are watching things go extinct literally month to month, it’s probably the most defeating and depressing feeling,” Hayes says. “But to find things that still exist … that just tells us that that we’re doing is worthwhile and that we should keep doing it because hope hasn’t been lost.”

Of course, rediscovering a species or remnant population only to find out that it’s critically endangered creates a whole new level of stress. “It’s a bit anxiety-inducing, because you’re like, here’s the last five,” Hayes says. “What do we do?”

That’s a big question since, despite the success to date in captive-rearing some species, we don’t know much about what most Hawaiian snail species need to survive in the wild or in a lab.

“We know almost nothing about their life histories,” Yeung says. “We don’t know if they prefer particular plants, if they reproduce once or twice a year, how long they live, what they eat … all of those things are absent in our knowledge of these snails.”

That’s why focusing on the threats remains of paramount importance. “We’ve got to stem the tide of extinction,” Hayes says. That means everything from restoring habitats to building predator-proof fences to exploring ways to remove the predators in the first place.

It also means, as Yeung and Hayes’s paper puts it, that it’s important to change the public perception of snails “beyond the creepy, crawly, slimy things” that get an “ew” reaction from most adults — and therefore a hard pass from most research- and conservation-funding agencies.

Yeung, for example, works to bring young kids into the conservation fold. “When I’m talking with second and third graders, they think insects and the snails are really cute and cool and they know how important they are.” The museum builds on this effort with internships, senior-citizen volunteers, and other efforts to help people feel like they can make a difference. They’re also working with Hawaii’s indigenous groups, which place great cultural value on the snails.

“Even with every piece of data that we have, we still can’t fix the problem by ourselves,” Hayes says. “We have to make people outside of science understand the ecological importance of these species and the threats to our environment.”

For now the very thing that makes these Hawaiian snails so vulnerable may also be part of what keeps them going.

“Land snails can persist in very, very, very small areas,” Hayes points out, noting that they have often evolved in microclimates with very specific amounts of sunlight or precipitation, plants, and soil conditions. They may not be able to exist outside of those confines, but inside them they’re often safe. “There could be an area of five meters by five meters and an entire population of a species can exist there for long periods of time — unless in becomes impacted in some way.”

Those impacts are still expected to grow. Invasive species continue to increase their territory and climate change is projected to make things worse. Even if a species is protected by a predator-proof wall, its habitat could still become inhospitable due to changes in temperature or precipitation. Stronger and more frequent hurricanes could also wipe out entire populations or species.

As a result of these threats some species will continue to suffer — or even go extinct — in the years ahead. “We’ve got about 100 snail species on our radar that we know are crashing right now,” Sischo says.

Despite the severity of the problem, Sischo tells me, the extinction threat to these hundreds of species has remained sadly invisible to most people.

Will that finally change with George’s death? Over the past few days dozens of media outlets around the world have covered news of the species’ extinction, bringing awareness of the crisis affecting Hawaiian species to millions of readers and viewers. That matters. In his obituary, the Hawaiian DLNR called George “an ambassador for the plight of the Hawaiian land snails.” Maybe his death will bring attention to the tragic circumstances of this species’ disappearance and help prevent at least a few additional extinctions to come.

John R. Platt is the editor of The Revelator. An award-winning environmental journalist, his work has appeared in Scientific American, Audubon, Motherboard, and numerous other magazines and publications. His “Extinction Countdown” column has run continuously since 2004 and has covered news and science related to more than 1,000 endangered species. He is a member of the Society of Environmental Journalists and the National Association of Science Writers. John lives on the outskirts of Portland, Ore., where he finds himself surrounded by animals and cartoonists.

Life at the End of the National Food Chain

Sitka, Alaska, offsets food insecurity through farming, fishing, and foraging — and an uncommon sense of community. 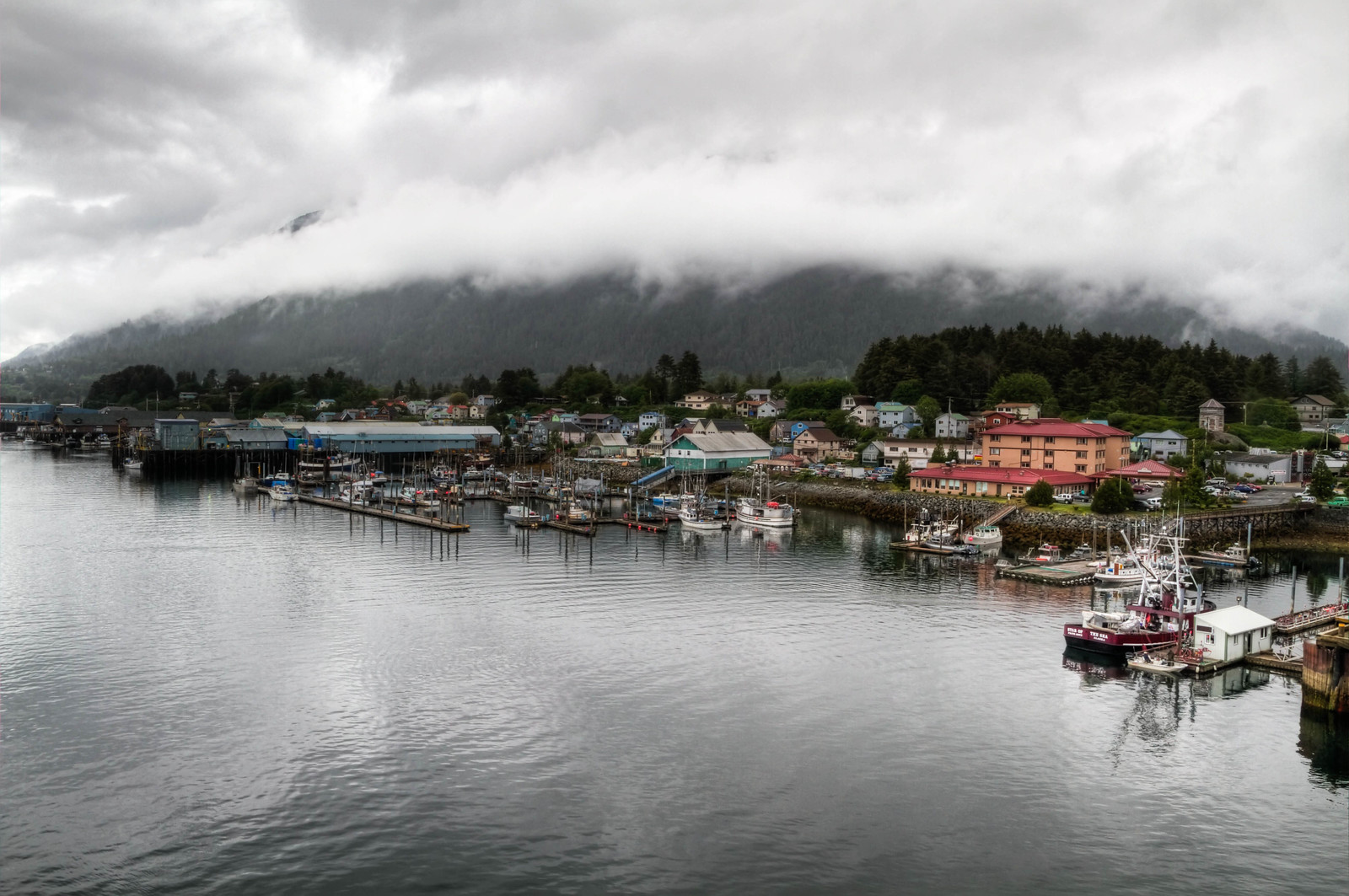 Preserving Our Urban and Rural Wilds for the Next Generation

In Review: Irreplaceable: The fight to save our wild places.
Julian Hoffman
Penguin Books, 2019, 416 pages 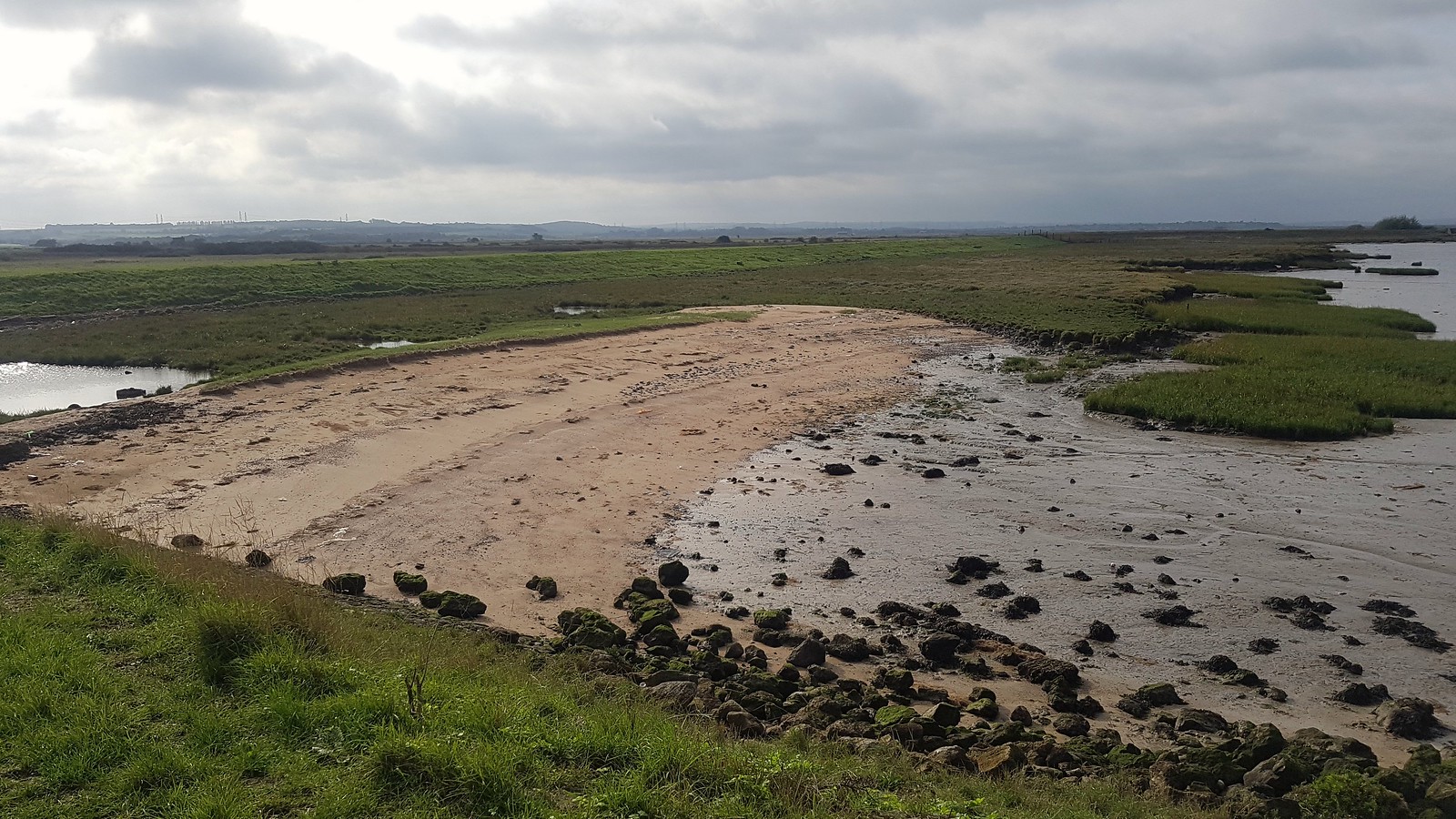 Tens of Thousands Stranded While Attempting to Flee Australia Fires

The movement’s call for political diversity is inevitably, and almost uniformly, answered by liberals.

Mourning a Land Caught in the Crosshairs of Climate Disruption

Many Alaskans are living in a chronic state of shock and sorrow as things unravel around them at warp speed. 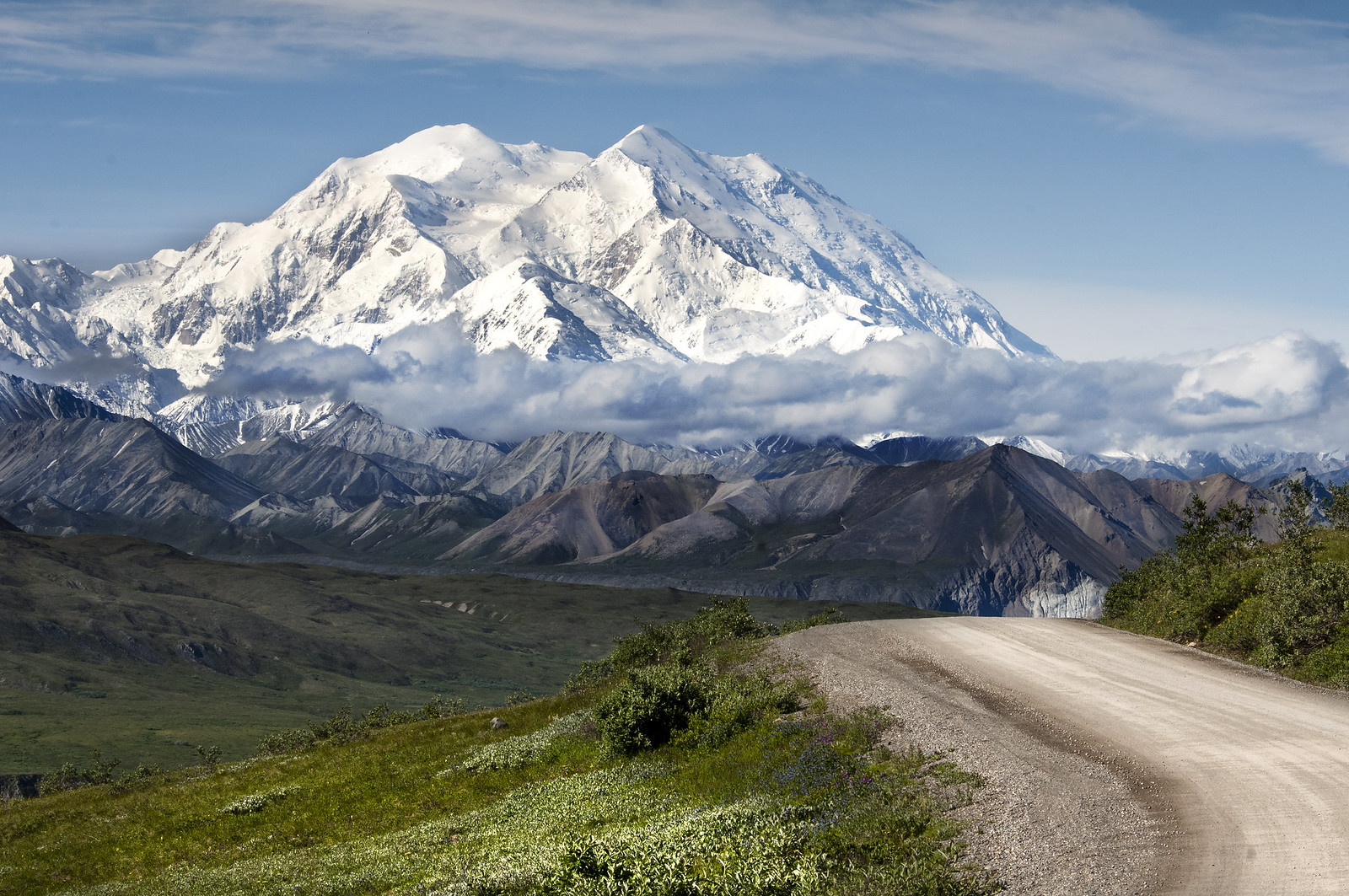 All I Want From Amazon This Holiday

A “bold rather than timid investment decision” to speak up for the trees.