Grizzlies Back on Track in the North Cascades

Washington State’s conservation community was understandably concerned when rumors began to circulate a couple of weeks ago that US interior secretary Ryan Zinke would be visiting the North Cascades to make an announcement about the proposed restoration of grizzly bears. Zinke hasn’t exactly been a champion for nature since he ceremoniously arrived at his first day of work on horseback and overturned a ban on lead ammunition only hours after climbing out of the saddle. Then he began an unprecedented assault on America’s national monuments, which included shrinking Bears Ears National Monument in Utah by an astounding 85 percent. What hope did we have that he’d endorse the long-awaited return of grizzlies to one of the most remote and rugged mountain landscapes in the Lower 48? 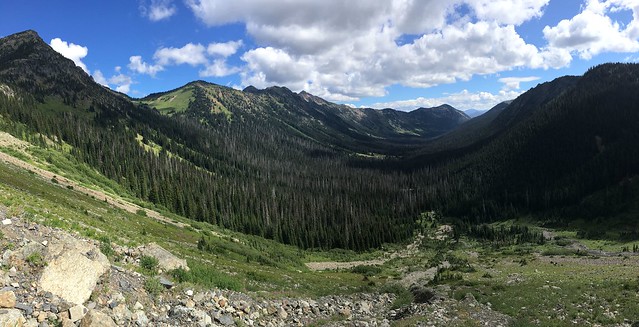 Photo by Robert LongGrizzly bears are at risk of extirpation in the Washington portion of the North Cascades Ecosystem. Although a few grizzlies have been sighted here since 1967, there hasn’t been an officially confirmed sighting in more than two decades.

Well, in this particular case, hats off to Zinke and the horse he rode in on. The secretary apparently holds a special place in his heart for grizzly bears.

“I grew up on the flanks of Glacier National Park, so I’ve dealt with the grizzly bear all my life,” Zinke told a small group of agency personnel and conservationists gathered at North Cascades National Park headquarters in Sedro Wooley, Washington, on March 23. He went on to say that he has directed his staff to accelerate the recovery planning process for grizzlies in the North Cascades — which his agency reportedly halted last December. “I’m in support of the great bear. I’m also in support of doing it right,” Zinke said, adding pointedly that we’re not talking about the “reintroduction of a rabbit.”

True, grizzlies are not rabbits — they reproduce much more slowly, and tend to evoke a far less cordial response from people who encounter them. After Lewis and Clark blazed the trail to the Pacific in the early 1800s, a steady stream of fur traders and other settlers eradicated grizzly bears from the US West, with the last documented kill of a North Cascades grizzly occurring in 1967. Although a few grizzlies have been sighted here since, there hasn’t been an officially confirmed sighting in more than two decades.

The North Cascades Ecosystem remains one of the wildest places in the Lower 48, with 6.1 million acres of mostly public lands connected to additional wildlands in British Columbia. Grizzly bears are also very rare in the Canadian portion of the ecosystem, which is geographically isolated from healthy grizzly populations elsewhere.

The US Fish & Wildlife Service (FWS) added the North Cascades to its national Grizzly Bear Recovery Plan in 1997, but recovery lay dormant for years — despite tenacious efforts by grizzly bear proponents to move the process along. Then, beginning in 2010 and over the next several summers, a team of more than a dozen field biologists (myself included) peppered the region’s alpine landscape with hair-snagging stations designed to detect bears. The result? We found hundreds of black bears and zero evidence of grizzlies. 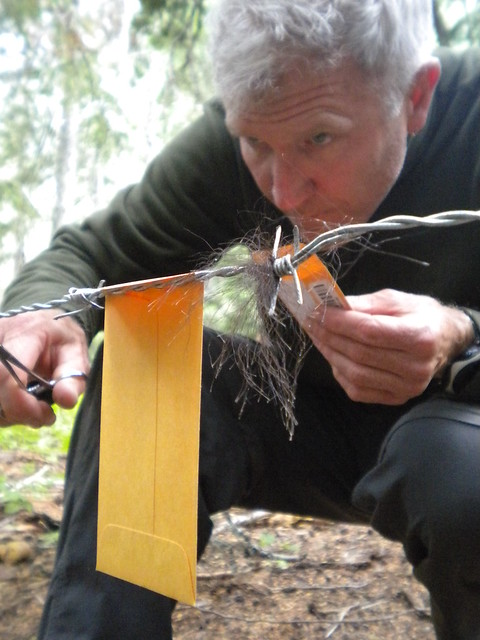 “It’s very obvious to us that grizzly bears in the North Cascades are going to disappear without some concrete actions to protect and restore the population. It’s also obvious to us that there’s only one way of doing that,” says Joe Scott, international programs director for Conservation Northwest. Scott has spent a large part of his career advocating for the reintroduction of grizzlies to the North Cascades Ecosystem.

Grizzly bear recovery finally got legs in 2014, when the FWS and the National Park Service announced a joint three-year process to develop an Environmental Impact Statement (EIS) for the North Cascades grizzly. The draft EIS, published in January 2017, drew 126,000 public comments from around the state — most of them positive, according to agency staff. Indeed, surveys have shown that the majority of Washingtonians support grizzly recovery, although personal safety is a concern for some. As Zinke put it: “The great people of Washington have not hiked around grizzlies before, and so there’s going to be a learning curve of what to do and what not to do.”

Jack Oelfke, Chief of Natural and Cultural Resources at North Cascades National Park and park lead for grizzly bear recovery, highlights the importance of working with people in the region to make sure everyone is heard. “If the final decision involves moving bears in, we need to work with the ranching community and recreational groups and small communities on the edges of and within the ecosystem so that we ensure that we’re addressing their potential concerns.”

Nonetheless, Oelfke is confident that grizzlies can coexist safely with humans — he’s lived and worked among them himself in the past — and feels we have a moral obligation to make sure they don’t disappear from the North Cascades. “This is a great opportunity for a major conservation success. We hope, we think, we’ve got the window now to proceed to get it done,” he says. 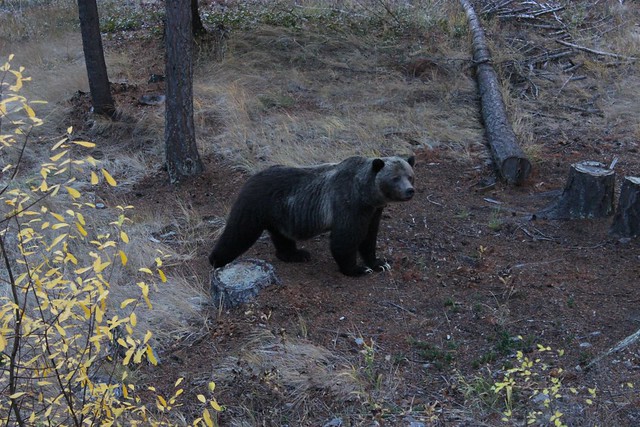 Photo by John Ashley-PriceA rare grizzly photographed in the Canadian portion of the North Cascades Ecosystem.

The draft EIS presents four options for pursuing grizzly bear recovery: a “no-action” alternative (maintaining the status quo), and three “action” alternatives for achieving the ultimate goal of restoring “a self-sustaining population of at least 200 bears” over the next 25 to 100 years. The estimated speed of recovery will depend on the option selected.

No one is sure why Zinke hit the pause button on the EIS in December, but Oelfke says it’s not unusual for a new administration to evaluate what any given agency is doing. “When they became aware of this EIS for a high-profile, charismatic species, their reaction was initially to say, ‘wait a minute.’ Of course, that ‘wait a minute’ kind of dragged on, but then we finally had the chance to do a briefing for them — which they eventually requested, to their credit. The briefing played a pivotal role…in their recognizing the value of this project.”

Now that the EIS process is back on track, Oelfke and his colleagues will begin the arduous task of analyzing and responding to public comments in order to finalize the EIS. After the Final EIS is published, the FWS will release a Record of Decision, which Zinke expects to be completed by the end of the year.

Scott and other grizzly supporters are cautiously optimistic that, in the not-too-distant future, grizzlies will roam free again in the North Cascades. “The fact that Secretary Zinke emphatically endorsed the effort, the concept, and the process is a very hopeful sign to us that we’ll finally accomplish this thing that we’ve been trying to do for 30 years now,” he says.