Earth Island Journal’s summer cover story, “Citizens Afield,” is all about citizen science and how it is contributing to essential research while also transforming our relationships with the natural world and changing age-old ideas about who can do science and how and where it is done. Here at Earth Island Institute, which publishes the Journal, we have several projects that are engaging volunteers with exciting citizen science opportunities. Read on to learn about a few of these efforts. 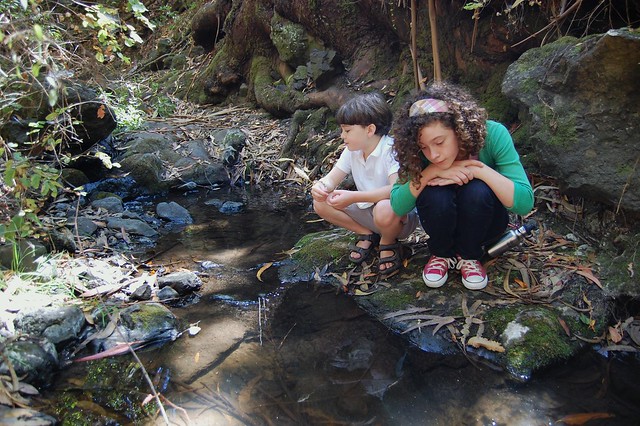 Photo by Patrick BuechnerWholly H2O has held a series of BioBlitzes, citizen science events that bring people to a set location to document flora and fauna, in the San Francisco Bay Area’s Wildcat Creek watershed.

When people hear the word “watershed” it’s natural that they first think simply of water. But watersheds are full ecosystems with many living beings impacting their health and vitality. Water conservation education nonprofit Wholly H2O’s project The Waterhood is reimagining watersheds as neighborhoods, with all living flora and fauna as our relatives and neighbors. The goal? To spread awareness that we all live in a watershed, and that our behavior influences the well-being of our waterhood neighbors.

“Too often we forget that wherever we are, we’re in an ecosystem, and behave as if humans are the only consideration,” says Wholly H2O executive director, Dr. Elizabeth Dougherty. “This encourages humans to be irresponsible in caring for our neighborhoods, forgetting that our actions impact entire watersheds, often to our own detriment. This holds especially true in urban areas.”

In an effort to connect people with their watersheds, and with generous funding from the Creative Work Fund, a program of The Walter and Elise Haas Fund, Wholly H2O’s most recent citizen science program has Bay Area residents and visitors documenting the inhabitants of the Wildcat Creek watershed in San Francisco’s East Bay. Through a series of BioBlitzes, citizen science events that bring people to a set location for a given period of time to document flora and fauna using the app iNaturalist, volunteers are making a real contribution to our knowledge about the watershed.

“It’s such a thrill to see folks, most especially kids, walking through a landscape and noticing, some for the first time, what is living there,” says Dougherty. “That’s our goal. Keep getting to know your watershed neighbors. Your life depends on them!”

The Waterhood project doesn’t stop there. Live media artist Ian Winters, together with the Lightbulb Ensemble, is creating a visual and sound performance using the BioBlitz data. The program is a dynamic partnership between funders, Wholly H2O, citizen scientists, and artists.

Wholly H2O launched its first citizen science program, Monitoring Change — Rim Fire, in 2013 after the massive Rim Fire burned 257,314 acres in the Tuolumne River watershed. The program was created in partnership with the National Forest Service and Nerds for Nature. Anyone with a camera can participate, monitoring regrowth after the fire at 12 sites in the Stanislaus National Forest. The project has amassed hundreds of photographs over the past five years. Given the national forest’s proximity to Yosemite, citizen scientists come from all over the globe to participate.

Burrowing owl populations are on the decline in California and across North America. In the San Francisco Bay-Delta region, their numbers decreased an estimated 50 percent between 1980s and and the early 1990s and have decreased another 28 percent since then. These tiny owls, the only raptor in North America to nest exclusively underground, face threats from invasive plants, “pest” control of ground squirrels and other burrowers that create the underground burrows they nest in, and most of all, from urban development and resulting habitat loss. 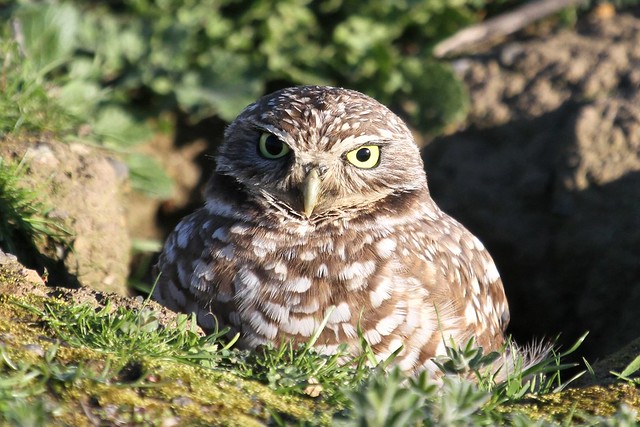 The Urban Bird Foundation is taking action on behalf of the birds, engaging concerned citizens in the greater San Francisco Bay Area and Sacramento region in its Burrow Watch program. Volunteer citizen scientists receive training through the program, learning how to monitor burrowing owls in their habitat, and how to document the owls, their burrows, and their activities through both photos and videos. Citizen scientists also scout new locations that owls might be living in and perform initial site surveys of these habitats. On top of that, they identify and watchdog potential development projects that might pose a threat to burrowing owl populations.

The documentation provided by volunteers is a critical part of Urban Bird Foundation’s work. It allows the nonprofit to implement its on-the-ground conservation work protecting burrowing owls and other wildlife in the Golden State.

Shark Stewards has been engaging with citizen scientists since 2006 and currently has two active citizen monitoring projects. Through Shark Watch, volunteers document shark sightings and shark strandings, as well as any instances of sharks caught by fishing nets and lines, with a focus on the San Francisco Bay. Data is tracked through iNaturalist, an online platform and social network allowing biologists and citizen scientists to log and share data. Shark Watch participants also monitor eelgrass habitat — a preferred forage habitat for hound sharks and rays in the San Francisco Bay — through dive surveys, as well as with the Trident ROV drone. The program has sparked an Australian Shark Watch spinoff, as well as a recently launched a Borneo Shark Watch in Sabah Malaysia where Shark Stewards is documenting shark populations in the wild with volunteer scuba divers.

Shark Stewards also participates in the MPA Watch project for offshore California marine protected areas with the California MPA collaborative network. Through this project, volunteers use the Trident ROV drone to document and identify species in state marine protected areas. The data is used to monitor species populations in these regions, assess how human use of protected areas is changing as a result of MPA implementation in California, and monitor changes over time in these regions. By involving local communities in this important work, MPA Watch programs inspire and empower stewardship and educate citizens about California’s ocean ecosystems.

The Gulf Coast region is one of the largest petrochemical producing regions in North America. Long recognized as an environmental justice region, residents here are exposed to many toxic pollutants through their lives, and suffer chronic illnesses from living in proximity to refineries and petrochemical processing plants. After the 2010 BP disaster, coastal residents, response workers, and visitors realized that the oil and chemicals used in spill response were in the air they breathed and the ocean where they swam — and that these oil-chemical pollutants were making them and their children sick.

Photo by US Coast Guard photo by Petty Officer 1st Class Patrick KelleyALERT brings science to at-risk communities in the Gulf Coast, one of the largest petrochemical producing regions in North America.

ALERT’s Toxic Trespass Training Program, which currently focuses on the Gulf Coast region, takes science where people need it the most: to at-risk communities. The trainings are developed for and with at-risk populations, ensuring scientific and medical information is accessible. The program aims to increase citizen scientific literacy through science-based trainings, build citizen scientific competency through peer-led trainings, and increase scientific capacity by creating local plans to monitor and minimize toxic exposures. ALERT also envisions a citizen science component to the program, including guided use of mapping tools, chemical databases, and public health data so that at-risk communities can assess and monitor community health and toxic threats.

“At its heart, our program is about building local capacity and leadership to give people knowledge and skills to determine how the residents want to act together to reduce toxic exposures and to get proper diagnosis and treatment for chemical illnesses,” ALERT director Riki Ott says. “Our training program is the foundation that supports informed visits with health care providers and collecting, understanding, and using science data to effect change.”

Partners in Houston, Texas have teamed up to conduct Toxic Trespass trainings in their communities. Texas Environmental Justice Advocacy Services subsequently developed a community air monitoring program with Statistics for Action and the Environmental Integrity Project. Achieving Community Tasks Successfully is working with the Port of Houston to bring awareness of health risks from industrial pollution.

Plastic Pollution Coalition has more than 700 member organizations, and many use citizen science to reduce plastic pollution. These include groups that are charting litter all over the world via n app called Litterati; youth in the Bahamas who dissect fish, learn about microplactics, and turn that knowledge into action by working with local government on solutions; and folks who are gathering water samples from all over the world as part of a multi-year global study on coastal and ocean microplastic pollution.

The last initiative, involving global water samples, could not have been possible without citizen scientists, who collected more than 1,300 water samples for analysis. The results of the study were published this month in the journal ScienceDirect.

Learn more about Earth Island Institute and the diverse environmental projects it supports.