Natural forests shaped by humans use that were abundant in edible plants and animals once encircled most Japanese villages.

Excerpted from Eating Wild Japan: Tracking the Culture of Foraged Foods, with a Guide to Plants and Recipes.

I followed Kazuhiro Koriki, a 58-year-old nature guide at the Afan Woodland Trust into the forest. The Afan Woodland is akin to what the Japanese call satoyama: neither wilderness nor tree farm, but instead a natural forest shaped by human use. 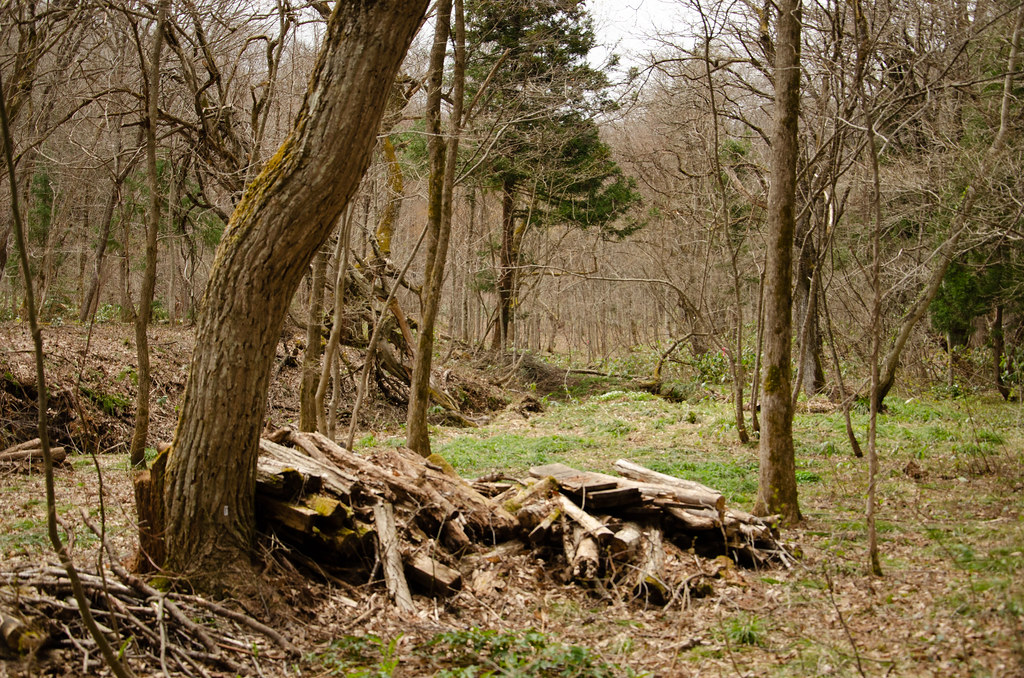 In spring, before leaves bud out in the canopy, the Afan Woodland’s floor flourishes with sun-loving spring flowers and herbs, including many edible ones. All photos by Winifred Bird.​

The land was originally covered in mixed deciduous forest, but by the time Welsh-born Japanese citizen Clive Willian Nicol established the Trust 35 years ago, those trees had long since been cleared and replaced with a conifer plantation, which in turn was eventually abandoned. Nicol restored it to a mixture of mostly deciduous trees. His forester regularly cleared brush and dead wood and selectively harvested trunks for use as firewood, charcoal, and mushroom logs, creating a much brighter and more open woodland than would exist were it left untouched. Especially in spring, before leaves bud out in the canopy, the forest floor flourishes with sun-loving spring flowers and herbs, including many edible ones.

Similar satoyama woodlands once encircled most Japanese villages. Villagers relied on them for fertilizers and mulches made from leaves and young branches, as well as for firewood, wild foods, craft materials, and other essential elements of daily life. The constant and intense use of these areas in effect held back their natural succession toward denser, darker climax forest; in many places where evergreen broadleaf forests would eventually have grown, open deciduous woodlands instead remained, “frozen” by human intervention as relics of Japan’s cooler climate during the last Ice Age.

Beyond this ring of woodlands lay wilder forests where hunters stalked bears and boars leery of stepping into the garden-like satoyama. In a sense, satoyama landscapes were similar to the vast tracts of land in North America that Native people once managed through controlled burning and other methods to increase populations of edible plants and animals. For the most part, these distinctive half-wild, half-managed ecosystems declined in Japan in the decades of modernization after World War II.

During the period around the 2010 United Nations conference on biodiversity in Nagoya, Japan’s Ministry of the Environment aggressively promoted the concept of satoyama as a global model for sustainable forest management. It was a rather ironic strategy, given the government’s past role in the demise of satoyama via the subsidized clearing of village woodlands and planting of tree farms. 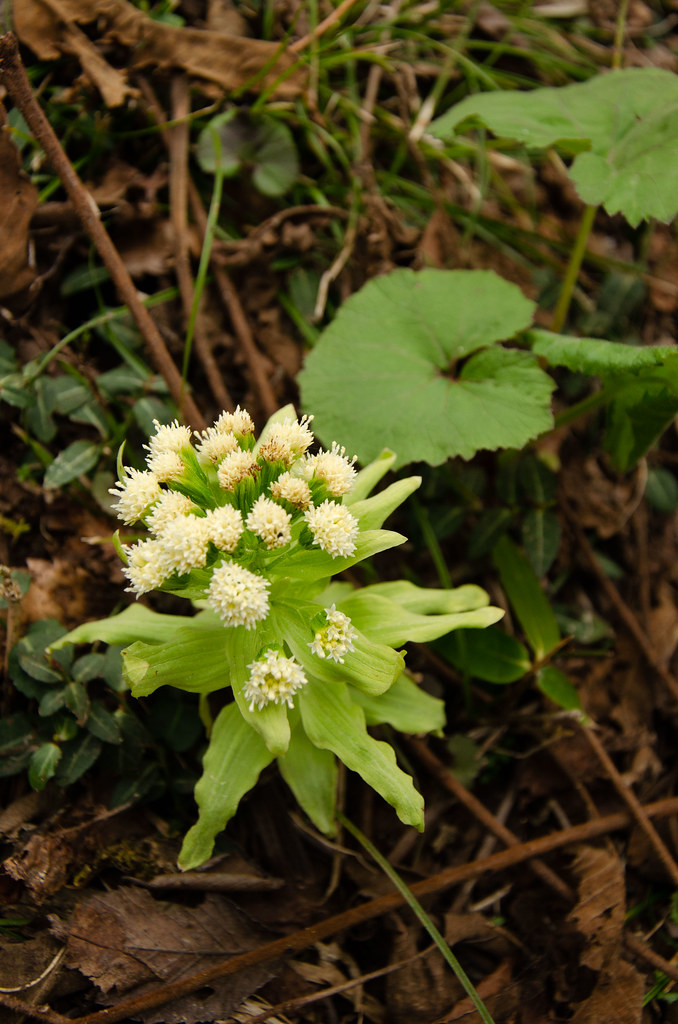 Japanese butterbur (Petasites japonicus), locally known as “Fuki,” thrives in woodland areas and in moist soil around streams and ponds. 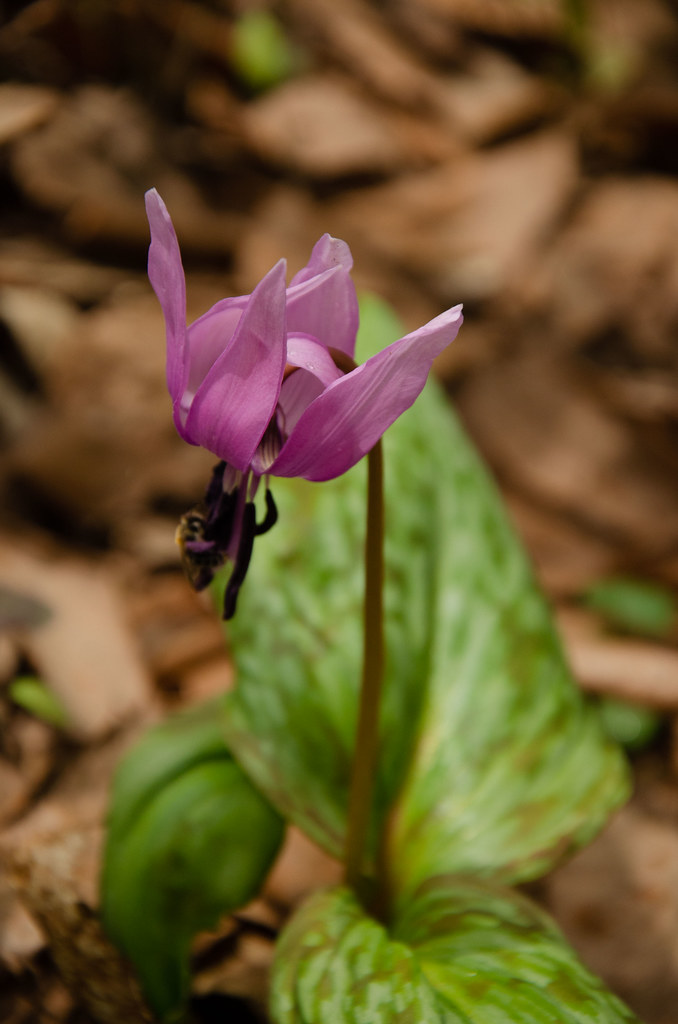 Katakuri (Erythronium japonicum), also known as Japanese dog’s tooth violet and the trout lily, is an herbaceous perennial whose flowers, leaves, stems and bulbs are all edible. 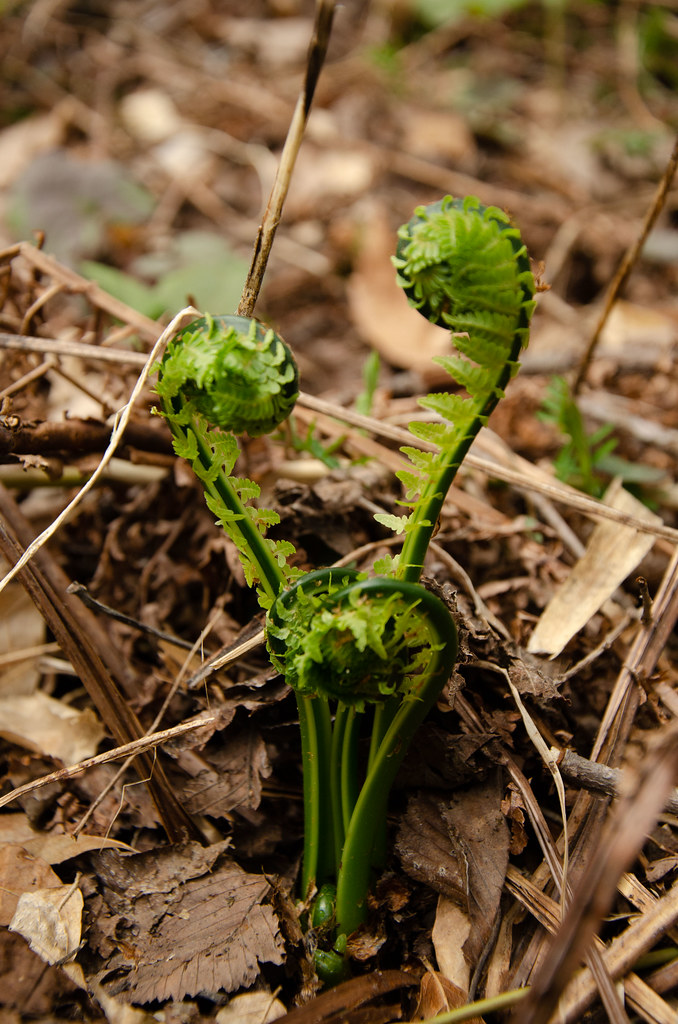 Kogomi, or the fiddleheads of ostrich ferns (Matteuccia struthiopteris), are commonly harvested in spring. 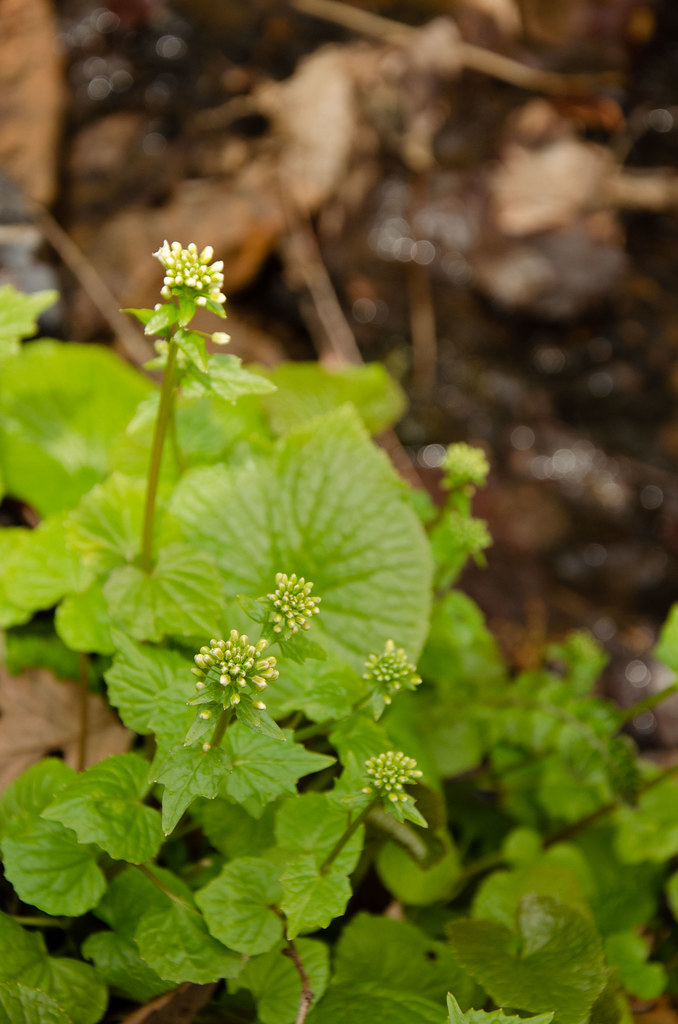 I wrote a number of lengthy articles on the subject, and in doing the interviews for these articles I found that many older country people talked about satoyama woodlands with a particular nostalgia and pining emphasis on their loss that I never fully understood. Walking through the forest with Koriki that day, I finally did.

The Afan Woodland was bright and open, even the slightest bit empty-feeling. Its floor was a carpet of fallen leaves and flowering edible things growing between large white and gray-brown trunks. Here and there, a stream brightened by wasabi leaves or marsh marigolds trickled along. This pleasant woodland room was easy to walk in and see through to a distance. It was the kind of place one wanted to stay in, to lie down among the flowers and nibble on wild leaves. Yes — to lose this would feel like a tragedy, especially if one lost it to the dark, morose stands of overcrowded timber trees that now cover so much of rural Japan.

As for edible plants, they were abundant to the point of extravagance. Fuki (butterbur) were everywhere, hundreds or maybe thousands of them, their soft, round leaves carpeting huge sections of the forest floor. Most were just past the tasty stage, their flowers already open and beginning to shoot up on leafy stems. Koriki bent over to show me the powdery pollen on the flower buds, noting that it was crucial in terms of flavor to catch them before this stage. Provided the timing was right, however, one could pick as many as desired without concern for decimating the future supply; the flowers are connected by a network of strong roots ready to send up more no matter how many are taken.

By contrast, the sprawling patch of kogomi fiddleheads that we found beside a stream, tender and vibrating with new life, were more vulnerable to overharvest. In each clump where the brilliant green curlicues pushed up from the ground, Koriki instructed me to leave three shoots—and hope no one followed behind to harvest these. This would allow the patch to produce even more the following year.

As we wandered along, we also picked tender, garlicky gyoja ninniku (alpine leeks) and a few sprigs of yomogi (mugwort) and handfuls of young kanzo (daylily) leaves.

Koriki was interested in the health-giving qualities of sansai, as the Japanese call wild mountain vegetables. As we walked through the woods, he noted that the impulse to eat these often bitter or pungent plants is not limited to humans. Bears, for instance, spend the long winter hibernating with their waste built up inside them, and when they come out in spring, they purposely seek out poisonous plants such as skunk cabbage to purify and cleanse their system. In the same way, he said, humans instinctively eat bitter wild plants in spring to detoxify their bodies after a long winter.

Botanist Thomas J. Elpel writes, along the same lines, that in the West “dandelion leaves(Taraxacum) are known as a ‘spring tonic,’ used to cleanse the liver after a long winter of eating hard-to-digest foods.” When I lived in Japan, I often noticed this marked preference among country people for bitter spring plants. I used to love the mild, spinach-like leaves of nazuna that covered the farm fields around my house in early spring, but most of my neighbors showed little interest in these. Instead they sought out fuki buds, which to me were almost inedibly bitter, or the marginally more palatable yama-udo. (This fondness for bitter foods is not limited to sansai; my Japanese ex-husband used to chastise me for refusing to eat the pungent innards of whole grilled fish, noting that I hadn’t yet developed an appreciation for what the Japanese call “adult flavors”).

Of course, Koriki said, these potent, cleansing herbs are best eaten in small quantities and thought of as medicines rather than foods to fill the stomach in times of poverty or famine. Other, milder sansai are better suited to that latter purpose. In addition, to reap the full health-giving benefits of medicinal sansai, they should be eaten locally and seasonally. That belief reflects the Buddhist concept of shindo-fuji (身土不二), whose characters mean “body and earth, one and the same.” The phrase was taken up by early-twentieth-century pioneers of the macrobiotic diet to express their belief that the greatest health comes from eating local foods harvested seasonally.

Winifred Bird is a writer, translator, lifelong cook, and lover of plants both wild and domesticated. From 2005 through 2014 she lived in Japan, where she worked as an environmental journalist, grew organic rice and vegetables, and ate as many foraged foods as possible. Her writing has been published in the Japan Times, NPR.org, Dwell, Pacific Standard, Earth Island Journal, and elsewhere. She currently lives with her family in northern Illinois.