For Flint Mother, There’s No Stopping Until All US Kids Have Safe Drinking Water

"I don't want other families to go through what we went through," says LeeAnne Walters
Maureen Nandini Mitra

Until her then three-year-old twin boys began to break out in rashes in 2014 and both she and her daughter had clumps of hair falling out in the shower, LeeAnne Walters hadn’t spent much time worrying about enviornmental pollution. “I mean, I watched the news. I cared about recycling … but mostly, I just took care of my family,” she says. A stay-at-home mom with four kids to shuttle around and a husband in the military, her days were too packed and chaotic for her to able to focus on much else. But when her children began suffering from various illnesses — her older son was even suspected to have cancer — Walters began looking for answers. 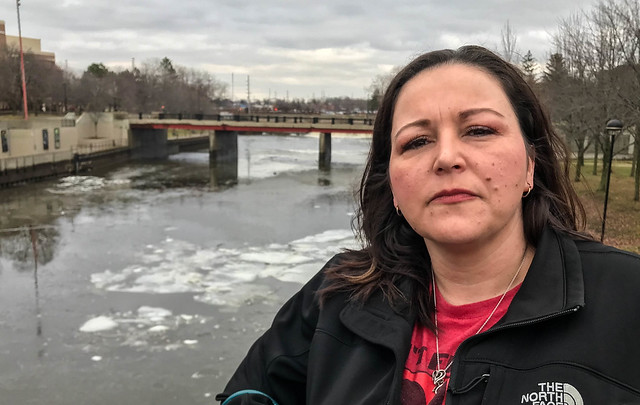 Photo courtesy of The Goldman PrizeLeeAnne Walters played a key role in revealing the extent of the Flint water crisis and the associated cover-up. On Monday, she was awarded the Goldman Prize for her work.

Local doctors in Flint, Michigan, weren’t of much help. They told her the twins’ rashes were due to scabies and initially misdiagnosed her older son’s ailment. But when the water from her kitchen sink started coming out brown in December that year, Walters began to suspect she might have located the culprit. She contacted the city and asked that her water supply be tested. It took the city two more months to send somone to collect a water sample. A week later, the city employee called and informed Walters that her water had lead levels of 104 parts per billion (ppb).

“I think the one thing about it that makes me mad is that, you know, you raise your kids to eat healthy, eat fruits and vegetables… My kids’ first go to was water. Always,” she says, her voice catching.

Lead is a well-known neurotoxin and its impact on children, who are especially vulnerable to exposure, is strongly associated with problems that are extremely costly to society, including learning deficits, socialization issues, violent behavior, and other health problems. There is really no safe level of lead and the US Environmental Protction Agency considers anything over a level of 15 ppb a serious problem. Very young children, between ages 1 and 2, are particularly vulnerable, even at low levels of exposure.

Walters had all four of her children tested for lead in March 2015. Each had high levels of exposure and one of the twins was diagnosed with lead poisoning.

Much of the scandal that followed regarding Flint’s water supply has been well documented: how the city swtiched to sourcing its water from the Flint River in April 2014 in order to cut costs; how it hadn’t been treating the water with an anti-corrosive agent, in violation of federal law; how half of the service lines to homes in Flint were made of lead, and because the water wasn’t treated they began leaching lead and iron into the water supply; and how various state and city officials knew what was going on and tried to cover it up despite continuing protests from local citizens. As has the environmental and public health crisis that ensued. 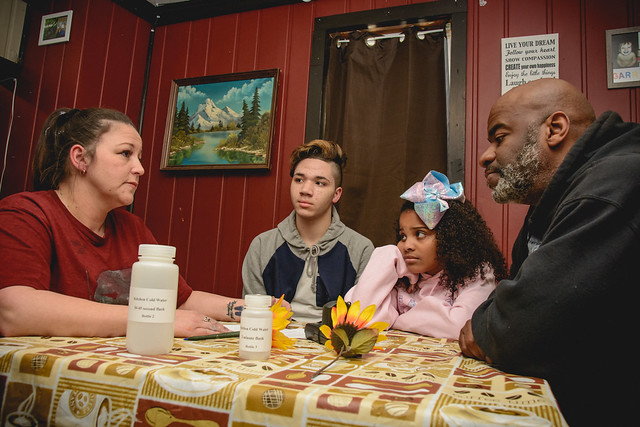 Photo courtesy of The Goldman PrizeWalters, her husband, and a group of volunteers worked around the clock for three months in 2015 to collect water samples from community members and have them tested for lead.

Walters, along with several other community members, played a key role in revealing the extent of the crisis and the associated cover-up. With critical help from a Virginia Tech research team led by Professor Marc Edwards and the EPA’s Midwest water division manager, Miguel Del Toral, and an emergency grant from the National Science Foundation, she worked around the clock along with local volunteers to collect water samples from community members and have them tested for lead.

“My husband took leave to help work with this. For three weeks we were working morning noon and night. There were days when we would get calls at 4, 5 and 6 in the morning and we’d work till midnight, getting the [testing] kits or papwerwork situated for stuff we already had,” Walters says. “We took precautions so they couldn’t invalidate our tests. One of the things we made sure was that we had sampes from every zip code so that we could we could prove, once and for all, that it was a citywide problem and not specific to my home… It was a lot of work on most days… but we did it the way we did it because it was neceassary.”

Edwards had asked her to collect 75 samples, but, Walters says, “We ended up with 277, because that’s just how I work!”

Test results of the samples revealed that one in six homes in Flint had lead water levels exceeding the EPA’s safety threshold of 15 ppb, potentially exposing more than 100,000 residents to lead poisoning. Some homes, including Walters’ own, had lead levels as high as 13,200 ppb — more than twice the level the EPA classifies as hazardous waste.

Edwards and Walters presented their findings at a press conference in front of Flint’s City Hall, leading to an outcry across the nation and forcing officials to cut off water supply from the Flint River in October 2015. By then, another medical study showed that the number of children with elevated lead levels in their blood nearly doubled after the city started drawing from the Flint River in 2014. In neighborhoods with the most severe contamination problems, testing showed lead levels tripled.

The state of Michigan has since been slapped with several lawsuits for knowingly putting the public at risk, and some remedial measures have since been put in place. 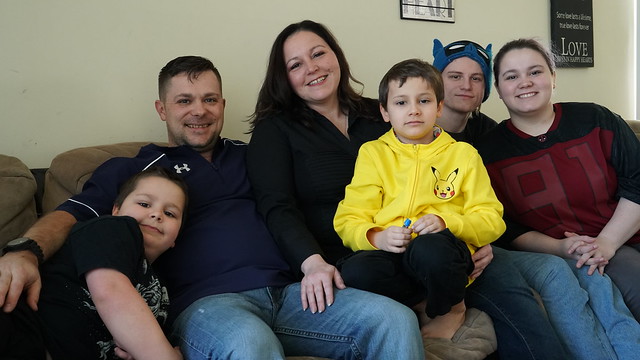 Photo courtesy of The Goldman PrizeWalters children continue to face some serious health issues as a result of their lead exposure, but she refuses to see them as victims.

Flint, unfortunately, still doesn’t have full access to safe, potable water. Michigan Governor Rick Snyder announced the end of a free bottled water program in Flint earlier this month, a move that’s drawn much criticism from local officials and residents, who don’t believe the city water is safe to drink yet. The advocacy group Water You Fighting For? that Walters founded in 2015 with fellow activist Melissa Mays, is one of the organizations that has called for rally in the state capital of Lansing today to protest the end of the free water program.

Walters children continue to face some serious health issues as a result of their lead exposure, but she refuses to see them as victims.“My children are good,” she says. “They are survivors. The twins have some hand-eye cordination issues and speech impairments; they have some of the behavioral issues, one more than the other — a lack of impluse control that poses to be interesting on some days and hair-pulling on others… But they are happy little boys who we refuse to let play the victim card.”

Walters is now working on sharing her water quality sampling methodology — called the Water Study Initiative — with communities across the nation that are fighting similar battles. If successful, the initiative will be the largest citizen-led scientific collaboration in US history. She is also lobbying the EPA to change its water testing standards so that residents can more easily identify contaminated water — and to prevent another crisis like Flint’s. (A December 2016 Reuters investigation found nearly 3,000 communities across 21 states in the US with lead contamination worse than Flint.)

“Flint is an anomaly because it broke federal law, but this is a national problem, this isn’t just a Flint problem,” she says, noting that the water supply in her husband’s military housing in Norfolk, Virginia too, tested for lead levels of 16 ppb. “When we made that public it caused some issues in the military for my husband.”

Though Walter’s husband has been stationed in Norfolk since October 2015, she drives back to Flint every two weeks to continue her work there. “Flint’s my home. It’s where my family and friends are at. When my husband gets done with his contract that’s where we will move back to,” she says. “If the water crisis had been resolved and everybody was OK, I’d have gone back ocassionally… But we are not done yet… To me, knowing what my family has gone through and what we continue to go through… I don’t want other families to go through this. So until we can ensure no child is ever going to get poisoned by the water again, there’s no stopping.”

On Monday evening, Walters was awarded the prestigious Goldman Prize for her work to expose the water crisis in Flint as well her continuing efforts to ensure safe drinking water in all homes across the United States.

“I’m the catalyst for Flint, but this was a community effort,” she said in her acceptance speech during the award ceremony in San Francisco, perhaps cognizant of the criticism being leveled at the prize for ignoring the black heros of Flint. “One person can make a difference, but a community is unstoppable. This award here tonight is not just for me but for everyone who has fought in Flint and who has fought for Flint.”