The fossil fuels divestment movement is making big strides But individual investors have little way of knowing what they own.
EIJ Editor

Last year, on the eve of the historic People’s Climate March in Manhattan, the Rockefeller Brothers Fund (heir to the Standard Oil fortune) made headlines when it announced would it no longer invest its $860 million endowment in fossil fuel companies. Since then, the global movement pushing for investors to pull their money out of fossil fuel stocks has scored a number of other big wins. The California Senate has called on the state’s two largest pension system, CalPERS and CalSTERS. to sell their investments in coal companies. The University of California system has dumped $200 million worth of stock from coal companies and companies involved in tar sands mining. And on Tuesday Leonard DiCaprio announced he was also pulling his money out of fossil fuels. 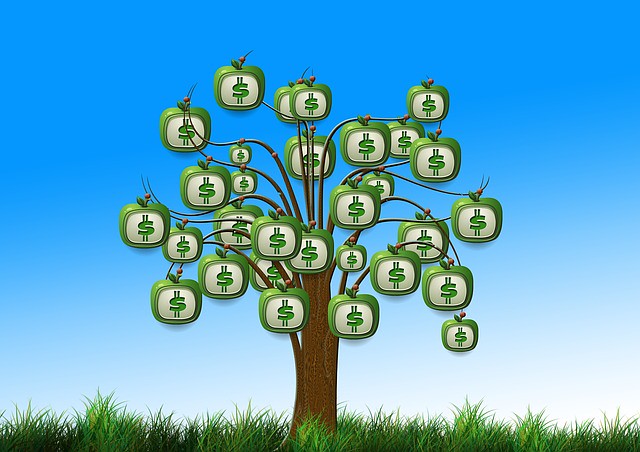 How can you be sure your savings are invested in companies that are 100 percent clean and not in ones that seem determined to set the planet on fire?

According to a report from Arabella Investors, so far governments and investors holding $2.6 trillion in assets have joined the divestment movement.

No doubt this is encouraging news, evidence of the growing cultural potency of the divestment movement. But what if you’re not a huge philanthropy with an expert staff of money managers or a hugely wealthy movie star? If you’re one of the tens of millions of Americans whose only connection to the stock market is through some kind of retirement account or mutual fund, how can you be sure your nest egg isn’t invested in companies that seem determined to set the planet on fire?

The short answer: You can’t be really be sure, at least not unless you’re willing to do some extra research. And even once you know what stocks you’re holding, convincing your mutual fund or money manager to take the divestment plunge is likely to be a tough sell.

The financial markets are notoriously opaque, especially when it comes to huge funds that include hundreds of different equities, bonds, and other investment vehicles (just think of the bundled investments that almost tanked the economy in 2008). Even big retirement funds that have professional staffs sometimes aren’t entirely sure what they’re holding. When DiCaprio was asked at a Tuesday press conference how much he holds in fossil stocks, he waved away the question (literally, just waved). In all fairness, DiCaprio isn’t alone in not knowing what exactly he holds, or how much. When was the last time you took the time to wade through the catalog-thick prospectus that your mutual fund sends once a year?

Mutual funds’ and retirement systems’ lack of transparency about what assets they own represents one of the biggest hurdles for the fossil fuel divestment movement. “How can you own what you own if you don’t know what you own?” says Andy Behar, CEO of As You Sow, an organization that promotes environmental and social corporate responsibility through shareholder advocacy. “People do not know what they own. When you say you’re going to take the divestment pledge, you’re saying you’re going to sell your equities. What you don’t realize is that if you have a 401k plan, there is a high probability that you are invested in ExxonMobil and Halliburton.”

Even a guy like Behar, a leader in the socially responsible investment field, had a hard time figuring out where his money was. It took him days of research to learn what was in his mutual funds. “Of the seven funds I was invested in, more than half of them had Exxon and Halliburton and Southern Company,” he says. “And that was very disturbing to me.”

After going down what he called “the rabbit hole” of mutual fund holdings, Behar and his colleagues decided to build an online tool that will help small-time investors identify whether they’re holding stocks in coal, oil, or gas companies. “Not only are fossil fuels embedded in our lives, they’re embedded in our investments, and very few people realize that,” Behar told me.

Indeed. Earlier this week Behar took some time to walk me through his organization’s new investment tracker tool — which you can find at Fossil Free Funds — and the results were eye-opening, if not exactly surprising. Every major fund is holding some amount of fossil fuel stock.

Take the Vanguard Value Index (ticker symbol: VIVIX), a fund with some $38 billion under management. While it has sold its holdings in major coal companies, about 18 percent of its portfolio remains in fossil fuel stocks of some kind. “If you’re looking for something that is carbon-free, Vanguard has nothing,” Behar said.

Next we checked out top mutual fund in the US, the S&P 500 (SPY). Its $176 billion worth of investments includes 72 holdings in fossil fuel companies accounting for about 11 percent of its total portfolio.

What about the Fidelity Contrafund (FCNKX), the largest of the many different Fidelity funds with $113 billion in assets? It, too, is invested in fossil fuels, with just shy of 6 percent of its holdings in “flagged companies.”

And so on. The Fossil Free Funds tool currently tracks 1,500 of the biggest mutual funds, relying on the raw data from market analysis firm Morning Star. Nearly all of them have some stake in the carbon economy. There are a few funds that are 100 percent clean — including Parnassus Fund (PARWX) and Portfolio 21 (PORTX) — but they are tiny in comparison to funds in which most American households are invested.

So what’s a regular, small-money investor to do? Behar says that if your retirement savings is part of a company 401k plan, you should talk with the company’s HR department to see if they would offer a fossil fuel-free fund. “You are going to have to talk with your 401k administrator, and they are going to have to talk with Vanguard or Fidelity,” Behar says. “Vanguard and Fidelity need to hear from their customers that they have to start offering fossil-fuel free funds.”

If your savings is overseen by a private financial planner, you should make the same case to them, and consider moving your money to one of the 100 percent-clean funds that do exist. Behar told me: “I think the financial planner should be able to offer you what aligns with your values. That’s their job. If you say, ‘I don’t want to own any defense companies,’ they will screen for that. And if you say, ‘I want you to screen for fossil fuels,’ they will say you’re crazy.”

Making a moral case to your financial planner about why you’re opposed to fossil fuel investments is important, Behar says. And, at the same time, there’s a financial case to be made. “From a purely fiduciary position, you should divest from fossil fuels,” Behar says. The business model of the major energy companies, he says, is simply not financially sustainable in the long term. For example, giant Chevron is spending more money on exploration than it’s earning in revenue from oil sales.

“We have to change the entire management of the 200 largest energy companies in the world,” Behar says. “It’s time to pull the rip chords on 200 golden parachutes.”